Helmet provides investors in the cryptocurrency market with a wide range of risk hedging options. Based on the Binance Smart Chain, it avoids the trouble of high handling fees.

In 1666, the most serious fire in the history of the City of London caused huge losses to Charles II’s subjects, but also gave birth to a modern insurance system.

However, compared with the “fire” risk of houses, financial market participants who have huge amounts of money game all the time need to bear more risks than they are, especially for the long-standing high volatility. , And there is no cryptocurrency market that is closed on weekends and holidays. Although the bull market is still thriving on the surface, no one can assert that “March 12” will not repeat itself. Risk hedging is an undoubtedly necessary choice now.

There are many ways to hedge, contracts, options, insurance, etc. can provide different degrees of protection, but each method has more or less problems. For most investors, options are more complicated, especially as a hot decentralized option exchange, the complexity of operation is beyond the scope of most understanding; and contracts are not a hedging tool in the hands of most investors. It is a leveraged trading method that amplifies profits and risks at the same time.

At this time, insurance has become one of the few products that can really play a role in risk control. Helmet, as an insurance deployed on the Binance Smart Chain, can provide investors with rich but easy-to-understand risk hedging options.

On the Helmet platform, you can purchase various types of insurance, and the names of many insurances are very intuitive, such as double insurance and cut insurance. Becoming an insured party means that as long as you purchase these insurances, the insured party will be able to get the corresponding compensation once these currencies are doubled, cut or broken.

And this also means that what Helmet wants to do is not a pure insurance provider, but an insurance platform. This C2C model is more similar to Huize and Xiao Umbrella, and it also gives the platform more flexibility and room for development.

Becoming an insurer on the Helmet platform is not a very complicated matter. In the early days, the Helmet team will be the first to release some insurances with relatively active assets on the chain; then, the platform will fully open the insurance portfolio tools to sellers, and anyone can customize and release suitable insurance products according to their own currency.

After purchasing the insurance policy, the insured party will get LONG Token. This LONG Token is somewhat similar to the nature of NFT, including the correct asset type, policy price, premium, and number of policies.

The role of LONG Token is to get out of danger. If the payment conditions are met, the wallet will automatically call LONG Token, deduct the insured assets, and send the valued assets corresponding to the insurance policy.

On the underwriting side, once the policy is successfully issued, it will receive SHORT Token. The insurer can obtain Helmet’s platform governance token: HELMET by mortgage SHORT Token.

It is worth noting that according to the content of its official website, only SHORT Token can mortgage mining at present, while LONG Token does not have this function. The project party has a clear tendency to encourage users to provide liquidity and issue insurance policies.

READ  Bears Control Chainlink as Long as It Holds Below One Crucial Level: Analyst

The total issuance of HELMET is 100 million, but in the first year after launch, the maximum issuance of HELMET is 50 million, of which 10 million will be used for IFO; 27.5 million will be distributed to HELMET community members within one year to reward policy collateral , LPT liquidity mining and governance or proposals; 5 million pieces will be dug out with the mine as developer funds; 7.5 million pieces will be used as the BSC ecological treasury and invested in the BSC ecological construction.

Holding HELMET, in addition to being able to purchase insurance policies on the platform as a premium, you can also obtain insurance transaction fees through mortgages and participate in community governance and voting.

Insurance track has become a new hot spot in DeFi

As a risk control tool, insurance products surpass options/futures in ease of use, so insurance has become a hot spot in DeFi today.

The most typical is Opium, a decentralized derivatives exchange headquartered in the Netherlands that once featured diversified options products, especially CDS (Credit Default Swap/Swap) as the industry pioneer.

However, Opium currently provides a relatively single type of insurance, mainly due to hacker attacks on DeFi contracts and the collapse of stablecoins. Opium’s insurance page shows that its main insurance is USDT. If the price of USDT falls by more than 5% compared to USDC, users will be able to receive the full difference if they are insured.

Cover Protocol’s insurance logic is somewhat similar to Helmet. By setting up “CLAIM” and “NOCLAIM” two NFT tokens containing policy information, the tokens are provided with pricing and transaction mechanisms, and 88mph, AAVE, SUSHI, and Badger are also supported. Of many popular items. However, Cover itself broke a contract loophole at the end of December last year, and the currency price was close to zero.

The more “old” insurance is Nexus Mutual, which can be regarded as the pioneer of DeFi insurance, and currently ranks first in the amount of DeFi insurance items locked. There are many similarities between Nexus Mutual and Cover. Both provide insurance for the security risks of smart contracts, and both require community voting to determine whether to pay for the loss of a certain project. Although this fully reflects the mechanism of community governance, it is inefficient.

Unlike many insurance counterparts, Helmet did not choose Ethereum as the main battlefield, but instead used Binance Smart Chain (BSC) as its position.

The current GAS fee on Ethereum is high, which is not too friendly for retail investors, and sometimes the premium is not as high as the GAS fee. Choosing BSC as the main battlefield can largely avoid the trouble of GAS fees.

In addition, because of Binance’s support, BSC is also a public chain competitor that can still maintain vitality under the background of Ethereum’s dominance. Choosing to deploy on BSC, Helmet can also make full use of the synergies of other BSC projects.

On January 13, Helmet conducted a platform fundraising (Initial Farm Offering, IFO) on Pancake, the DEX platform with the largest transaction volume on BSC, and planned to raise US$1 million, but a total of more than US$9 million of funds participated in the IFO. The blessing of Binance has also created ample room for imagination for BSC’s outstanding projects. This is also one of Helmet’s constraints. After all, currently only Ethereum can create enough vitality and traffic for DeFi. 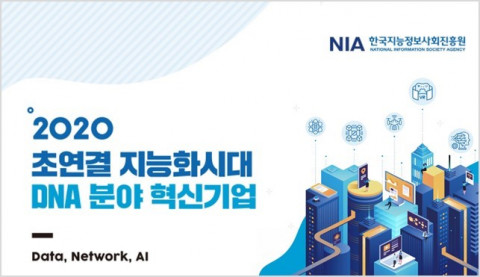 Double Chain, selected as an innovative company in the DNA field by the Ministry of Science and ICT