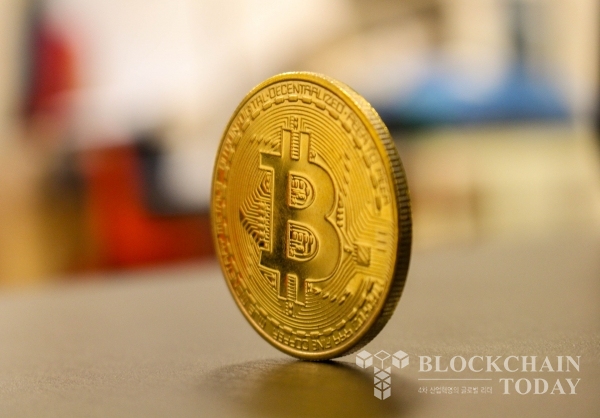 [Blockchain Today Editorial Team] Cointelegraph, a media specialized in cryptocurrency, selected 5 cryptocurrencies worth noting in the second week of February and announced them on the 6th (local time).

According to CoinGecko data cited by Cointelegraph, the total cryptocurrency market capitalization increased from $1.78 trillion on the 3rd to about $2 trillion on the 6th.

Bitcoin (BTC) broke through the psychological resistance of $40,000 on the 4th and maintained this level ‘successfully’ over the weekend. However, data analyst Material Scientist warns that large traders with more than $100,000 are selling during this rally.

The following is an analysis of BTC, ETH, NEAR, MANA, and LEO, which are worth noting cryptocurrency, as reported by Cointelegraph in the second week of February.

Bitcoin (BTC/USDT)
Bitcoin closed on the 4th after soaring above its 20-day exponential moving average ($39,600), indicating that the buying force is attempting a strong rebound. On the 5th, it was shown that traders who bought BTC at a lower level were still not taking profits.

The Relative Strength Index (RSI) is positive territory, indicating momentum favors a bull market. However, this does not appear to imply a linear rise in BTC and USDT, a dollar-based stablecoin. BTC sellers are expected to see strong resistance between the 50-day simple moving average of $42,860 and $44,500.

If the current price declines in the overhead area but does not plunge below $39,600, it means that this level is turning into support. Buyers will then attempt to push BTC/USDT above the overhead area. If successful, the next one is likely to test the 200-day SMA of $49,115.

The 4-hour chart shows an ascending triangle forming that closed above $39,320. The target price for this bullish pattern appears to be $45,722.

BTC price is currently consolidating a narrow range between $42,168 and $4843. A break above this range can be interpreted as a signal that the uptrend will resume. Then the rally could hit resistance at $44,500. Conversely, if the price drops below $49,800, BTC/USDT could drop to the level of $39,320.

Ethereum (ETH/USDT)
On the 4th, ETH surged above the 20th EMA of $2839, reaching the channel downward resistance level. Sellers are likely to do their best to defend at this price point, where they previously acted as strong resistance.

Failure to maintain this resistance level and the 50-day SMA of $3256 will lead to a bearish market. In this case, ETH/USDT could drop to the 20-day EMA and then down to $2652.

If the price rebounds in this area, it means that traders sentiment has shifted from selling to buying when falling. Then, it looks like the buying forces will try once more to push ETH/USDT above the overhead area. On the other hand, if the price drops below $2652, it suggests that ETH/USDT may consolidate in the channel for a few more days.

The 4-hour chart shows that the price is rising within an ascending channel pattern. The RSI is in positive territory, while the 20-EMA and 50-SMA indicate that the buying power is dominant.

If the buying force raises the price above this channel, the momentum will increase and the selling force is expected to receive strong resistance. In this case, the price could rally to $3400. Conversely, if the price falls below the 20-EMA, there is a possibility that it will plunge to the support level of this channel.

On the 5th, sellers tried to bring it back below the 20-day EMA, but without success, the uptrend continued. On Sunday, buyers tried to push the price above the 50-SMA of $14.

Conversely, if the price declines from its current level, the selling force will try to pull it below the 20-day EMA. If that happens, NEAR/USDT could drop to as low as $10.

The 4-hour chart shows the formation of a symmetrical triangle that functions as a reversal pattern.

The current recovery is facing strong resistance at the 200-SMA, but if the price rebounds from the 20-EMA, it means that buyers are ‘buying the bottom’. In this case, the chances of breaking through the 200-SMA increase. If this happens, the price could move upwards to $16.36. However, if the price falls below the 20-EMA, this positive outlook could be negated in the short term.

◆MANA/USDT
On the 31st of last month, MANA broke through the EMA of $2.70 on the 20th, but met resistance at the SMA of $2.93 on the 50th on the 1st and fell. However, sellers were unable to bring the price below the 20-day EMA, indicating that the 20-EMA has turned into support.

Then, the uptrend resumed, and on the 5th, the buying force pushed the price above the 50-day SMA. If this price holds, MANA/USDT is likely to rise to $4.

Conversely, if the price falls below the moving average, aggressive selling is expected by the sellers. In this case, MANA/USDT could retest the 200-SMA support at $2.03.

The 4-hour chart shows that the 20-EMA and 50-SMA are both rising and the RSI is in overbought territory. This indicates that the buying force has an upper hand, and if it declines from the current level, it is highly likely to find support in the moving average.

For now, MANA/USDT could move up to $4 after facing strong resistance from $3.40 on the positive side. Conversely, if it declines from the current level, it is likely to drop to $2.40.

See also  Changzhou: The scale of synthetic assets and mortgage assets issued through the blockchain in the future will exceed one trillion US dollars

LEO/USD
LEO closed above $3.92 on the 1st, completing a rising triangle pattern.

Sellers have tried to bring the price down again on the 2nd and 3rd days with no success. On the 4th, buying resumed, and the price reached a record high of $5.44.

However, the long wick in the candlelight today signaled a high level of earnings recovery and dragged the RSI down from overbought territory.

In general, bullish corrections are short-lived. The long tail of the candle shown on the 6th shows the ‘buying low’ of the buying force, and the buying force is expected to try to raise LEO/USD above $5.44. If successful, it could climb to $5.81 and then cross $6. Conversely, if the selling force pulls the price below $4.50, LEO/USDT could move towards the 20-day EMA of $4.06.

The 4-hour chart shows LEO/USDT is correcting in an uptrend. Buyers have successfully defended the 20-EMA and are attempting to raise the psychological resistance level of $5. If successful, there is a chance it will hit an all-time high once again at $5.44.

Conversely, if the price declines from its current level and falls below the 20-EMA, short-term traders will see a return on their profits. If this happens, the price could drop to $4.20.