According to Coindesk’s report on November 4, the ETH2.0 deposit contract is now in effect. At the same time, Vitalik Buterin published an article on Twitter on November 6, 2020 entitled: “Why Proof of Stake? (Nov 2020)”, which expressed that ETH2.0 adopts PoS as a foregone conclusion. The frequent outflow of news about ETH2.0 indicates that it is coming soon.

In this regard, users are eagerly looking forward to the upcoming ETH2.0, and make certain analysis and popular science in the network exchange platform.

In addition, what most reflects users’ expectations and concerns is the price change of ETH tokens. According to OKEx data, since the announcement on the evening of November 4th, ETH has risen sharply, reaching a maximum of $467, and then stabilizing $450. As of November 9, the increase was as high as 24.8% compared to November 4.

From the discussion of the followers and the rise in the price of ETH, it undoubtedly reflects the expectations of investors for ETH2.0. However, the ETH2.0 update not only optimizes the technology, but also changes the mining reward algorithm. Is this the same expectation for miners who directly contact ETH2.0?

The answer is uncertain.

Since the advent of ETH, it has adopted the same mining reward algorithm as BTC-PoW. PoW (Proof of Work) Proof of Work requires all nodes to solve the cryptographic puzzle. That is, the miners who solve the more cryptographic problems in the same time will receive more rewards. In short, PoW is to allocate according to work, do more and get more.

As ETH has gradually approached the public’s field of vision, the disadvantages of PoW have become increasingly prominent. First of all, PoW does not perfectly reflect the ability of miners, but requires miners to spend a lot of money to buy larger and more responsible mining machines. Only when the mining machines operate faster, can the miners solve the cryptographic problems faster and get more mining rewards. ; Secondly, ETH will adjust the difficulty of important nodes. With the gradual increase in mining costs, when the cost of mining is higher than the mining revenue, people’s enthusiasm for mining will be greatly reduced, resulting in a substantial reduction in computing power, and the network security of the public chain using the PoW mechanism is threatened.

Taking into account the above shortcomings, when upgrading ETH2.0, the V God team proposed that the PoS mechanism will be used to reward miners when ETH achieves a full upgrade to 2.0.

PoS (Proof of Stake), the proof of stake is in the form of election, in which any node is randomly selected to verify the next block. There are no miners in the proof of stake, but a validator to create a new block. The verifier is not selected completely at random. To become a validator, you need to deposit a certain amount of tokens as equity in the node network, which can be understood as a deposit.

READ  Broad Capital and New: How to Define Digital Life and Digital Assets in the Web 3.0 Era

The size of the stake determines the probability of being selected as a validator, which is linearly related. We can assume that Lily deposits $100 in it and Jackson deposits $1,000. Then, when the election is held, Jackson has a 10 times higher chance of becoming a validator than Lily. In short, PoS is to distribute according to money and make money with money.

Secondly, under the PoS consensus mechanism, it is easier to recover from attacks. In a GPU-based system, without any defense measures, a persistent attacker can easily paralyze the entire chain permanently (or switch to PoS or PoA). In an ASIC-based system, the community can respond to the first attack, but then becomes helpless. First, the community will change the PoW algorithm through a hard fork to respond to the first attack, thereby “locking in” all ASICs (attackers and honest miners). But if the attacker is willing to bear the initial cost, the situation will return to the same as the GPU situation afterwards (because there is not enough time to build and distribute new algorithms for ASICs), so the attacker can continue to spawn camp cheaply Attack, this is inevitable. However, it will be much better in the case of PoS. For certain types of 51% attacks (especially rolling back the finalized block), there is a built-in “Slashing” mechanism in the proof of equity. Through this mechanism, the attacker’s majority of the equity (not including Other people’s) will be automatically destroyed. For other more difficult attacks (51% coalition censoring-A 51% coalition censoring everyone else), the community can coordinate on a soft fork (UASF) activated by a few users, and the attacker’s funds are once again mostly destroyed. There is no need for explicit “hard fork currency elimination”. Except for the coordination and selection of a few blocks on the UASF, the others are all automatic and only need to be executed in accordance with the protocol rules.

First, PoS is more like a “closed system”, where wealth concentration takes a long time. In PoS, if validators have some, they can be used to pledge them to obtain more revenue, but in PoW, miners can continuously obtain more rewards through external resources. Therefore, in the long run, the distribution of coins in PoS may become more and more concentrated. However, the general reward (validator’s income) in PoS is very low. The more people verify, the less revenue each person gets. Centralization may take a long time to double.

Second, PoS requires “weak subjectivity”, while PoW does not. In PoS, when a node goes online for the first time, or any node goes online after being offline for a long period of time (ie, multiple months), the node must find some third-party sources to determine the correct chain head. This may be their friends, exchanges, block search sites, client developers, etc. That is, PoS is subjective and requires a certain foundation of trust to continue. But PoW does not have this requirement.

However, compared to PoW, the mechanism of PoS is closer to decentralization and is consistent with the original design concept. This will also be the team’s biggest advantage in choosing it.

From the perspective of the concept and advantages and disadvantages of the reward mechanism, it is undoubtedly good for ETH2.0 to transform PoW into PoS, but is it true?

ETH has gone through 7 years since the publication of the white paper.

This is a long journey for the ETH miners who have entered the market. They have experienced the difficulty of not being optimistic about Ethereum, the silence of not being paid attention to by the market, costing huge costs, and spending a lot of effort in it. With the continuous mining cost Increase, and the income of miners in ETH in the mining pool gradually decreases.

Will the transformation of PoS change their situation?

In my opinion, it may or may not. For some miners who entered the market early, they may have made a lot of money in the early days of Ethereum. For the PoW mechanism, they only need to update the equipment regularly or pay a certain electricity bill, and the input cost is far lower than the early benefits. PoS conversion has little effect on them.

For the miners who enter the market later, this may be a misery. They have already spent a huge amount of money in the early stage to purchase expensive mining machines. The transformation of the PoS mechanism may make it difficult for them to pay back the cost of ETH in the short term. . Therefore, a large number of miners may switch from mining ETH to other small coins in order to recover the cost of mining machines. ETH will lose a group of supporters. For miners who leave, this is not necessarily the best way to relieve or recover costs. With the launch of ETH2.0, its benefits may be much higher than those of small currencies, and miners need to spend more Long time cost to recover the mining cost, or missed opportunities. At the same time, miners will need to invest new costs in the PoS mechanism to get better opportunities. This requires miners to have enough savings and patience to invest, but perhaps after a period of time they will have more income than the investment.

For new validators who plan to enter the market based on market conditions, this is a good opportunity to enter the market. Compared with older miners, they can save the cost of expensive mining equipment invested in the initial stage, and can use the saved cost in PoS Invest more funds in China, with a higher probability of being selected for verification. However, according to the article published by V God, in Ethereum 2.0, the team expects that the annual validator reward is equivalent to about 0.5-2% of the total supply of ETH, and the more validators, the lower the interest. As the number of validators investing in ETH2.0 increases and the number of coins put into the ETH2.0 fund pool increases, the rewards for validators will also decrease, and the benefits that users earn through verification will decrease.

The transformation of the ETH2.0 reward mechanism from PoW to PoS has advantages in design concepts and investment costs. For miners, opportunities and challenges coexist; at the same time, market investment is uncertain, and currency prices will be based on any factor. Ups and downs; how to invest in the market at the right time requires investors to carefully consider. 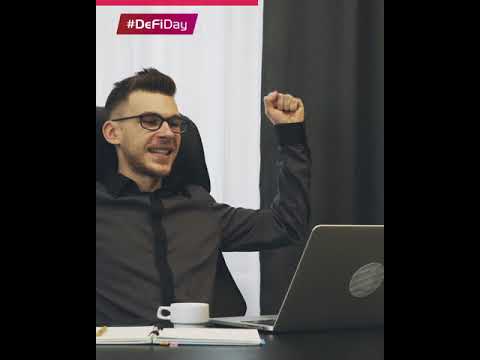 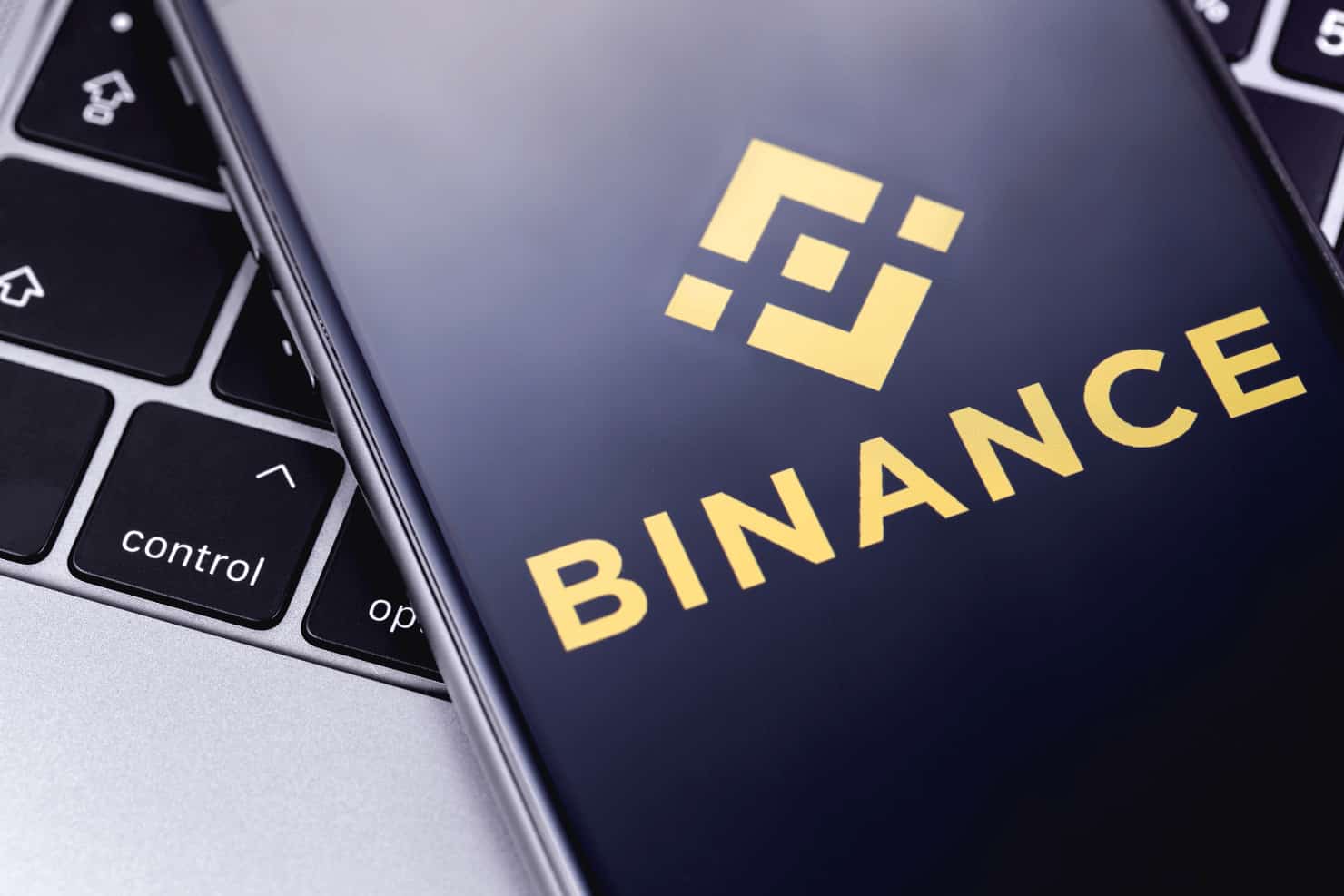 Rolling Stone: Portugal, who won the Grammy Award, said that cryptocurrency is the rock of the new era. Why?