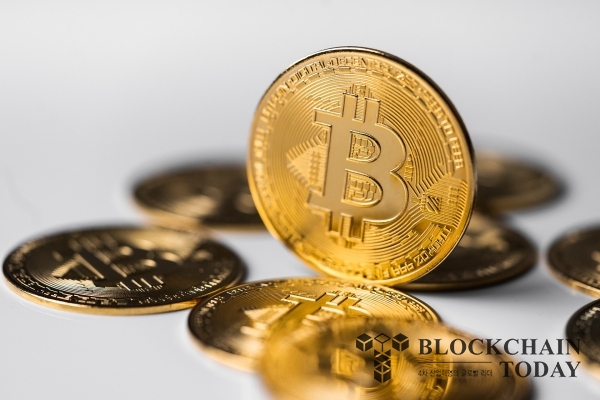 [Blockchain Today Editorial Team] Two years have passed since Bitcoin plummeted to $3,600 right after Corona 19. Bitcoin has recently been trading at a price ten times higher than it was then, but significant challenges are expected this week ahead of major macro changes, Cointelegraph reported on the 14th (local time).

According to the report, in particular, the US Federal Reserve (Fed) is scheduled for two days on the 15th and 16th, which is expected to be an important week in establishing the relationship between Bitcoin and altcoins and traditional assets.

Can Bitcoin, which has been boxing since the start of 2022 amid adverse conditions such as inflation, quantitative easing, and Europe’s geopolitical turmoil, break the mold? Cointelegraph, a media specialized in cryptocurrency, reported on the conditions that can act as a ‘catalyst’ for the Bitcoin price.

Russia and China, inflation and the US Fed
Cointelegraph predicts that the “kingmaker” of Bitcoin and cryptocurrency performance this week will be the US Federal Open Market Committee (FOMC), which will be held on the 15th and 16th. At the Federal Open Market Committee (FOMC) this week, when the key rate hike expected from 2021 will be decided, the prevailing view is that it will raise the key rate by 0.25 percentage points, from the current 0-0.25%, to 0.50 percentage points from 0.25. .

In this case, the Fed’s rate would be a ‘moderate hike’, but the impact on Bitcoin is expected to be significant. Data analysis firm Santiment said, “The Fed’s 0.25 percentage point rate hike will mean a lot to cryptocurrency and stock market participants. Because,” he explained.

In addition, as macro players that will affect Bitcoin, which Cointelegraph has selected, are Europe, which is about to vote on the cryptocurrency bill, Russia, which faces the risk of default, and increased inflationary pressure due to Russian economic sanctions. there is. In addition, the regional lockdown measures caused by China’s COVID-19 resurgence are taking a further blow to the global economy.

◆Corona 19 Fall for the first time in two years since ‘Black Thursday’?
Given that any of the macro factors mentioned above could trigger a ‘new defeat’ in stocks, it seems best for short-term bitcoin traders to ‘be careful’, Cointelegraph said.

Popular Twitter account Crypto Tony claims: “So far, we’ve seen a dip caused by individual macro factors, but we haven’t seen a capitulation dip yet with a white flag.”

Among market participants, such ‘capitulation’ is already being discussed as a ‘stark possibility’, and Cointelegraph said that at that point, Bitcoin was raised to $3,600 in the Corona 19 chaos on March 12, 2020. He said it was expected to come on the day nearly two years after the crash. He also said that while Bitcoin broke through the $40,000 level a few times, it failed to keep it and did not form a clear support level.

According to another popular Twitter account, Plan C, Bitcoin could drop as low as $27,000 in a month. Plan C added on Twitter, “I’m not sure it’s going to $27,000, but if history repeats itself, this could be the lowest price for this acquisition phase.” The ‘acquisition phase’ was formed as the demand of some investors increased as the price of Bitcoin recently fell.

The latest edition of The Week On-Chain, a weekly newsletter released on the 7th, noted that on-chain analytics platform Glassnode “is paying close attention to this trend” and “current overall selling volume” is a fairly insignificant level considering the macroscopic situation.”

Market sentiment does not impress anyone
According to Cointelegraph, sentiment in the overall cryptocurrency market, including Bitcoin, is pointing to ‘a firm downtrend this week’.

Twitter analytics account On-Chain College said, “Bitcoin sentiment is worse than July 21, but price has risen more than $8,000 from its July 21 lows,” said Cain Island Digital Research. Cane Island Digital Research) argued on the 13th that “current Bitcoin trading volume is terrible in terms of price indicators, but it seems appropriate as a sentiment indicator.” It means we’re getting close to the bottom.”

Meanwhile, the Crypto Fear & Greed Index has been in the ‘extreme fear’ area around 20/100 since mid-February.

◆El Salvador Volcanic Bond Explosion?
However, Cointelegraph reported this week that ‘good news against grim macro factors’ may come from El Salvador, the ‘land of bitcoin fiat’. The world’s first 10-year Bitcoin Treasury bond worth $1 billion, known as ‘Volcano Bonds’, could be issued this week.

El Salvador announced last year that it would seek long-term investment partners through the issuance of volcanic bonds collateralized with Bitcoin, which will be produced through volcanic heat mining. Among market participants, the news was welcomed by the potential for a massive influx of funds into the Bitcoin ecosystem.

Samson Mow, former Chief Strategy Officer of Blockstream, told the Bitcoin Standard Podcast: “If El Salvador issues these bonds, the world will need to borrow money at the mercy of the IMF or central lenders. “It shows that almost anything can be financed with Bitcoin-backed bonds,” he said. However, he added, “It is difficult to evaluate it as a change in the global economic paradigm.”

See also  XRP community demands 'seat at the table!' What are the Ripple effects?