Fred Wilson is the co-founder of Union Square Ventures and has invested in well-known Internet companies such as Twitter and Tumblr; in the blockchain field, USV has invested in well-known projects such as the Coinbase trading platform, Algorand, and FileCoin. Fred is one of the first investors to participate in social media and is known for his continuous and uninterrupted thought output on Twitter.

This article is an article published by Fred on AVC on December 14, 2020, expressing his expectations and prospects for the cryptocurrency field. The full text is as follows:

A few years ago, perhaps in 2016, we discussed blockchain and encryption technology at the annual investor meeting. I remember someone in the audience suggested that the NYSE and Nasdaq could rebuild their markets on the basis of these technologies. I replied that I think new markets for crypto assets based on blockchain are more likely to compete with them.

We now have a 24×7 global crypto asset market with a market value of more than 500 billion U.S. dollars and hundreds of billions of dollars in daily trading volume. Compared with the traditional capital market, this is dwarfed, but this is also the charm of the new industry.

The traditional capital market has not stagnated. For example, during the IPO process, some innovations are also taking place. (SPAC, a way of overseas backdoor listing)

But if you want to see the world we are about to move into, I think it’s best to look at the cryptocurrency market. They operate day and night and are global. Anyone can buy, sell, hold and transfer these assets, as long as they have an encrypted wallet, browser or mobile phone. Investing in crypto startups doesn’t have to be rich, anyone can do it.

The crypto market is also constantly innovating in areas such as lock-in, vesting and governance. In a traditional IPO, existing shareholders are usually locked for 180 days, and then the ban is completely lifted. In the crypto market, we see various forms of token cashing and lock-in being tried. What is emerging is the lock-up of existing token holders, and these lock-ups are much longer, but will provide a small amount of early and timed liquidity.

We have also seen many innovations in governance. Cryptocurrency projects are committed to giving the token holder community a real say in how the project works. In recent months, we have seen many communities make very significant changes in the total supply of tokens, inflation rate, and technology roadmap. I can’t think of any listed company that would allow shareholders to have such an influence on their direction of development.

Now, these markets are still parallel universes, but I don’t think this situation will continue. It is very simple in theory to tokenize securities and trade in the encrypted market. This situation has not really happened yet, but I expect it will happen in the near future. Then, we will have the opportunity to see two identical assets traded simultaneously in traditional markets and emerging markets. When this happens, there will be more and more arbitrage opportunities. New markets will put pressure on traditional markets, forcing them to adapt, change and develop as quickly as possible. Although this is difficult, it is not impossible.

The global nature of the crypto market is also a challenge for regulators, who have always played a role that continues to hinder innovation. For example, why must it be the rich who invest in startups in the United States? This is just a way for the rich to stay rich and others to stay not. If you trade crypto assets and something is not allowed in the United States, then you can trade, loan or pledge elsewhere. Many/most people are doing this. This can enable continuous innovation in the cryptocurrency field, even when some jurisdictions such as the United States react slowly and hostile to the innovation of the capital market.

Therefore, if you want to see the future of capital, look here, not there. All innovations, experiments, and new things happen “here.”

READ  After Uniswap ceased mining, the transaction volume will not decrease. Is liquidity mining really necessary?

Rhythm note, the original text here refers to Coinbase, which extends to the cryptocurrency market; there refers to the US stock market, which is extended to the traditional capital market. 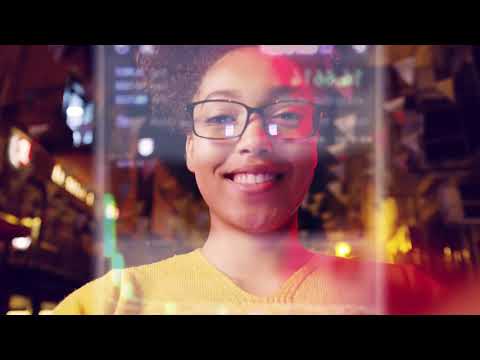