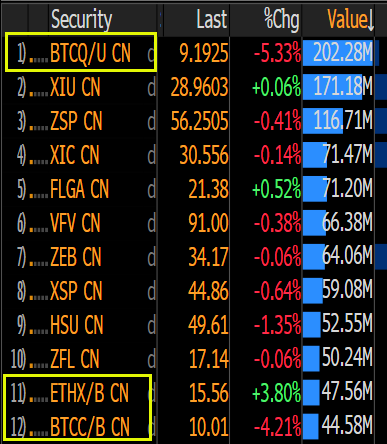 According to a Form S-1 filed with the U.S. Securities and Exchange Commission (SEC), asset manager VanEck Digital Assets has filed for an Ethereum Exchange Traded Fund (ETF). Called VanEck Ethereum Trust, it would trade on the exchange Cboe BZX, if approved.

The investment product would track the MVSI CryptoCompare Ethereum Benchmark Rate and would hold physical ETH. As Custodian, VanEck has appointed the Delaware Trust Company.

Per the document, the custodian will hold the physical ETH. If the cryptocurrency trade downwards, VanEck will redeem or sell more shares. Selling the ETH has been ruled out. According to the document:

The Trust’s investment objective is to reflect the performance of the MVIS® CryptoCompare Ethereum Benchmark Rate less the expenses of the Trust’s operations. In seeking to achieve its investment objective, the Trust will hold Ether (“ETH”) and will value its Shares daily based on the reported MVIS® CryptoCompare Ethereum Benchmark Rate.

Asset manager VanEck has also filed for a Bitcoin ETF with the SEC. In the past, theirs and the rest of these petitions have been rejected by the regulator. However, the current seems different and more promising.

Gary Gensler, former MIT professor with a course on cryptocurrencies and blockchain, has been confirmed as Chairman by the U.S. Senate. His position appears to be more flexible and pragmatic than his predecessors. The regulator will evaluate VanEck’s petition and rule in favor or against it. The SEC has an extended period to issue its ruling which, in the past, has always used.

In the meantime, there is a crypto mania for Crypto ETFs in Canada, as Senior ETF Analyst for Bloomberg Intelligence Erick Balchunas said. The country has approved several Bitcoin and Ethereum ETFs and their trading volume has skyrocketed in the past weeks. Balchunas said:

Canada going crazy for crypto. Thought the story would be $ETHX’s record smashing volume but no, the 3iQ Bitcoin ETF came out of nowhere to trade $200m, most in country. Likely (another) massive creation. It’s already up to $600m aum (equivalent of $16b in US lol).

Grayscale’s ETH-based investment product, the Grayscale Ethereum Trust (ETHE), is the closest thing investor in the U.S. have to an ETF. Last week, this product’s volume surpassed that of the Grayscale Bitcoin Trust (GBTC), as Balchunas said.

See also  You Can Soon Get Your DNA Sequenced Anonymously

This suggests ETH has been gaining attention from institutional investors. The price has responded accordingly with ETH reaching a new all-time high in the same period.