Last week the Cosmos Network launched, which I believe to be a major event. Yes, it’s a blockchain initiative — but definitely not just another one. If I’m right, its repercussions will one day reach your life too, though it’s sufficiently bleeding-edge that those ripples probably won’t hit you for a decade. Maybe five years, for a cutting-edge TechCrunch reader like you.

(Yes, those are bold words, but if I do say so myself, my track record is pretty good with this sort of thing. The last blockchain launch I wrote about was Ethereum, which you may have since heard of … and I was the only non-specialist commentator / journalist to cover it at the time.)

This launch is an abstruse and extremely technical achievement, currently only important to those who already live amid that tiny, weird subculture of humanity which reveres blockchains as the path to a better, decentralized, fairer future. (Not to be confused with the much larger number who view cryptocurrencies primarily as an opportunity to get rich quick, never mind how sketchily.) But it’s a highly impressive technical feat, with every chance to ultimately become important to many more people.

Cosmos calls itself “the Internet of Blockchains,” and it is that, but it’s also something else important: it is one of the first major decentralized Proof-of-Stake networks to launch. (No, EOS doesn’t count.) In this model, instead of being secured by “miners” who solve computationally hard problems at the cost of gigawatts-and-counting of electricity, blockchains are verified by “validators” who purchase (or are delegated) cryptocurrency which they “stake.”

These validators, per the name, then ensure that the chain’s transactions are valid, knowing that they will earn rewards if honest and accurate … but if they are dishonest, or in error, or offline, their stakes will be “slashed” i.e. they will lose money. (At present there are 100 validators; this number is due to triple.) It has been shown, at least in theory, that even if validators dishonestly collude, as long as at least two-thirds of them remain honest, the chain remains secure.

This is a very big deal because the enormously better efficiency and speed of Proof-of-Stake open a pathway to decentralized systems which support many many more actions than Proof-of-Work chains like Bitcoin or (today’s) Ethereum, with a vastly vastly smaller ecological footprint. If Proof-of-Stake succeeds in the harsh, cruel real world — admittedly a big if; its implementation is complicated, and has a much larger attack surface, both social and technical, than Proof-of-Work — then blockchains may finally be able to seriously scale, with acceptable security, without consuming a noticeable fraction of the world’s electricity.

Cosmos’s ambitions go much further, though. Cosmos isn’t intended as Just Another Blockchain. We have more than enough of those already. It’s intended as a hub which connects other blockchains to one another — hence “The Internet of Blockchains.” What’s more, it provides tools which, in theory, make it far easier for any software engineer to builda brand-new, custom-designed blockchain … which in turn can interoperate with an arbitrary number of others.

Why does this matter? Because if blockchains are to matter at all beyond cryptocurrencies — if they are to be used for applications such as namespaces, file storage, digital collectibles, supply chains, self-sovereign identities, and decentralized social media, to trot out the usual laundry list of desirable decentralized apps — those applications would benefit greatly from being able to interact with one another.

To a certain extent they can already. One can perform “atomic swaps” which trade Bitcoin for Zcash in a single indivisible transaction. But this kind of interoperability is difficult and restricted by the host chain’s limitations, whatever they may be. Cosmos offers a compelling alternate vision: instead of a single “world computer” chain on which all decentralized applications run, it proposes many blockchains, one for each application, speaking to one another, and passing assets, collectibles, data, and cryptocurrencies to and from one another, via agreed-upon “hubs.”

Even then, only certain kinds of blockchains, those with an architecture similar to Cosmos itself — with “fast finality,” to be precise — can connect via a hub. In principle, in the future, adapters for other chains, such as Bitcoin, Ethereum, and ZCash, can be constructed; this arguably makes Cosmos a Bitcoin “sidechain,” and/or a competitor / coopetitor to the Lightning Network, as if it wasn’t wearing enough hats and offering enough futures already.

Do I sound skeptical? Not moreso than usual: I’m just cautious about making pronouncements before vaporware becomes software. The Cosmos Hub which launched last week, though, is very much the latter not the former, and even if I’m wrong about its eventual real-world importance, it remains a major, significant technical achievement. Congratulations and kudos to its team. It may seem to investors and speculators that we remain in the grip of a seemingly endless crypto winter; but to engineers, the launch of Cosmos is a strong sign that spring is en route. 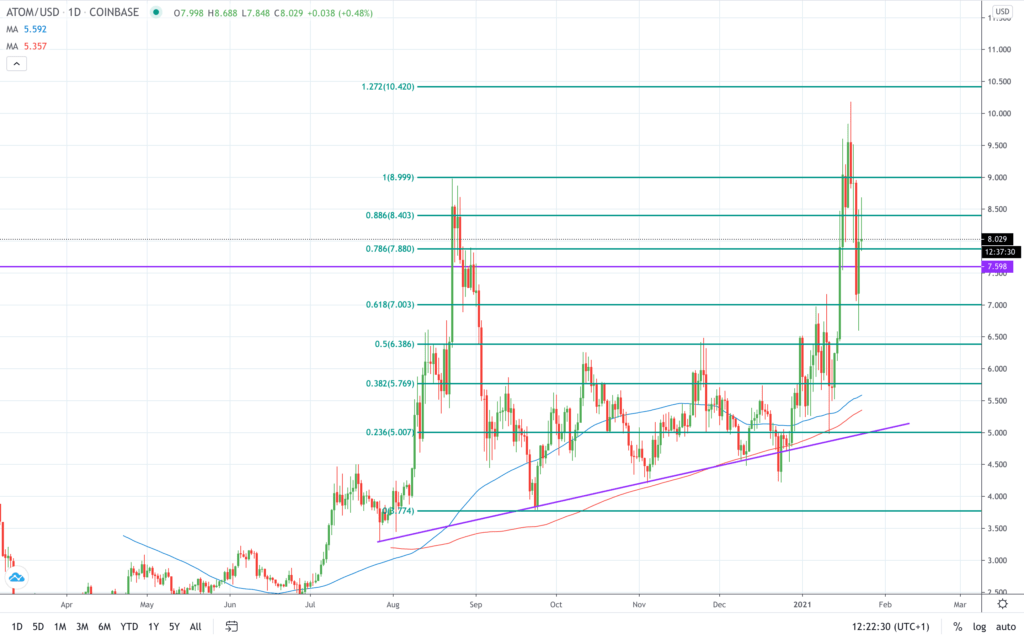