Where should the boundaries of Internet platform authority be?

The general election has been settled in the past few days, but just a dozen days ago, the US Internet platform collectively blocked Trump’s social media accounts is still vivid.

It is hard to imagine that this is an action taken by the Internet platform against the US president who is still in power. Although Twitter CEO Jack also issued a post explaining that their move was correct. But these actions have also aroused everyone’s renewed attention to the rights of Internet companies. Where should their rights be?

Now that things have happened, the possible subsequent impact will be more important. We also talked to Suji, the founder of Mask Network, about how this matter will evolve.

Here is a brief introduction to Mask Network. When we first met them, what they wanted to do was to protect the privacy, data and sovereignty of Internet users under the cover of social network giants. Later, it developed derivative development and became a connection. The bridge from Web2.0 to Web3.0 helps users better access a more open Internet.

If you want to know more about Mask Network, you can check our previous interviews with them: “Data belongs to the people” and ” Mask Network Interview: Let More People Experience a More Open Internet “

The following is the main content of the exchange:

X-Order: I recently blocked Trump’s account. This matter has a lot to do with the philosophy pursued by Mask Network. Would you like to know your opinion on this matter? Of course, I also want to know some of your latest developments.

Suji: In fact, everyone understands our main business. We have worked with some good projects before, and Twitter has also contacted us.

But in fact, in 2019, Twitter plans to form the Bluesky team to build a decentralized online community. At the time, many Twitter executives and many important employees joined the program.

But I didn’t expect that this time Twitter directly blocked Trump’s account. My understanding is that it is possible that they cannot bear the official pressure internally. They will do whatever the official wants them to do. Because the operation of the ban is actually very unified, many social networks such as Twitter and Facebook act together. Maybe it is because Trump himself likes to use Twitter so much that it has become the foremost person, and the stock price has fallen sharply.

In fact, I didn’t expect that the things we casually crow’s mouth had come true. Many investors asked us before, what should we do if Twitter bans Mask Network? I just said jokingly that Twitter might first ban the account of the President of the United States, but I didn’t expect it to become a truth. But in closer detail, this matter may actually be a good thing for a decentralized social platform like ours.

In the past, many media and propaganda agencies did not care about decentralized technology. They thought that even if Twitter or Facebook blocked their accounts, they could re-register for an account, or simply set up a social network by themselves. But this time, the social network Parler established by Trump fans was directly deleted by AWS, which is equivalent to the server being unplugged. For them, this is a considerable shock.

In fact, friends who follow Arweave can see that AR has risen again recently for the same reason. Arweave is a decentralized storage project. Of course, it is also a good partner with us. The decentralized file sharing and storage on the Mask product is co-operated by Arweave. Using this function allows users to share more content on social platforms such as Twitter or Facebook, but unlike the previous direct sharing of content on Twitter, these files and information are stored permanently on Arweave and deleted. You can still find the previous content after the number.

In addition, we also observed another thing, that is, a famous pirated academic paper website Sci-hub has also been banned by Twitter. This website has actually helped many researchers. But after being banned, no one has a backup of this website except Twitter. This also means that after the post is deleted, you will never see it again.

So we thought of a feature before. Users can not only use Mask to watch Twitter, send some encrypted content, but also save it forever. In this way, even if other people delete your post, you can restore it in the original place. This is what we call defending your own data sovereignty . To achieve this function, you need to link different decentralized storage networks. Mask Network has reached cooperation with Arweave, Sia and Filecoin, providing different options. At that time, users can choose which network they trust.

In the long run, this function can help users see a lot of historical information. For example, if I want to read a post made by someone ten years ago or twenty years ago, I can use this function.

In fact, not only was the social account banned this time, we also noticed that Trump was denied service by some banks. In fact, the safety of personal assets has now become an issue. Currently Mask Network is embedding more stablecoins deeper into social networks, hoping to protect users in all aspects, whether it is privacy, data or personal assets . We have recently cooperated with Loopring on this area.

In addition, in October last year, we co-hosted the 2020 Fifth Annual Network Society Conference “Practical Wisdom Net” in Hangzhou with the China Academy of Art. This conference invited a lot of people, including the author Glen Weyl, Vitalik, GUN founder Mark Nadal, and NYM founder Harry Halpin. Harry turned out to be a professor and has a good relationship with the World Wide Web Foundation. He suddenly announced that he would join Bluesky recently, which made us all feel amazing.

Bluesky’s recent large-scale recruitment may be a sign. The team believes that it is officially forced to delete and banning some accounts is not a good thing. Therefore, they hope that Bluesky will give them more rights and let them speed up the progress of the project. In fact, Bluesky has been established for almost two years, but it has not been active enough. It has only recently begun to recruit some very good people.

In the past, everyone might think that Bitcoin is an Open Money at best, and Ethereum is a programmable Open Money, with Open Finance on top of it, but now it must evolve into Open Web or Open Data. A large part of the reason is because our decentralized industry has not evolved so fast. Merely relying on Stable Coin and DeFi is not enough. Many US currency fund managers already understand these innovations in our circle. Therefore, the entire Web must be decentralized, and the process of decentralization must evolve to the entire Web . This task is quite arduous, but the opportunity is also great, and many companies can use it.

Of course, others will always ask me such a few questions. The first is why do users on these social networks not move? In fact, some people have started to move. For example, the leaders of many small countries are quite powerful. They opened a channel on the telegram and announced that everyone will never update Twitter.

Another question is, why don’t Twitter or Facebook do decentralization by themselves? In fact, we all know that Facebook wanted to be Libra before, but later changed its name and delayed it. Previously Twitter also said that it would be decentralized, but now it can only fund Bluesky, and find some powerful people to help think of ways. However, I think these measures will still be delayed due to government reasons. Now, only native, decentralized solutions like ours are useful.

Suji: He may not use the results very well now. But our Mask Network will gradually use all decentralized storage. At that time, the user may think that he posted on Twitter, but the data is not actually on Twitter. This is equivalent to using the Netscape browser to surf the Internet in the Windows system, but the actual user surfing on the Internet has nothing to do with Microsoft, but the entrance to the Internet is in the Microsoft system.

In fact, Twitter’s deletion of 7w fans is also very harmful to them, and they must continue to delete them. In the short term, Twitter won’t feel the damage. Let me give you an example. Similar things have been encountered on the mobile Internet before. Operators charge extra phone charges to those who use WeChat chat. But later, WeChat was not afraid, and directly issued a Sim card, allowing users to use WeChat online.

So even if such restrictions appear in the future, we ourselves are not too worried about competition.

X-Order: Are there any changes in countries’ attitudes towards decentralization?

Suji: It ‘s still more difficult in the US. Because people in the United States have a naive idea: Can we build a social network without letting Trump use it? I think this is impossible.

But many countries in Europe responded quickly. For example, German Chancellor Merkel first condemned Trump should not support violence, but then condemned Twitter, saying that they should not delete posts. After this, Merkel proposed to use the money of the EU Ministry of Finance to fund some decentralized projects, such as Matrix, a peer-to-peer chat protocol, and many other projects.

In the past two years, Europe has funded many projects, and we have also contacted various European funds. They think it is easier to understand if it is to encrypt mailboxes, but why should we directly compete with Twitter and Facebook? But now they also feel that banning Trump’s account is very bad.

X-Order: Now, do you think there are better projects suitable for individual investors to pay attention to?

For example, regarding this Twitter account deletion, a Swarm project in Ethereum made a statement. Swarm is similar to a storage protocol on Ethereum, funded by the Ethereum community. The founder has spoken on Twitter several times that I do not support Trump, but I think there is a problem with the title. To be able to say this is actually very confident, and I feel that Ethereum itself has evolved.

The distribution of the market value of Ethereum and its holders is complicated enough, which is the best thing. In comparison, Bitcoin is relatively pure.

This is why I think Ethereum is more promising. Because once Layer 2 is launched, users can also choose a different Layer. For example, if users find it strange to use Layer 2 in Europe or other regions, they can choose something else. Even if you don’t want to use Layer 2 in the future, you can put all your money back into Layer 1 and change the chain. But the user’s entire use process is not affected by any centralization factors.

Another: On January 22, 2021, the Bluesky team released an important news on Twitter. They released an evaluation report for the decentralized network ecosystem and hope to find the leader of the team within a few months.

In this report, Twitter evaluated various known distributed systems and analyzed how these systems deal with key social network elements. 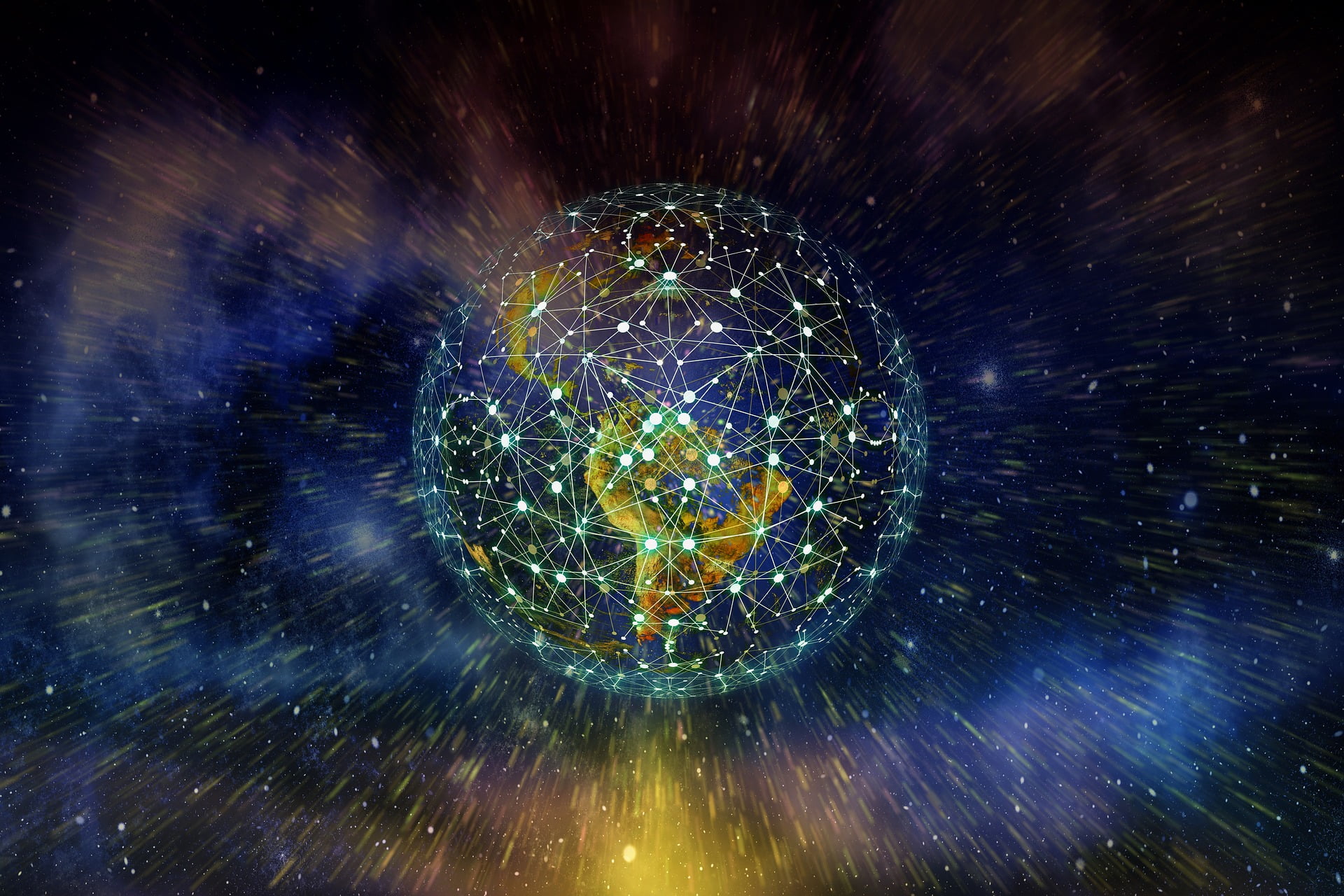 A brief analysis of the creator community matrix: Why is your own community important?