Xiao Feng, chairman of Wanxiang Blockchain, believes that 5G+blockchain can well build a value network, from interaction to transaction to exchange.

On February 23, Dr. Feng Xiao, Chairman and General Manager of Wanxiang Blockchain, was invited to give a speech at the “2021 World Mobile Communications Conference”. As an observer, Dr. Xiao shared his three observations on the 5G industry and how 5G technology can bring the greatest value to human society and the digital economy.

Xiao Feng, Chairman and General Manager of Wanxiang Blockchain, is giving a speech

Observation 2: With the complexity of network development and the huge amount of transactions, the network is stratifying. The communication layer solves the interaction of information, the network layer is the commodity transaction, and finally to the application layer, that is, the exchange of value.

Scenario sinking also occurs in the communications industry. For example, making phone calls is no longer the most valuable business. 70% of the value and business volume of the communications industry does not occur here. As technology continues to sink, many application technologies have gradually become infrastructure and free things. Interaction no longer has the value of commercial realization. The value of new value-added services is very high. We have to go there to seek commercial realization.

READ  Is it time for DeFi to look beyond Ethereum?

Based on these three observations, I look at 5G from an outsider’s point of view. 5G is obviously not for making us call better, or even for us to download a movie at a faster speed, but more:

(2) The Internet of Everything . It may be that hundreds of billions of nodes are connected together.

(3) VR/AR . In the future, the virtual world and the real world will be connected through 5G as a bridge. VR/AR is actually a very important technology for future commercial realization, but it obviously cannot be established without 5G.

This is the new value of 5G that everyone is talking about. I have also carefully read the “5G News White Paper” jointly issued by the three major operators. After reading it, I found that it is still talking about information interaction, point-to-point or business-to-person. From the customer’s point of view, do we need an enhanced version of SMS? No need. Do we need to make exactly the same WeChat? No need. I believe that the commercial idea of ​​5G network should be to let it build a value network.

What is the situation of a trading system based on the Internet? It has hundreds of thousands of lines of code and 1,400 employees. It starts with the first thing at the bottom and writes the first line of code. It is responsible for security, custody, and transaction confirmation. All things must be done by yourself. However, the system based on the Ethereum blockchain provides a security guarantee for the application of the transaction system. At present, 90,000 nodes are maintaining the security of the Ethereum system. Everyone joins the network with their own tokens and becomes one of the verification nodes. They provide a secure foundation and a foundation of trust. The settlement after transactions is made by Ethereum. The miners helped you pack and confirm. For things of the same nature, you only need 500 lines of code, you only need to write a simple smart contract, and only 11 employees are needed to support transactions exceeding one billion dollars a day. This is the difference between the Internet approach and the value-based approach.

Based on this case, I think 5G is to allow operators to build value networks like blockchain. Prior to this, all the Internet, communication networks, and information networks dealt with information, and it was difficult to deal with transactions, transactions, and the exchange of resources. When you have to deal with these, you will encounter a problem-information can be “double spent”, but the value must be confirmed. You must be able to make sure that this thing is transferred from A to B, and A will not apply it again. B must be able to receive it. Therefore, we need a value network.

The first feature of the value network: is the economic system of stakeholders.

The value network is no longer a top-down centralized business mechanism, but from Shareholder to Stakeholder, all relevant participants can get appropriate incentives, and everyone actively participates in the game, making the game the ultimate winner. Unlimited games.

It is no longer my contribution to the network, I have to evaluate from a third party, and others will pay me, but the network has built-in incentive mechanisms to evaluate me. With the so-called proof-of-work mechanism in the blockchain, why would anyone pay for themselves and serve as a miner from the server? Who are they organized? No one is organized. They are motivated voluntarily by the economic model in the blockchain and the incentive mechanism built into the system. If 5G news can become everyone’s automatic participation, then it may be a disruptor of WeChat. If it is based on the existing white paper, I don’t think WeChat can be subverted.

The third feature of the value network: decentralized governance mechanism.

It is no longer a top-down governance, but a bottom-up, decentralized and distributed community governance, which is determined by a set of mathematical consensus algorithms. There is a well-known book on economics, Buchanan and Musgrave’s “Calculation of Consent”. From the name of the book, everyone will understand what a decentralized governance mechanism is.

In the value network, everyone does not agree that this can be done through a consensus algorithm. It is not necessary to have a board of directors or a staff meeting. Blockchain is “consensual calculation”, agreement or disagreement is achieved by solving math problems.

The fourth feature of the value network: a distributed commercial settlement system.

Because of the real-name system, the operator’s network is a very good network that can establish a settlement system. The distributed commercial settlement system completes settlement, security, and trust. Based on the 5G network, it can also be used as a commercial application with 500 lines of code as in the previous case. All the basic things are provided by the basic network, you only need to run an application on it, so 500 lines of code are enough.

The fifth characteristic of the value network: an open and open source large-scale collaboration network.

Two months later, there will be a blockchain network application that writes a decentralized Tik Tok with 1,000 lines of code. Can you imagine? Tik Tok or Douyin only requires 1000 lines of code. As an application developer, it’s very worry-free, but it does not mean that Tik Tok is really that simple, but that many services that sink to the infrastructure (settlement, clearing, security, trust) are provided by the infrastructure for free Up. Therefore, building 5G into an open source, open, socialized, and community-based large-scale collaboration network is the greatest value that 5G brings to human society and the digital economy.

My conclusion is that 5G+ blockchain can build a value network well, from interaction to transaction to exchange. We know that with the continuous improvement of network complexity, transaction complexity, and quantity level, distributed networks are obviously better than previous networks to deal with network development and application development.

This is my personal opinion. Please criticize the inappropriateness. Thank you! 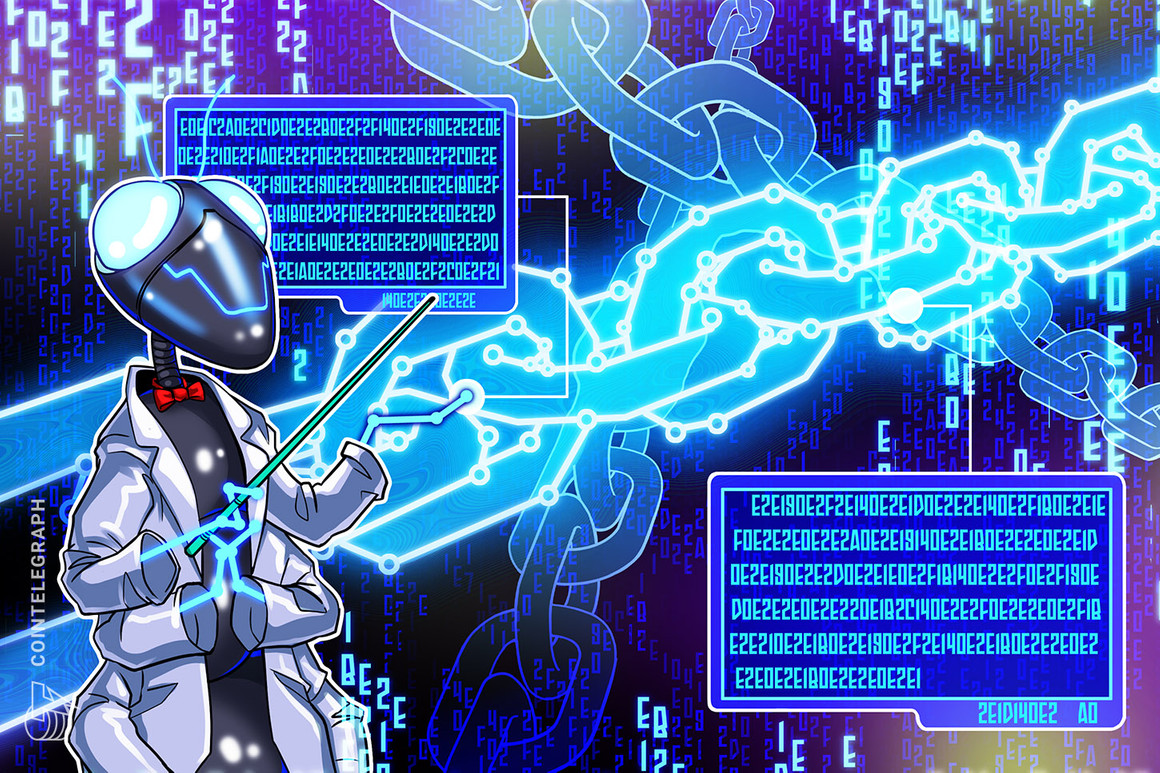