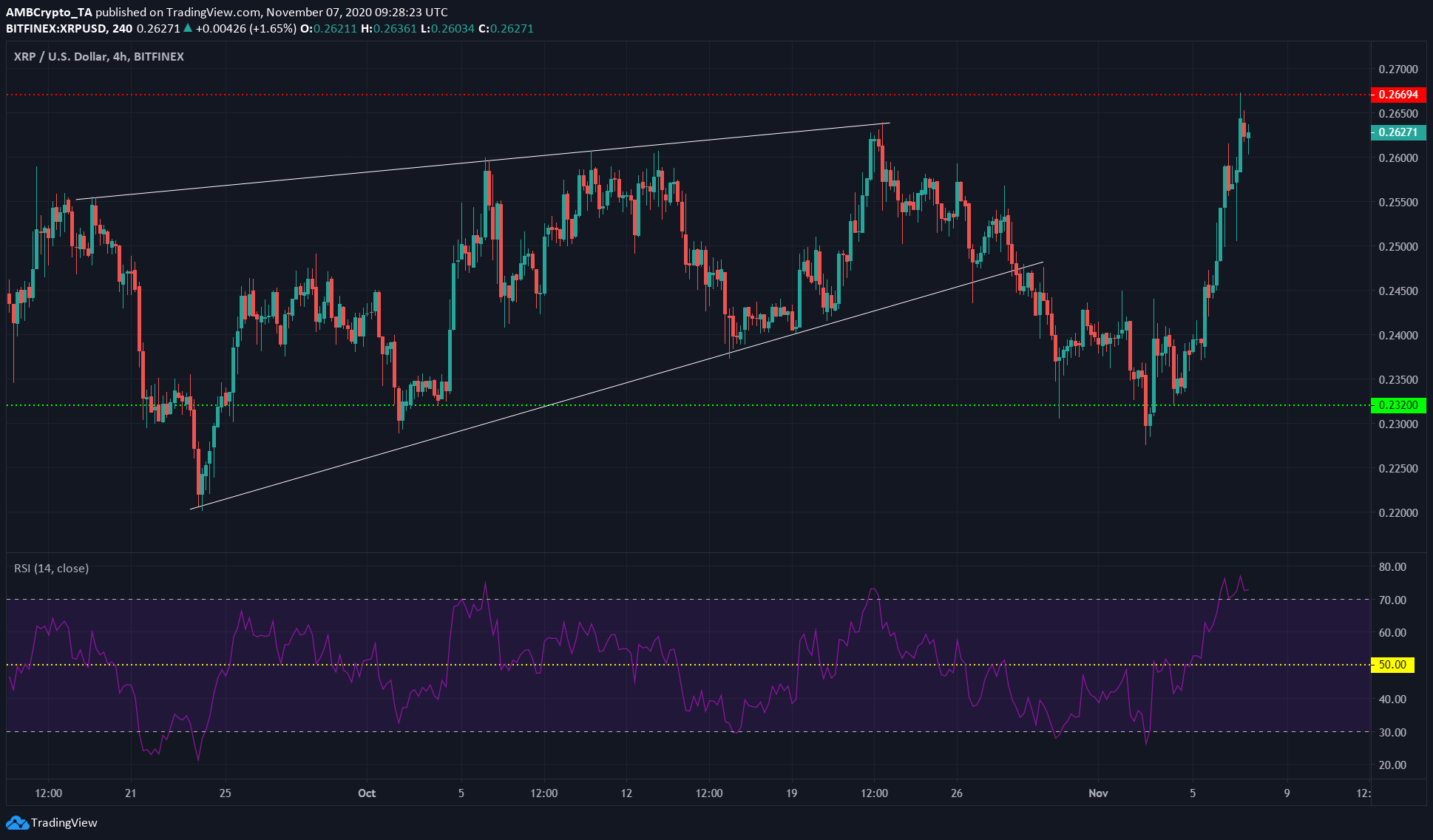 Many altcoins registered strong gains in the past few days as their longer-term downward trend appeared to be halted or even reversed in certain cases. XRP faced an important level of resistance, and a close above the level would signal bullish strength. Dogecoin also appeared poised to move above a level of resistance it has been rejected from multiple times, and IOTA buyers appeared to be in the ascendancy once more.

XRP broke to the downside after forming a rising wedge pattern (white), but found support at $0.232. A dip beneath the support help pushed the coin upward.

Alongside many other crypto-assets, XRP also posted strong gains in recent days as it surged from $0.232 toward resistance at $0.266.

The RSI was in overbought territory and indicated that a correction was near in the short-term. Hence XRP can be expected to test resistance and experience a minor pullback before another move upward. 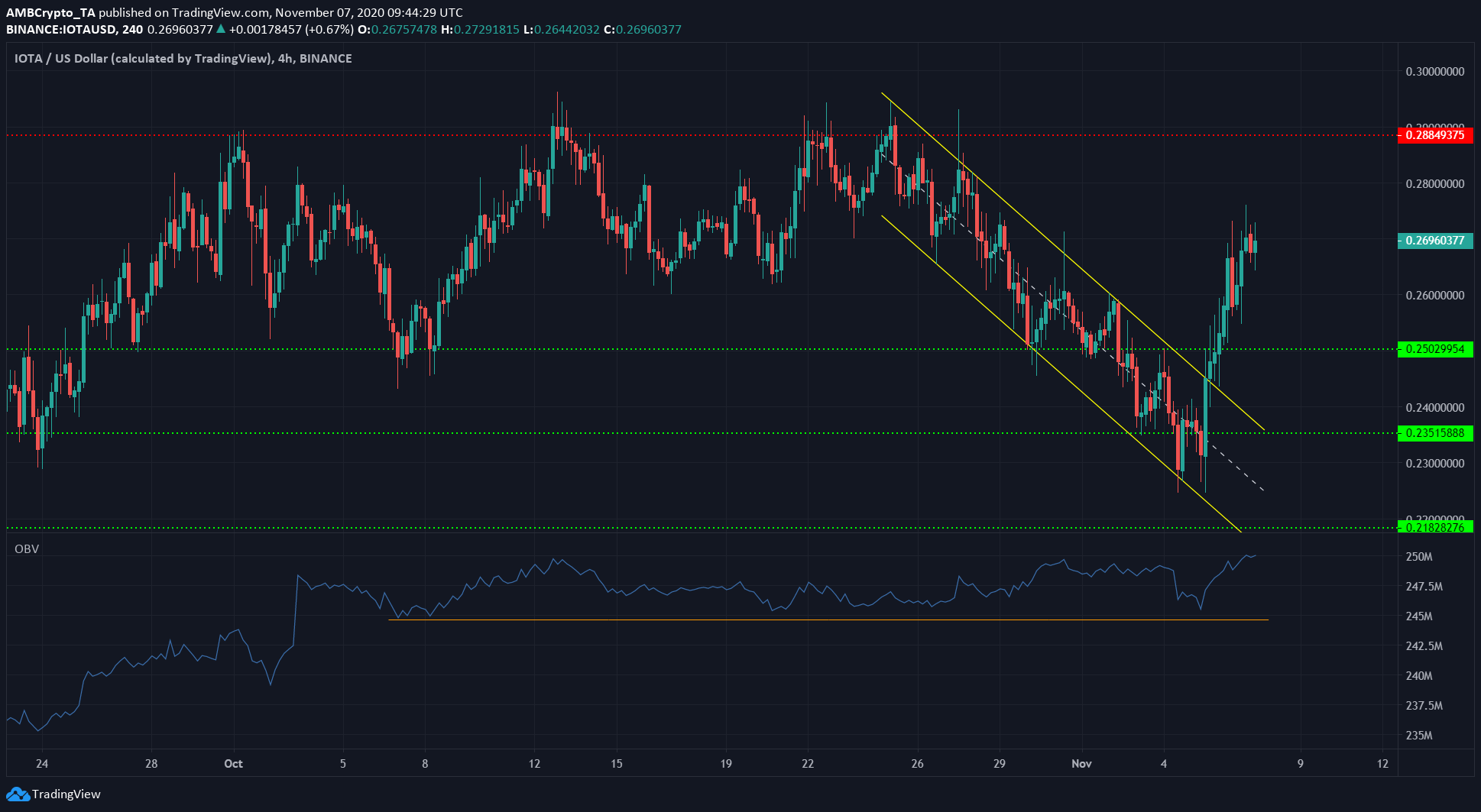 IOTA was moving within a descending channel, and the loss of $0.235 support could have seen bears pushing the price as low as $0.218. However, the bullishness around Bitcoin and Ethereum emboldened IOTA bulls.

The OBV showed that its ‘floor’ (orange) over recent weeks was not broken even as IOTA lost a level of support, suggesting that the volume of IOTA being sold was not as heavy as the price would suggest.

The bears were overwhelmed as a wave of buyers entered the market in the past few days. IOTA can face resistance at the $0.288 region if it moves past the $0.27 level. 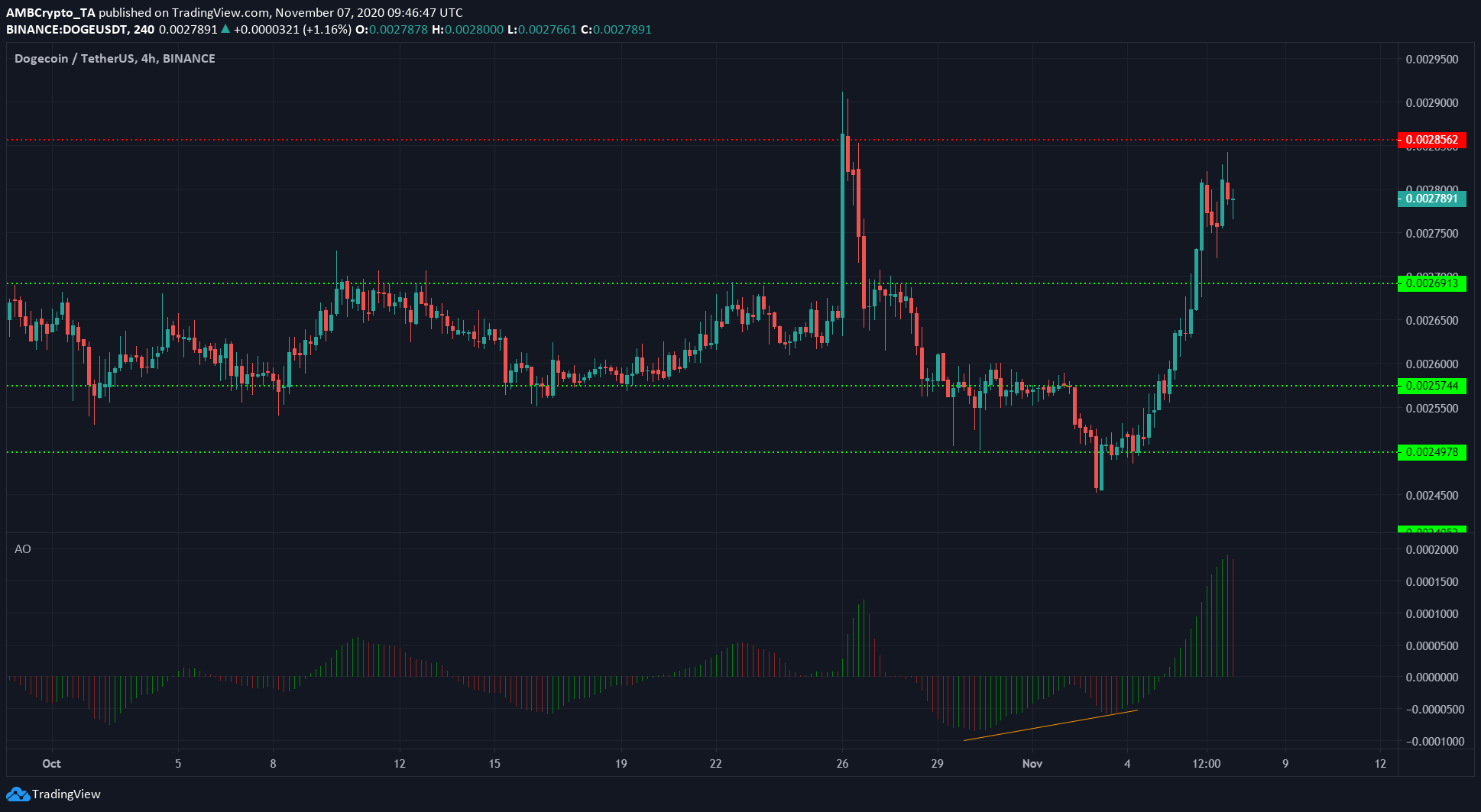 The Awesome Oscillator showed that the bearish momentum behind DOGE waned (orange), even as the price made a lower low. This divergence between price and momentum presaged some gains for DOGE.

Combined with a surging ETH as well as a shift in sentiment toward bullishness in the altcoin market, DOGE could be set to make further gains.

It has a level of resistance at $0.00285, a level it has struggled to rise above after dropping beneath it in early September.

Is THIS a highly anticipated price action scenario for Bitcoin