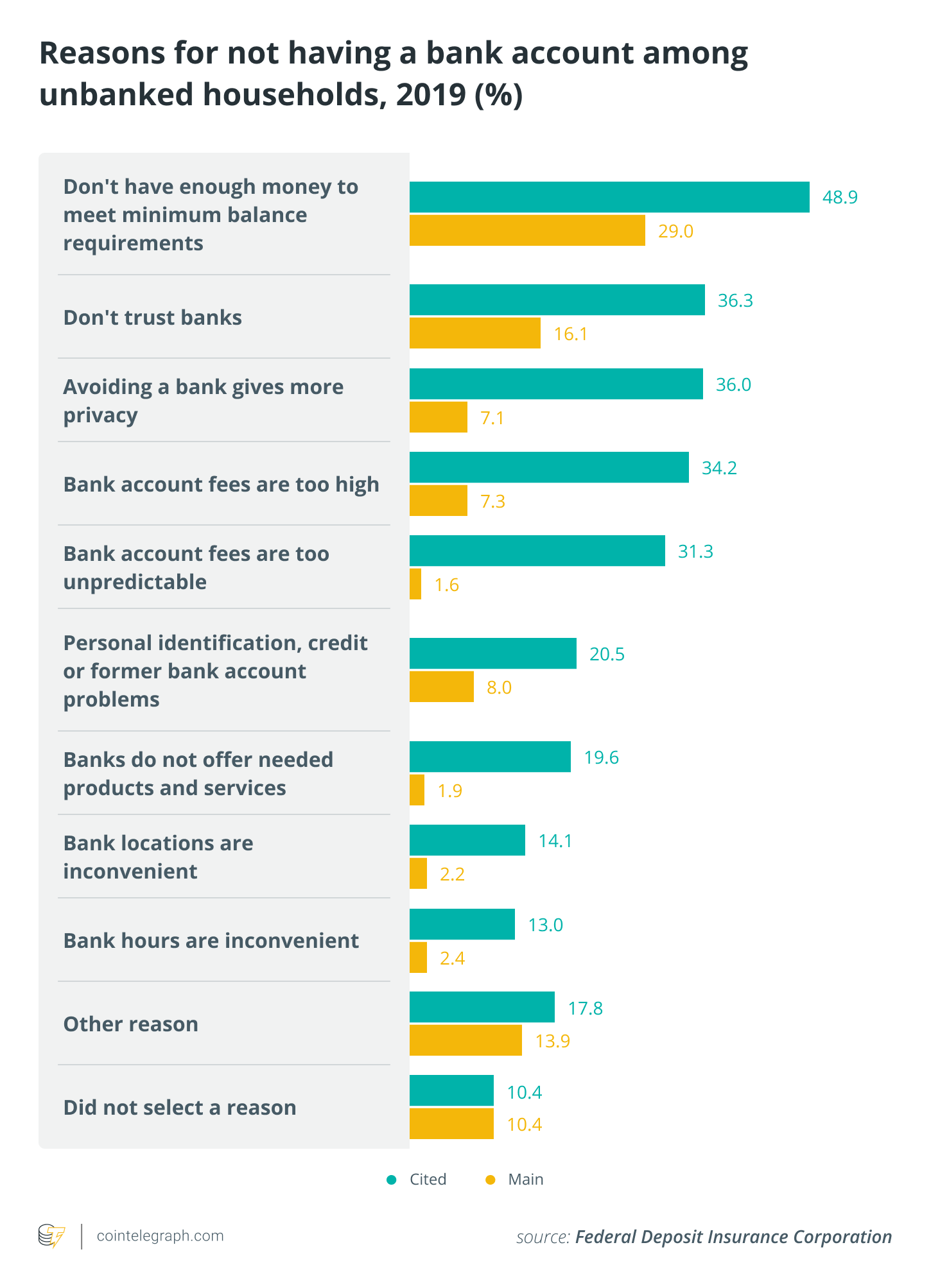 As the COVID-19 outbreak wreaks havoc on the United States’ economy and abroad, investors grapple with a second economic downturn in just over a decade. While the 2008 financial crisis and the coronavirus pandemic are very different, both events have produced market volatility and allowed for new technologies to emerge.

The economic disruption wrought by the pandemic also highlights the importance of serving people who are currently outside the financial system, both in developing and developed economies. Today, there are 1.7 billion unbanked individuals worldwide, according to the World Bank.

Related: How has the COVID-19 pandemic affected the crypto space? Experts answer

Since the financial downturn, people have begun questioning established companies and traditional systems such as banks. With more than half the world’s population aged under 30 and 55% of the world’s 7.7 billion citizens now online, seeking alternative solutions to the financial structures in place has become much more than a niche. Twelve years after the 2008 financial crisis, people still seem wary of banks. According to a household survey from the Federal Deposit Insurance Corporation, outside of high fees and minimum balances, the unbanked have pointed to a lack of trust and privacy when dealing with banks as reasons for their not owning a checking or savings account. When combined, the lack of trust (16.1%) and lack of privacy (7.1%) account for almost a quarter (23.2%) of the main reasons why unbanked people do not have an account.

The lack of trust for banks created demand for alternative financial services, leading to an increasing quantity of such alternatives where people can put their money. One popular option was technology companies. This idea really took off after the introduction of the iPhone in 2007 and its App Store the following year. Not only did Apple open up opportunities for products and services but it also created a new way to quickly distribute software while keeping the world connected via the internet.

READ  A Bitcoin meme movement: Why did Musk and many other celebrities change their "laser eyes" portraits?

Multiple groundbreaking startups were born from economic downturns. Instagram, WhatsApp, Uber, Airbnb, Twilio, Dropbox and Slack are just a handful of the successful startups founded during the last recession. Not only were multibillion-dollar brands built in the years following, but fintech startups like Kabbage, LearnVest and Betterment started popping up around Silicon Valley and making major inroads toward the digitization of banking. These fintech apps have not only taken out some of the intermediaries but also drastically changed the way people interact with money on a daily basis.

Related: Crypto banks are going to swallow fiat banks in 3 years — or even less

Uncertain times pave the way toward a better world as people look to more reliable alternatives to the financial institutions that have failed them. Just as the 2008 recession forced successful startups out of the rubble, 2020’s COVID-19 pandemic is doing the same. Today, we’re seeing the unemployment rate rise due to COVID-19. This fall, the United States Bureau of Labor Statistics reported that long-term unemployment, or those that have been out of work for 27 weeks or more, jumped to over 2 million — the highest thus far in the coronavirus pandemic-induced recession. Though some people have returned to work, data shows a marked increase in unemployment rates over the past seven months.

With anxiety at an all-time high, both consumers and businesses are looking to banks and credit unions for financial relief, access to government aid, and guidance on how to cope with the ongoing economic storm. However, institutions are failing, and unfortunately, the systems put in place to protect us such as healthcare, testing, protective equipment and supply chains have crumbled from poor leadership and delayed reactions. Just like in 2008, consumers are turning to technology for solutions.

An opportunity for DeFi

This represents a massive opportunity for fintech today, specifically decentralized finance, as it has the ability to provide most of the population access to financial services. As the hot, new cryptocurrency trend of 2020, DeFi cuts down intermediaries such as banks, thereby adding to the speed of transactions. Total value locked on DeFi platforms has risen by approximately $12 billion in the span of one year, according to industry site Defi Pulse. During a time when central banks are slashing interest rates with a benchmark rate sitting close to zero, investors are on the hunt for new returns and are now ready to explore DeFi.

Over the years, raising funding has been challenging for fintech firms, particularly early-stage ventures, as investors typically focus on established startups with clear business models. However, the economic slowdown has significantly changed the narrative around Bitcoin (BTC), DeFi, stablecoins, privacy and more. The value locked into DeFi projects continues to surge, but a milestone less discussed is the industry having crossed $500 million raised in venture capital funding.

According to data collated by CB Insights on the fintech space in the third quarter of 2020, 60% of all capital raised by financial technology startups came from just 25 rounds worth $100 million or more. Adding to the trend of growing venture capital funds, the report noted that fintech investment from $100 million rounds grew 24% compared to Q2, while investment in the space from smaller deals fell 16% over the same timeframe. Overall, fintech deal volume dipped 24% compared to Q3 2019, totaling 451 global deals. However, dollars invested into fintech startups edged up once again to $36.5 billion in Q3 2020, the largest result thus far in 2020 and the second-best, single-quarter result since year-end. Notably, the number of smaller venture rounds — those marked “seed” or “angel” — grew by 20% compared to Q2 2020.

Related: Chasing the hottest trends in crypto, the EU works to rein in stablecoins and DeFi

With all eyes on DeFi, it’s time to understand that it’s less about the insane returns offered to yield farmers and more about the democratization of finance. While still in the sector’s early years, DeFi projects are already unpacking inefficiencies in the current system by increasing financial inclusion, increasing liquidity and reducing costs. Since the start of Q3 2020, “deposits by cryptocurrency enthusiasts into DeFi projects have swelled to more than $10 billion from $2 billion.”

Beyond finance, there is a growing interest in DeFi and its potential to improve existing current systems and infrastructures. It’s no longer acceptable for industry players to promote an “incredible tool for inclusion” while no work is being done on the usability front. Despite the sector’s incredible promises, the level of complexity for users is still a major barrier to mass adoption.

The views, thoughts and opinions expressed here are the author’s alone and do not necessarily reflect or represent the views and opinions of Cointelegraph.

Tim Frost is the founder of Yield, a fintech app making DeFi accessible to everyone. Specializing in early-stage blockchain startups, Frost helped accelerate blockchain companies at the likes of QTUM, NEO, Paxful, Polymath, Selfkey and Everex. He was also a founding member of the Wirex, a digital banking platform, and helped grow EQIBank. His expertise in banking, blockchain and technology has played an influential role in helping develop the tools and products for Yield. 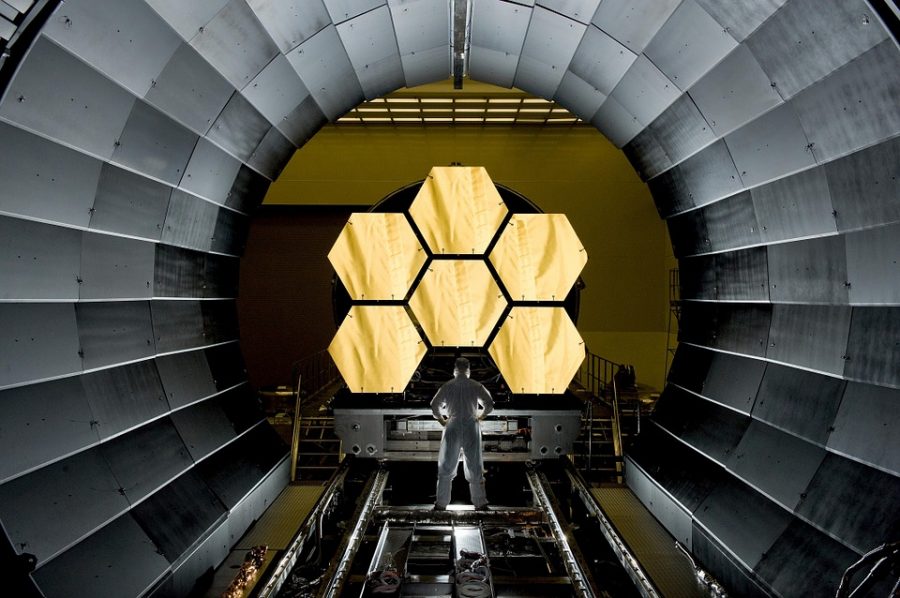 New element of the start-up exit strategy: Can DeFi provide an out-of-the-box solution?