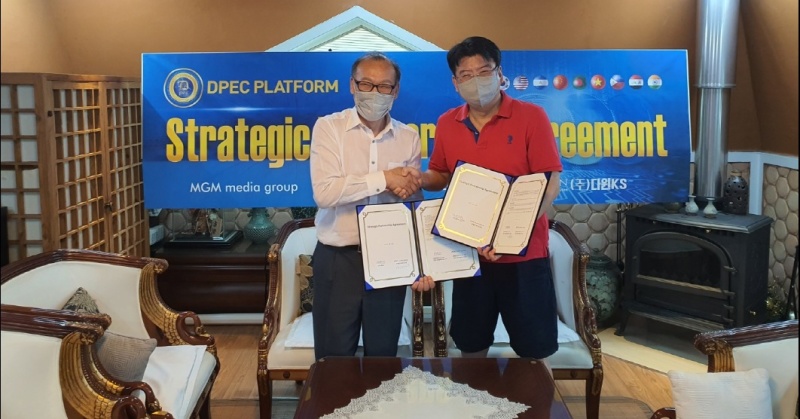 DaWinKS, a company with patented technology of blockchain-based non-face-to-face digital financial service system, and MGM Media, a publisher of ‘Star Focus’, a magazine that targets the needs of 2030 by producing differentiated content through vivid on-site coverage of movies, dramas, and songs, and selecting issues that fit the trend along with the latest issues of stars, K-beauty, and lifestyle, have made a blitz partnership with the goal of ‘operating a metaverse based on K-POP culture and publishing and distributing NFTs for stars and contents’.

Star Focus, the official magazine of the Korean Film Actors Association, has been striving to expand the base of Korean films and improve their quality through interviews with top stars and professional and differentiated film news and content production and has become a premium K-Super entertainment magazine preferred by the 2030 generation and Hallyu fans around the world with differentiated planning and editing. It is published every month focusing on K-POP, Movie, Culture, Fashion, Beauty, and Food contents, and recently it is receiving active love calls from overseas markets, such as exporting to Japan.

Jong-Myung Lee, the CEO of DaWinKS,  a company with a solution for foreign currency exchange of cryptographic assets through blockchain, ‘DTM (Digital ATM) & QR Pay’, a system that integrates overseas remittance, electronic money charging, and merchant payment service, said, “While I was planning the Metaverse DIGITAL (CRYPTO) BANK operation, I was offered the issuance and distribution of K-culture value-based NFTs proposed by Star Focus CEO Byung-Ho Jeon, and my heart was filled with the possibility and potential of its realization. I want to create a new concept of digital asset financial products by serving as a stepping stone that gives dreams and hopes without discrimination and realistically creates economic wealth for young artists who dream of a leap and strive silently but desperately in the underground every day based on stable NFT for top stars.”.

CEO Byung-Ho Jeon said, “I wanted to do a new business called digital magazine in the metaverse space by digitizing a lot of real data centered on Hallyu top stars that I had accumulated, but I had a lot of trouble because I didn’t have the relevant technology. In the meantime, I met CEO Jong-Myung Lee. He planned a blockchain-based digital bank, developed related technologies, and created non-face-to-face digital ATM and POS. As soon as I saw the technology that can be used at any time not only by Koreans but also by foreigners visiting and staying in Korea, I knew that my dream could come true, and I actively proposed a business partnership to him. Now, with Darwin’s blockchain technology, we can enter the new world of Metaverse and NFT.”.

Metaverse and NFT are still unfamiliar words to the general public, but they are emerging as hot items in the blockchain. I look forward to the day when the two companies dreaming of becoming a digital bank and a digital magazine will come together to stand tall in the global market as well as in Korea.

Cardano shows early signs of halting the downtrend it has been on, since September