As a founding co-organizer of the Hainan Free Trade Zone & Global Digital Economic Forum, Huobi Group today shared key takeaways from the forum which commenced on the morning of December 5th. During the forum, notable Chinese government officials gave opening speeches commenting on the development of blockchain in mainland China. Prominent government officials expanded on details of Hainan and Greater China as a whole. Sun Shiwen, Deputy Secretary of People’s People Government of Hainan Province gave the opening address. Sun said to speed up the development of the blockchain industry, Hainanwould accelerate the construction of a free trade area, which would promote the integration of the real and digital economy.

Later in the morning, Ministerial Panel: International Exchange and Cooperation in Digital Economy occurred with the participation of representatives from Russia, Kazakhstan, Bahrain, Indonesia and Gibraltar. The guests included ministerial level officials from Belt and Road Initiative partner countries, who were VIP guests invited to the forum to explore possible synergies of their nation’s blockchain initiatives with those of the Chinese government. The first questions concerned the initiatives and stances of the panelist’s governments towards blockchain. Present were Albert Isolas, Gibraltarian Minister for Digital and Financial Services, who said “Gibraltar was the first county to issue regulation on blockchain, with Huobi becoming one of the first companies to licenses under our regulatory framework.” While Saparudin, Executive Governor of Bangka, Special Economic

After the panel, Leon Li, founder of Huobi Group gave a speech titled “Building a Global Financial Infrastructure with Blockchain and Digital Finance”. In his remarks on the global financial landscape, Leon said blockchain and digital currency would become the supporting technologies for a new generation of global financial infrastructure. Leon predicted that financial intermediaries in digital payments would increasingly be sidestepped, as blockchain allowed high efficiency and low-cost transactions between users. According to Leon, “blockchain has advantages in cost and efficiency, which would be valuable for developing nations.” Leon expects countries increase their regulatory cooperation to promote a global regulatory framework.

How Huobi’s technology could play a major part in the collaboration was highlighted when Leon gave suggestions to improve global financial security in a speech about financial infrastructure. Leon said recent announcements regarding characteristics of Huobi Chain could provide invaluable to partner nations in building their financial infrastructure. In describing Huobi Chain as open source, autonomous and customized for financial applications, Leon said “the public chain could enable partner organizations and countries to set up their own chains and nodes”.

On the 6th, a major portion of the forum was dedicated to Hainan’s role in the blockchain ecosystem. Cao Shiping, Chief Engineer of Department of Industry and Informatization of Hainan Province provided valuable insights on local initiatives regarding blockchain. In particular, Hainan is currently home to over 100 blockchain enterprises, including Huobi. Cao said blockchain will have a vital role in the Hainan Free Trade Zone, which will implement new port policies in February 2020, which include revamped tax policies. Cao said “the government of Hainan’s policies promote the application and research of various channels within the blockchain industry, including depositary receipts and digital assets.” Special policies in the Hainan free trade zone will allow a freer flow of goods, personnel, capital and logistics, thus giving economic benefit to local companies participating in the digital economy.

Shan Zhiguang, Director of Ministry of Information Technology and Industrial Development in China’s State Information Center (SIC) made a keynote speech about BSN, which Huobi recently joined. Shan said BSN could be national information infrastructure for Chinese enterprises, but still could be deployed globally at a low cost.

One major highlight of the forum was the launch of the BSN Developer Competition, which Huobi China will organize alongside China Mobile and UnionPay. The BSN developer competition will propagate blockchain knowledge and cultivate qualified developers of BSN, thus providing development, innovation and entrepreneurship opportunities. It is hoped with BSN architecture, the developer competition, which will be held four times per year with each competition lasting three months will provide infrastructure solutions required to develop smart cities and digital economies.

Blockchain Service Network (BSN), China’s first blockchain alliance seeks to support small and medium-sized companies to develop blockchain-based solutions. As a trans-regional public infrastructure network, the BSN was jointly launched by the State Information Center (SIC) with other institutions joining on. The network aims to reduce the technical and economic threshold for the application of blockchain. BSN will nurture a new industries and business models based on blockchain technology. For more info, visit bsnbase.com

Huobi Group is a leading global digital asset financial service provider established in 2013. With an accumulative turnover exceeding 2 trillion USD, Huobi was for a time the world’s largest digital asset exchange with a global share of 50%. Currently, Huobi Group has invested in more than sixty upstream and downstream enterprises. It has established compliance service teams in Singapore, Japan, South Korea, United Kingdom, Australia, Canada, Brazil, and Hong Kong to deliver its secure and credible digital asset trading and asset management services to millions of users in over 130 countries. For more info, visit www.huobi.com 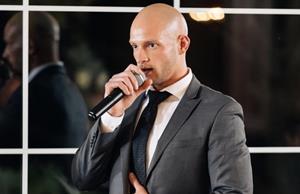 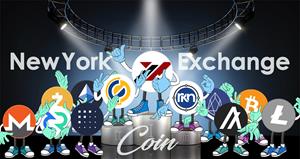 NYE Coin Is Helping Investors To Tap Into The Potential Of Stocks & Commodities Market Through The Power of Blockchain.