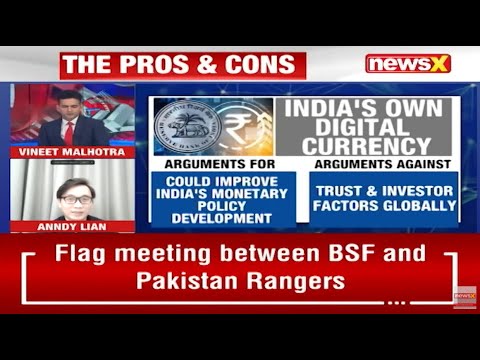 The development of Bitcoin and thousands of other cryptocurrencies these past few years have left India needing to create a framework for the creation of an official digital currency, which will be issued by the Reserve Bank of India (RBI). A bill in this regard is planned to be tabled in the upcoming winter session of the parliament.

The Indian government is worried about the volatility of cryptocurrency, how it can be misused, and cryptocurrencies’ impact on the country and its economic situation. The primary idea of the RBI behind this move is to protect consumers from the appalling level of volatility seen in digital currency. The governor of RBI went to the extent of saying that cryptocurrencies pose a serious concern to the macroeconomic and financial stability of India.

Back when cryptocurrencies were banned in China, the fallout was that a lot of people and a lot of that investment and interest were redirected to the USA. India does not want to make that same mistake. It is almost certain that there will be a lot of problems if there is a blanket ban on cryptocurrency in India.

India is all set to create a framework for the creation of an official digital currency that will be issued by RBI. NewsX invited a panel of experts to talk about the topic. The expert panel consists of Akash Jindal, Sr Economist; Siddhartha Sogani, CEO of Creabaco Global Inc., Bitcoin Expert; Hanif Shaikh, CEO of Upsocial Network, Crypto Expert and Anndy Lian, Chairman, BigONE Exchange and Founding Member of Influxo. News Anchor, Vineet Malhotra discussed the following topics:

• How will this impact the total economic atmosphere of the country?
• Are cryptocurrencies such a threat to the economic environment of any country?
• What is the next step for India?
• How important is the concept of decentralisation when it comes to cryptocurrency?

Here’s what BigONE Chairman Anndy Lian had to say in an interview with India’s NewsX:

The right direction is to embrace cryptocurrency in all manners – because cryptocurrency is here to stay. It is the future of currency. In whatever way that it is called – currency or digital asset – it must be embraced.

Mainstream media may always say that cryptocurrencies are illegal as it may involve money laundering, among other things. But the fact is that the top currency used to carry out such illegal things is the very common US dollar.

BigONE is on the Top 40 list globally. All good exchanges must go through the same regulatory steps to ensure Know-Your-Customer (KYC) and Anti-Money Laundering (AML) processes are carried out. Through these frameworks, illegal acts are minimised.

Decentralisation does not, in any way, mean the removal of governments of taxes. It must be emphasised that when it comes to decentralisation, there is no intention of moving away from countries’ legacy systems or financial systems. Nonetheless, people are living in the real world, and not in the metaverse. Actual, physical money is still required to live as we head into the future.

The term “decentralisation” must not be tweaked in such a way that it is portrayed to be a bad thing. There exists proper entities – proper companies – to back the system. In the cryptocurrency world, everything needs to be registered. When founders of a project are doxxed, documentation to prove that will be kept in a centralised depository. If anything were to happen, tracing back to the person or team in charge will not be an issue.

See also  Life after $20,000-Where will Bitcoin go after it breaks through all-time highs

It is imperative to redefine the term “decentralised” such that governments, family offices, and traditional banking staff know what it means exactly. In comparison to the traditional space, what is experienced in the cryptocurrency world is actually no different. For exchanges such as BigONE, different kinds of available financial requirements are stringently addressed. In this way, proper regulation is assured. Let’s be open-minded and address it.

The Indian government and crypto practitioners are open-minded and progressive about cryptocurrency. As the bill gets drafted, it is good that they would have all the experts to provide their confounding, broad, and elaborate views on what the cryptocurrency market pertains to, as well as the volatility and risks.

This is the second time Anndy Lian is invited to the NewsX Live commentary segment. The first time was with Garrett Minks, Founder & CTO, Rair and Vishal Malhotra, Actor on NFT.