Graphics cards in 2020 are like coconut shoes in 2019. They were sold out as soon as they went on sale, making them an excellent financial product.

Original title: “A card is hard to find, when can I buy a graphics card at the original price? 》
Written: 0x49

In the early morning of September 2, 2020, Nvidia founder and CEO Huang Renxun took out the RTX 3080 from the kitchen behind him, and officially announced the launch of the “GeForce RTX 30 series” graphics card based on the Ampere architecture.

After the price was announced, countless graphics card enthusiasts cheered. The official price of the RTX 3070 is 40% of the previous generation flagship card RTX 2080 Ti, but the performance is almost the same. While the performance of RTX 3080 is increased by 40% on the basis of RTX 2080 Ti, the price is only 55% of the latter.

Affected by the press conference, Nvidia’s share price rose 3.37% that day, and continued to jump 3.8% the next day, setting a record high.

No one would have thought that such a high-performance graphics card could not be bought at the original price. This series of graphics cards were dubbed “air graphics cards” a few months later.

As the old rival of Nvidia, AMD also released its own new generation “Radeon RX 6000 series” graphics card on October 29 of the same year when the RTX 30 series was released.

Those who don’t know the graphics card market can hardly imagine that the RTX 2080 non-public version sold two years ago was priced at 6,499 yuan, and now two years later, this graphics card can still sell for 8,000 yuan in the secondary market. This is simply sending money.

Graphics cards in 2020 are like coconut shoes in 2019. They were sold out as soon as they went on sale, making them an excellent financial product.

Why can’t you buy a graphics card?

The graphics card is out of stock, and it seems that it has spread from a niche problem. Even if you swipe a station B video, there will be discussions about the shortage of graphics cards in the barrage.

Many people blame mining for the lack of graphics cards.

When it comes to mining, most people reflect on Bitcoin mining. In fact, it is not the case. Bitcoin’s graphics card mining was eliminated many years ago. Currently, ASIC mining machines are used.

READ  You can now only buy LAND for $SAND

When talking about graphics card mining now, I basically talk about Ethereum (ETH). Of course, there are still many currencies that are also using graphics cards for mining, but considering factors such as liquidity, market value, and profitability, most graphics cards are used for Ethereum mining.

In addition to desktop graphics cards that are used for mining, a large number of notebooks are currently bought by miners for mining because of their strong computing power with mobile graphics cards.

Ethereum’s increase in computing power in the past six months is equivalent to 1.3 million NVIDIA RTX 3080

In the past year, Ethereum’s computing power has increased by 130.46% to 361 Thash/s, which is equivalent to 6 million NVIDIA RTX 3070 graphics cards.

The growth trend of ETH computing power in the past year, source: BitinfoCharts

Starting from the official release date of Nvidia RTX 3080 on September 17, the total computing power of Ethereum has increased by about 130 Thash/s. If it is fully converted to NVIDIA RTX 3080 (calculated at 100 Mhash/s), then approximately 1.3 million copies have been added.

If manufacturers can increase the supply, then miners and ordinary users can get graphics cards at reasonable prices. Therefore, the imbalance between supply and demand is the main reason for the shortage of graphics cards.

In 2020, the global demand for the chip industry will increase due to the epidemic. As Bloomberg reported recently, the global semiconductor industry is facing a crisis of core shortage. According to public information, Nvidia’s RTX 30 series graphics cards are foundry by Samsung and adopt 8nm technology. The foundry that currently meets this manufacturing process is the S1 plant in Qixing, South Korea, which is a production line built in 2005. In March 2020, employees of the factory were infected with the new crown virus, but officials said that the operation of the factory would not be affected.

When can I buy the graphics card at the original price

According to previous experience, there are only two possibilities for ordinary users to buy graphics cards at the original price. One of the tokens for mining with graphics cards plummeted. The miners were unprofitable, sold graphics cards in their hands and no longer bought a large number of new graphics cards from the market; on the other hand, they expanded production capacity for graphics card manufacturers to satisfy miners and ordinary people. User needs.

Assuming that the current difficulty and computing power of the entire Ethereum network remain unchanged, the electricity bill is calculated at 0.34 yuan/kWh, and the NVIDIA RTX 3080 is priced at 8,500 yuan. Without considering the sale of second-hand graphics cards, the current payback period for this graphics card is 99 days .

Rhythm BlockBeats produced the impact of Ethereum price changes on the return cycle of using RTX 3080 under the above assumptions:

Increasing output is obviously the best solution at present. However, as mentioned above, the current demand for chips in all walks of life in the world exceeds its production capacity, and it is obviously impossible to increase the output of graphics cards in a short time. In a recent interview, both Nvidia and AMD stated that inventory in the first quarter of 2021 will be extremely tight, and it is expected that the shipments of graphics cards will be further delayed than expected in the next few months.

In addition to increasing production capacity, providing graphics cards exclusively for mining is another solution. This method was used by Nvidia in 2017.

For Nvidia and AMD, they do not like the influx of miners to buy their graphics cards. Because as a consumer electronics product, a specific group of miners holds a large number of graphics cards, which may undermine the strategy and product price positioning of the manufacturer’s previous plans. Take the “dessert-level” graphics card GTX 1060 6G launched by NVIDIA in 2016 as an example. The official price of the non-public version is 1999 yuan. However, when the Ethereum mining boom came, the card was priced at more than 3,000 yuan for a long time, which exceeded the price of NVIDIA’s sub-flagship graphics card GTX 3070 Ti at 3499 yuan. When the mine disaster approached, the market was flooded with a large number of GTX 1060 priced at three digits.

The most direct result is that the GTX 1060 is the most popular graphics card held by gamers on the market today. According to the latest data from January 2021 on Steam, the gaming platform with the most users, 9.75% of the users on the entire platform currently use GTX 1060. It should be noted that Steam has 120 million monthly active users.

In order to alleviate this situation, Nvidia castrated the video output port, modified it with the core of GTX 1060, 1070, and 1080, and introduced P106, P104, and GP102 dedicated graphics cards for mining. However, the business was suspended in August 2018 before the mine disaster.

However, the premise that Nvidia has launched a dedicated graphics card for mining still requires sufficient production capacity to manufacture chips.

Of course, everything has to wait for the end of the epidemic. Perhaps, a few months later, the graphics card market will return to normal. 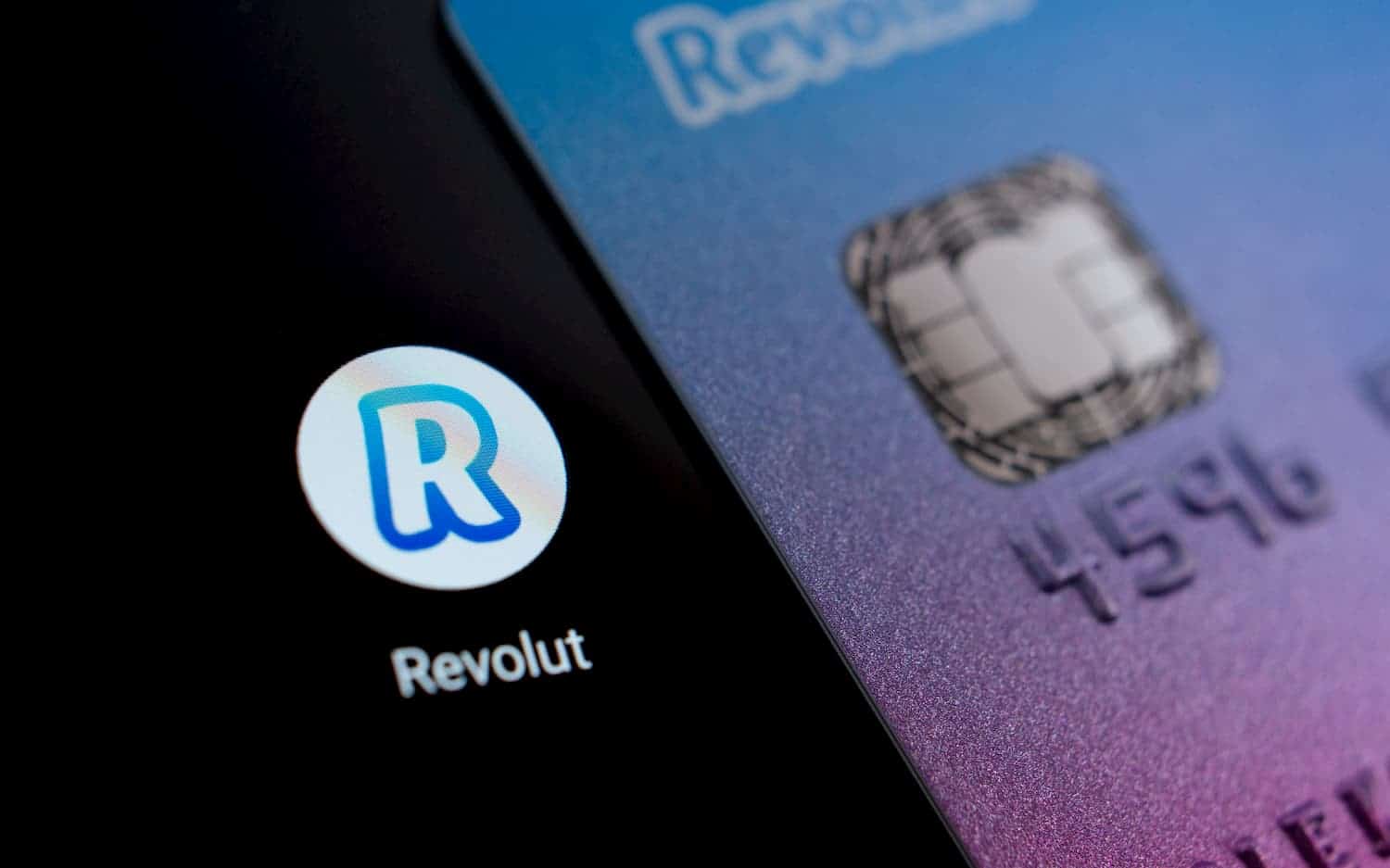 What is the difference between the Bank of Japan and China’s digital renminbi when it launched a pilot CBDC?