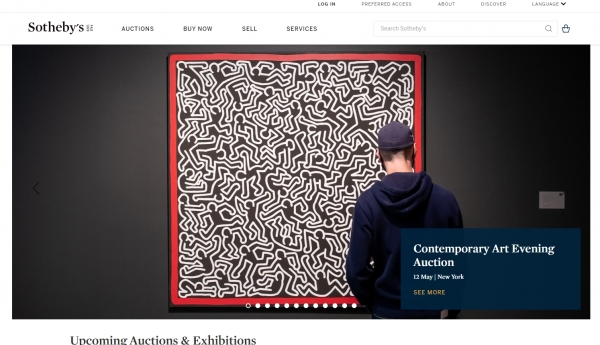 According to Cointelegraph reports, Sotheby’s CEO Charles Stewart told CNBC’s Squawk Box on the 4th (local time) as part of Banksy’s’Love is in the Air’ auction. It announced that it will debut Bitcoin (BTC) and Ethereum (ETH) payments. The new payment method is said to be through Coinbase, the largest cryptocurrency exchange in the United States.

The CEO said the adoption of cryptocurrency was “a pretty long time consideration.” Sotheby’s move is the basis for the next step in exploring cryptocurrency payment methods for physical art after the company launched its non-replaceable token (NFT) earlier this year.

‘Love is in the Air’ is an iconic protest-themed work produced by Banksy, a British street artist with a pseudonym. The work will be unveiled at the Sotheby’s Contemporary Art Evening Auction in New York on May 12, Esquire reported. Bids for this work, estimated to be worth between $3 million and $5 million, will be held in US dollars, giving you the opportunity to pay this amount in cryptocurrency.

In recent months, global auction houses are moving more actively into the cryptocurrency industry. In February, British auction firm Christy announced an NFT auction for Mike Winkelmann’s digital work Everdays: The First 5000 Days. Eventually, the auction set a record for NFT sales, with sales of nearly $70 million. In October 2020, Christie even sold a bitcoin-themed NFT piece for over $130,000.

Sotheby’s announcement came amid the rising trend of major coins. Ethereum reached a new all-time high on the 4th, surpassing $3,500.