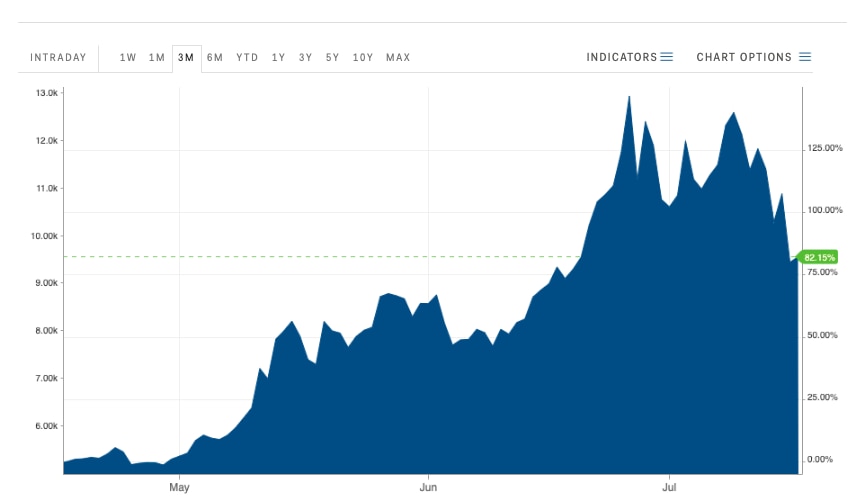 Bitcoin plunged 16% after a bruising day in Congress for Facebook’s digital coin, Libra, fanned fears that regulators will constrain the growth of cryptocurrencies.

“Like a toddler who has gotten his hands on a book of matches, Facebook has burned down the house over and over, and called every arson a learning experience,” Sen. Sherrod Brown told David Marcus, the social media giant’s blockchain boss. He described Facebook as “dangerous” and said it was a “bad idea” to launch a cryptocurrency.

“There are clear signs that both the legislature and executive are not cool with Libra as it stands and this may be affecting market sentiment around Bitcoin,” said Neil Wilson, chief market analyst for Markets.com. “Libra will only serve to focus the minds of the lawmakers in Washington about what to do about cryptocurrencies – until now they’ve not had a clue what they should be doing – Libra offers focus.”

“This could be bad news for crypto bulls,” he added.

Marcus told lawmakers that a cryptocurrency revolution is coming and the US should seize its chance to lead the charge, and said Libra wouldn’t launch until it’s “fully addressed regulatory concerns.” Short-term sentiment towards cryptocurrencies may well depend on whether he succeeds in swaying legislators this week.

“Libra is a project which is going to continue to provide both head- and tailwind for the crypto king, Bitcoin,” said Naeem Aslam, chief market analyst at TF Global Markets UK. 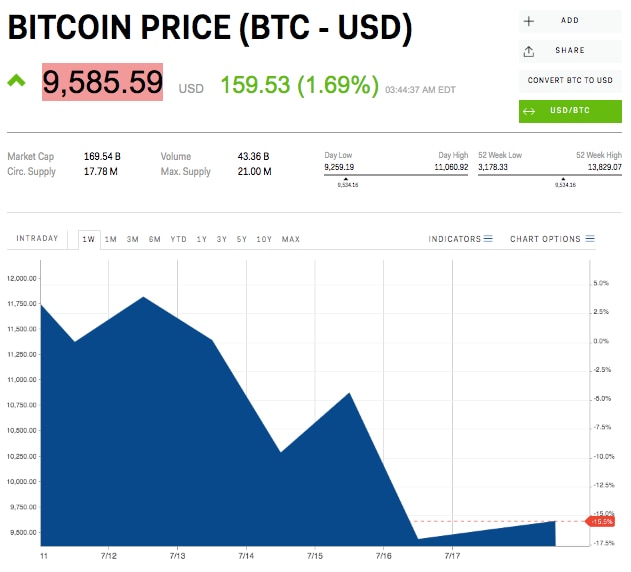 Bengaluru gets Centre of Excellence for e-governance solutions