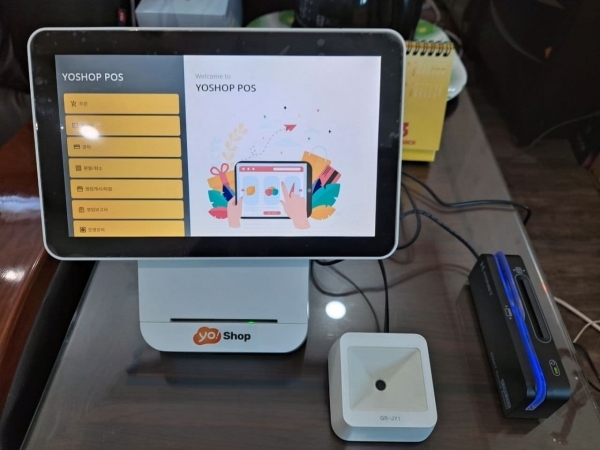 Plans to expand overseas markets in the future

BIXCO’s newly launched POS terminal is a blockchain-based VIX that rewards merchants and users when paying by credit card or cash, as well as accumulated as a reward through the application Yollet. Can be used like cash at Big Space affiliated stores nationwide.

In particular, it focused on the convenience of consumers and affiliates as a process that allows users to easily pay by presenting a QR code to the affiliated store and entering only a password. You can also receive reward benefits by recognizing the QR code displayed in the app to the merchant’s QR scanner.

Bixco is drawing attention from the industry by strategically collaborating with Nai&Pay, a payment company located in Gasan Digital Complex, and Ibex Lab, a blockchain-based force and payment service provider in Kazakhstan. In the future, it will provide not only Big Space service, but also a total service for stores such as non-face-to-face order and payment, point service, account receivable purchase and financial service.

An official from Bixco said, “We will continue to provide new sources of revenue through token economy and digitalization to self-employed and small business owners suffering from Corona 19. Through this, we plan to expand into overseas markets.”

Meanwhile, Bixco’s POS terminal and application Yolet plans to start introducing a pilot service in April and upgrade the service with the aim of commercialization in June.

The Perpetual Protocol Ecological Fund was released, the first batch of integrations of Charm, dHEDGE and Lemma

Ethereum’s PoS adventure: what are the major changes after the merger?

Blockcast.cc Finds out more about NSFW.APP “Bringing a disruptive eco system to the adult industry”