Perhaps the only thing that can attract everyone’s attention is one way: a price that shocks the outside world.

Original title: “Why NBA Top Shot is so popular, but it is difficult for other sports leagues to replicate the success”
Author: Decrypt editor Daniel Roberts
Compilation: Moni

NBA Top Shot is really crazy right now, and it has the official support of the NBA, the world’s smartest sports league. You will find that the popular NBA Top Shot blockchain collectibles market is very compatible with the NBA, but is this successful function copied in other sports leagues?

For many people, NFT is actually difficult to understand. Even Oklahoma City Thunder star Isaiah Robbie doesn’t know if he will buy his own Top Shot for dunking, but the NBA has completely embraced this emerging thing. . Sometimes you don’t even know what magic NBA Top Shot has used to achieve such an amazing growth. In the past 30 days, collectors have actually spent $255 million on the blockchain collection platform to buy wonderful video clips of NBA stars. .

On Top Shot, buyers lined up for “pack drops” and then bid on the “moments” of the stars, such as the three-point lore of Warriors star Steph Curry and the Lakers Team star LeBron James (LeBron James) violent dunk, as well as Pelicans rookie Zion Williamson (Zion Williamson) blocked shots turned out to be sold for a high price of $100,000 in January. On NBA Top Shot, these wonderful moments are called “digital trading cards”, but it is not entirely correct to describe them as “cards” because they are videos, not static images.

All content and transactions are on the blockchain. Top Shot is essentially NFT (non-fungible token), a non-replicable virtual asset that cannot be divided, and there is no need to worry about theft. Since the blockchain is a decentralized, publicly viewable and tamper-proof ledger, the virtual goods you own can be verified for scarcity. Normally, NBA Top Shot will only issue a few batches, and in some cases only one.

Not only that, the “tentacles” of NFT also extend to the fields of art and music. This Friday (March 5), pop rock band Kings of Leon became the first band to release an album with NFT. They discovered an album called “When You See Yourself” and three types of tokens: the first one Token will be a special album package, the second type of token will provide holders with living allowances such as front row tickets, and the third type of token will be used for “audiovisual art”. All tokens will also feature artwork created by the band’s creative partner Night After Night. In addition, a series of technical issues of the NFT album will be managed by the blockchain startup YellowHeart, including the development of smart contracts.

However, according to DshotRadar data, NBA Top Shot is still the most active NFT market at present, with more than 65,000 active traders in the past week. In contrast, OpenSea has 12,000 traders, and the “third place” CryptoPunks has only 300 traders-it is worth mentioning that NBA Top Shot accepts US dollars, which means that although its tokens are built on the blockchain, you can actually not understand it or hold the tokens at all.

Wealth management company Gerber Kawasaki investor Ross Gerber believes that when the price of NFT is higher than Bitcoin, it will attract market attention. The last time was an ICO. When the Bitcoin situation starts to improve, there will always be new hot spots, just like flying in. Flies flying away. However, if there is no “blockchain” concept, many people will have the question: Why should I “own” a digital video that I can watch directly on Twitter, Instagram or YouTube?

This is indeed a good question, and for now, it is really difficult to give a convincing answer.

NFT believers will say: Yes, you can watch the highlight moments of NBA stars online and enjoy a piece of art online, but this feeling is completely different from if you really own this online video or digital artwork. But NFT skeptics will also retort: ​​If I own an art painting, I can hang it on the wall at home, but what can you do with NBA Top Shot?

NBA Dallas Mavericks owner Mark Cuban is very optimistic about the NFT. He believes that people must overcome the perception that “I must actually be able to touch artwork” and at the same time realize that the pleasure of owning ownership Is really important . Mark Cuban is not the only “big coffee” who accepts and is optimistic about NFT. Celebrities such as Lindsay Lohan and Paris Hilton have also joined them.

But for now, it still doesn’t make much sense to transfer Mark Cuban’s ideas to NFT skeptics. Perhaps the only thing that can attract everyone’s attention is one way: a price that shocks the outside world! In the past February, some NFT prices have soared by more than US$1.5 million, and the transaction price of Hashmask 6718 has even reached nearly US$500 million. Some of the most expensive NBA top basketball game lenses, such as the “2019-20 LeBron James” NFT in the “Cosmic” package, can sell for more than US$200,000. Some NBA fans will even pay between US$100,000 and US$125,000 for the same NFT (but from a different suit). In addition, “2019-20 Zion Williamson” and “2019-20 Ja Morant” these NBA rookies NFT prices have reached 100,000 US dollars.

So, why can the NBA successfully build the NFT, and why can’t other sports leagues replicate it?

Next, let’s take a look at the differences in the NBA.

Top Shot was developed by the blockchain company Dapper Labs. This company has a strong background. When the popular game product “crypto cat” CryptoKitties developed by them on the collectible pet blockchain was launched, the Ethereum network was paralyzed because of its popularity. . Therefore, when Top Shot went live, it soon received full support from the NBA. All the stars’ “Highlight Moments” game videos were approved by the NBA League, which increased the authenticity and trust. At the same time, with the Top Shot market Interest, the NBA can also profit from it and achieve a win-win situation (it is said that the market share has also doubled).

Due to the impact of the new crown epidemic, the NBA season has shrunk, and even the All-Star Weekend held in Atlanta on March 8 also cancelled the rookie game. However, by using Top Shot, the NBA can actually “catch a sum of money” to increase revenue. It is reported that NBA Top Shot has reached a cooperation with the NBA League and will select a “highlight moment” for each NBA player selected as an All-Star, and in March Turn it into a set of digital collectibles on the 7th. In order to cooperate with the smooth development of related work, the NBA even established a blockchain advisory committee, composed of several billionaires including Dallas Mavericks owner Mark Cuban and Brooklyn Nets owner Joe Tsai. The other members are Washington Wizards owner Ted Leonsis, one of the Boston Celtics owners Steve Pagliuca, Sacramento Kings owner Vivek Ranadive and Accel partner, Utah Jazz minority shareholder Ryan Sweeney, the main task of the committee is to explore the integration of blockchain into the NBA Business approach.

In addition to the NBA, what other professional league will do this? Which sports league can do this? At least so far, there is one and only NBA. Compared with football, Major League Baseball, and American football, the players in the NBA league are very active on social networks. Long before the “black life” protests in the United States awakened all other sports leagues, the NBA encouraged players to be concerned about social issues. Expressing opinions outspokenly has also received many praises.

The online popularity of Major League Baseball is simply not comparable to that of the NBA. In fact, MLB launched a crypto collectibles platform, MLB Crypto Collectibles, as early as July 2018, but this platform does not have it at all. Popular. In 2019, it was forced to change its name to MLB Champions, but it still did not catch on. In the words of the fans, Major League Baseball’s collections are like “virtual fools.” Now on OpenSea, MLB’s NFT market is dead.

“The players are working with the NBA League Office to create Top Shot, which in turn increases the excitement and participation of fans. Although many people have started to speculate on the price of NBA Top Shot, many loyal fans seem to be Young people who love NAB are full of enthusiasm. Buying NBA Top Shot may not be seen as an investment. They buy it because they think it is cool, novel, and interesting.”

NBA Top Shot has become a long-term commitment of the NBA League, and there will be more surprises to be launched. Imagine what it would be like when the NBA began to add classic material to Top Shot, such as “The Break of the Century: Havlicek steals!”, “Michael Jordan sticks his tongue out and buckles”-when these When NFT is introduced to the market, how much impact will it have?

It can be expected that as the NBA becomes more and more popular, the Top Shot frenzy will also rise simultaneously. 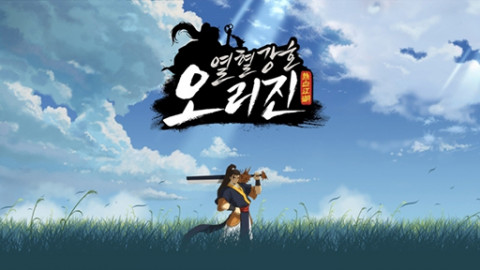 NBA Top Shot is on fire. Will the NFL League embrace NFT?