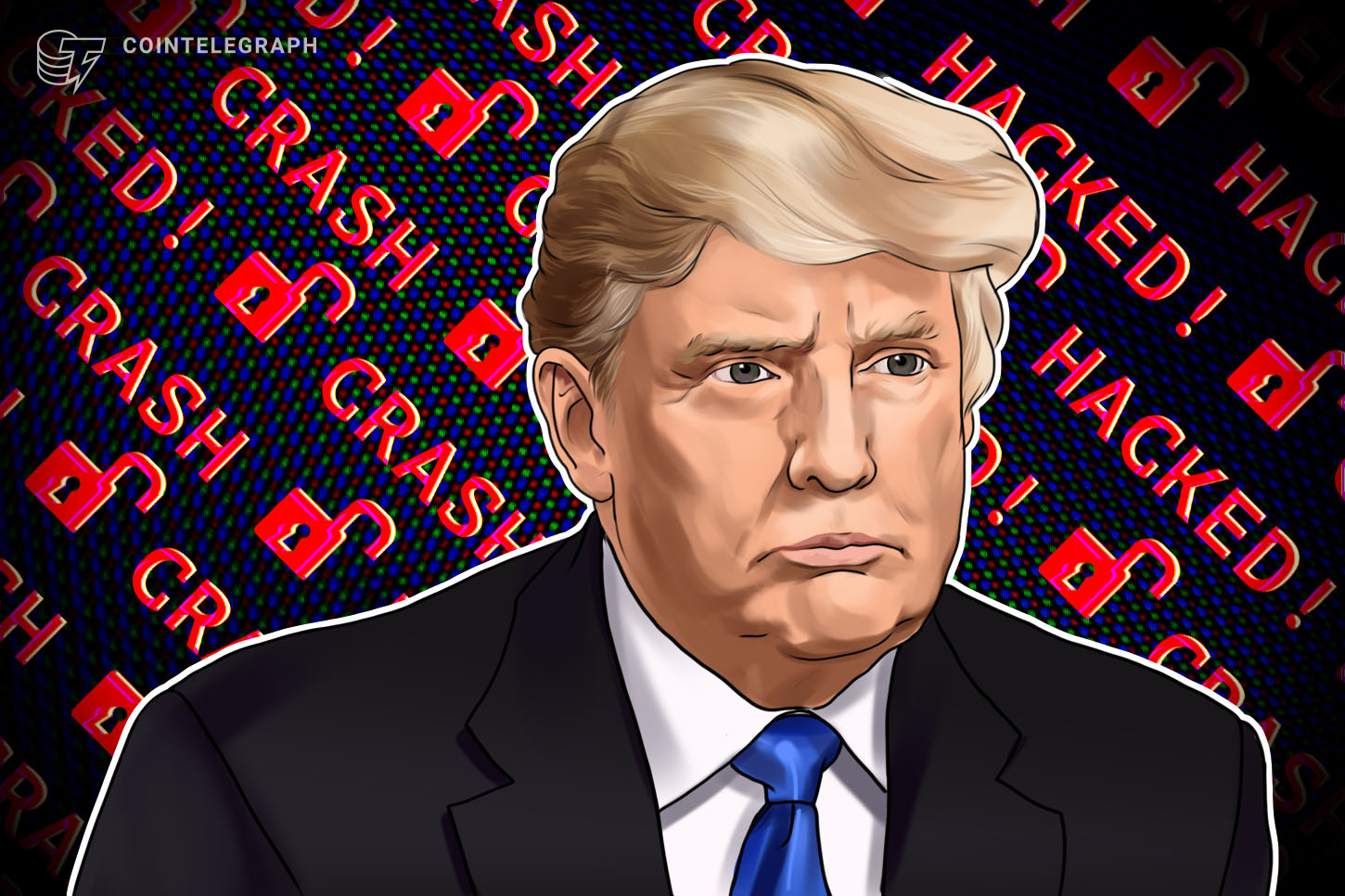 One of United States President Donald Trump’s re-election campaign websites was briefly defaced yesterday, according to an Oct. 28 article on TechCrunch.

Hackers managed to replace donaldjtrump.com’s usual campaign rhetoric and request for donations with a spoof of the FBI’s “This site has been seized” message.

The unknown attackers claimed to have obtained “strictly classified information” and encouraged people to essentially vote on whether they wanted the data released, using payments to two Monero wallets.

“It is time to allow the world to know truth.”

Among the insider information reportedly on offer was evidence discrediting Trump as president and connecting his government to “the origin of the coronavirus.” There is no evidence to suggest that the individuals involved possess any such information.

The website contained no sensitive data, according to Trump’s campaign communications director, Tim Murtaugh, who confirmed the attack in a tweet.

Earlier this evening, the Trump campaign website was defaced and we are working with law enforcement authorities to investigate the source of the attack. There was no exposure to sensitive data because none of it is actually stored on the site. The website has been restored.

Trump recently claimed that “nobody gets hacked,” just days before having his Twitter account hacked by a Dutch researcher who claimed he guessed the password as “maga2020” on his fifth attempt.

The cryptocurrency world is eagerly watching the U.S. presidential election race and wondering how the results could potentially affect the price of Bitcoin and other tokens.

The meta-universe barbarians standing on the border: How will the crypto world move toward the mainstream?