When Bitcoin dropped in value from $12,000 to $10,200 a few days ago, so did most of the crypto-market. Over a longer timeframe, however, it is likely that what BTC is noting is only a retracement in its bull run. That being said, the drop in question did take many traders by surprise. Further, while Ethereum fell below the $400-level, EOS continued to register gains on the charts. Finally, Maker was facing significant resistance in its attempt to note an upside move.

Ethereum fell from near $490 to $370 in the space of just four days, falling almost as quickly as it did when it surged towards $500. The VPVR showed that the Point of Control was at $389, while the nearest support level lay at $375.

If ETH traded above $390, it could eye the next level at $405. However, ETH might continue to trade in the high 300s in the coming days and might not ascend a lot following the recent depreciation on the charts.

Finally, the Awesome Oscillator showed that momentum remained strongly in favor of the bears.

EOS rose above the down trendline (yellow) to rise as high as $3.50, before falling with the rest of the market. The crypto’s price found support at the trendline, and ascended levels $2.78 and $3 with momentum, something represented by the above average trading volume.

The Aroon Oscillator showed a crossover of the Aroon Up above Aroon Down, a development that underlined the uptrend in the market. However, the same had reversed itself at press time, and the next few trading sessions will show what kind of movement is in store for EOS.

At the time of writing, EOS looked very likely to re-test its support level at $3, with the crypto also likely to test its resistance level at $3.35.

MKR could not hold on to its $685-resistance level, after flipping it for a brief moment before falling beneath the same. At press time, MKR was trading below its resistance at the $600-zone.

At the same time, the RSI was showing a reading of 43, a neutral reading that indicated possible bearishness in the short-term for MKR. 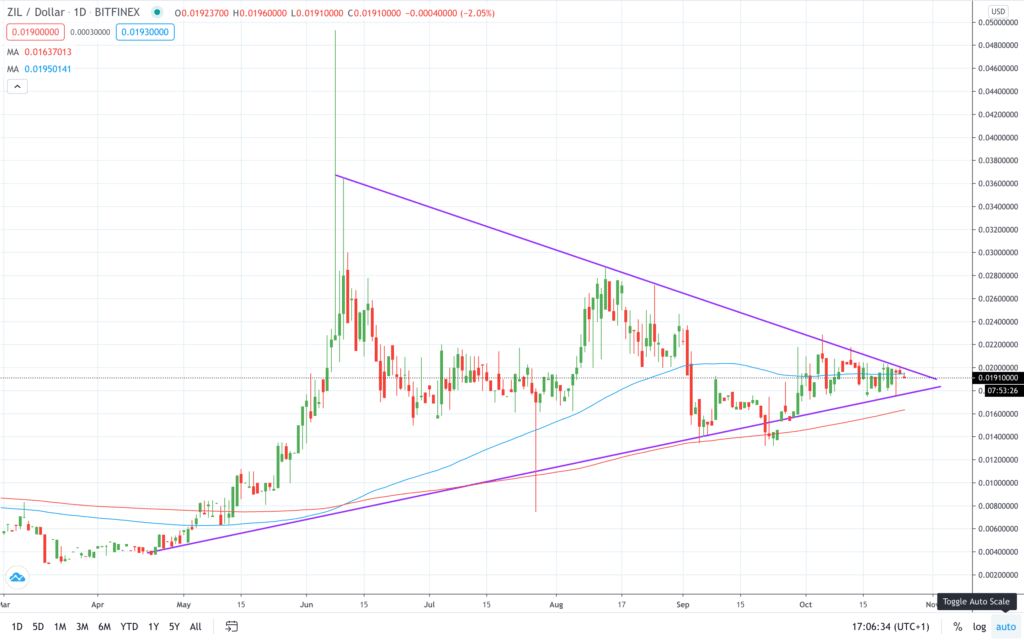 How does the Ethereum 2.0 beacon chain improve performance? Brief analysis of committee mechanism and certification information 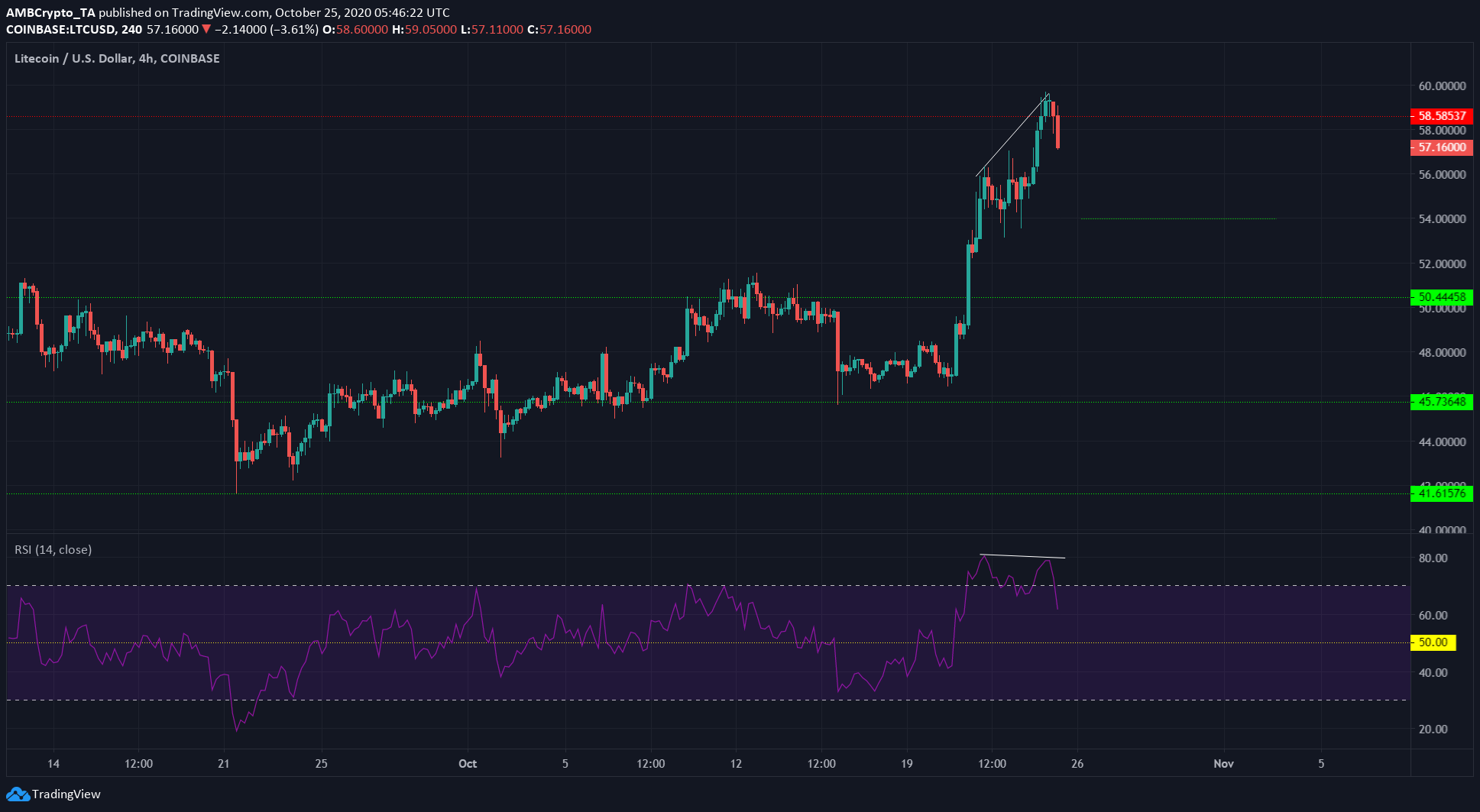 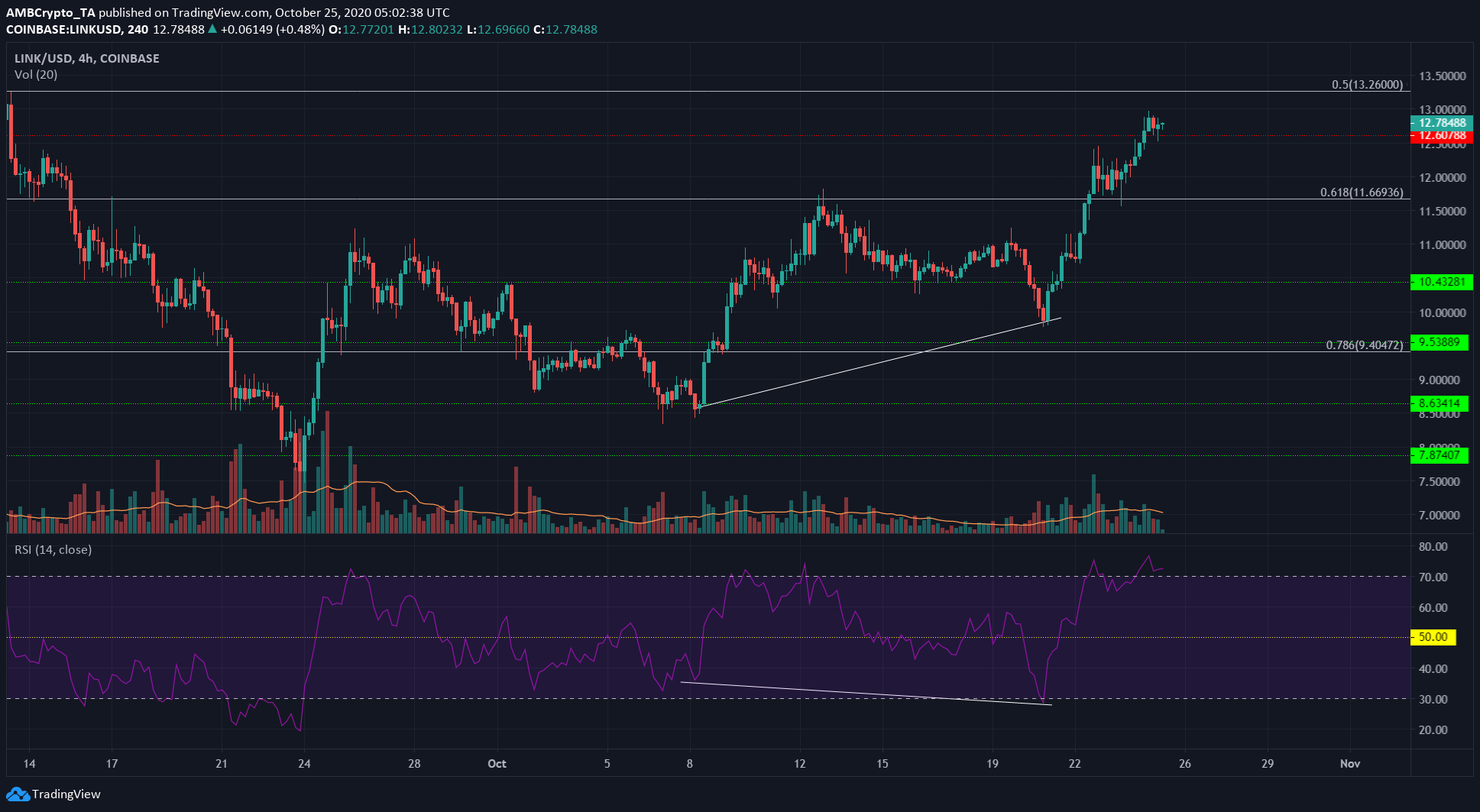 Up or down? Dash price prediction for November 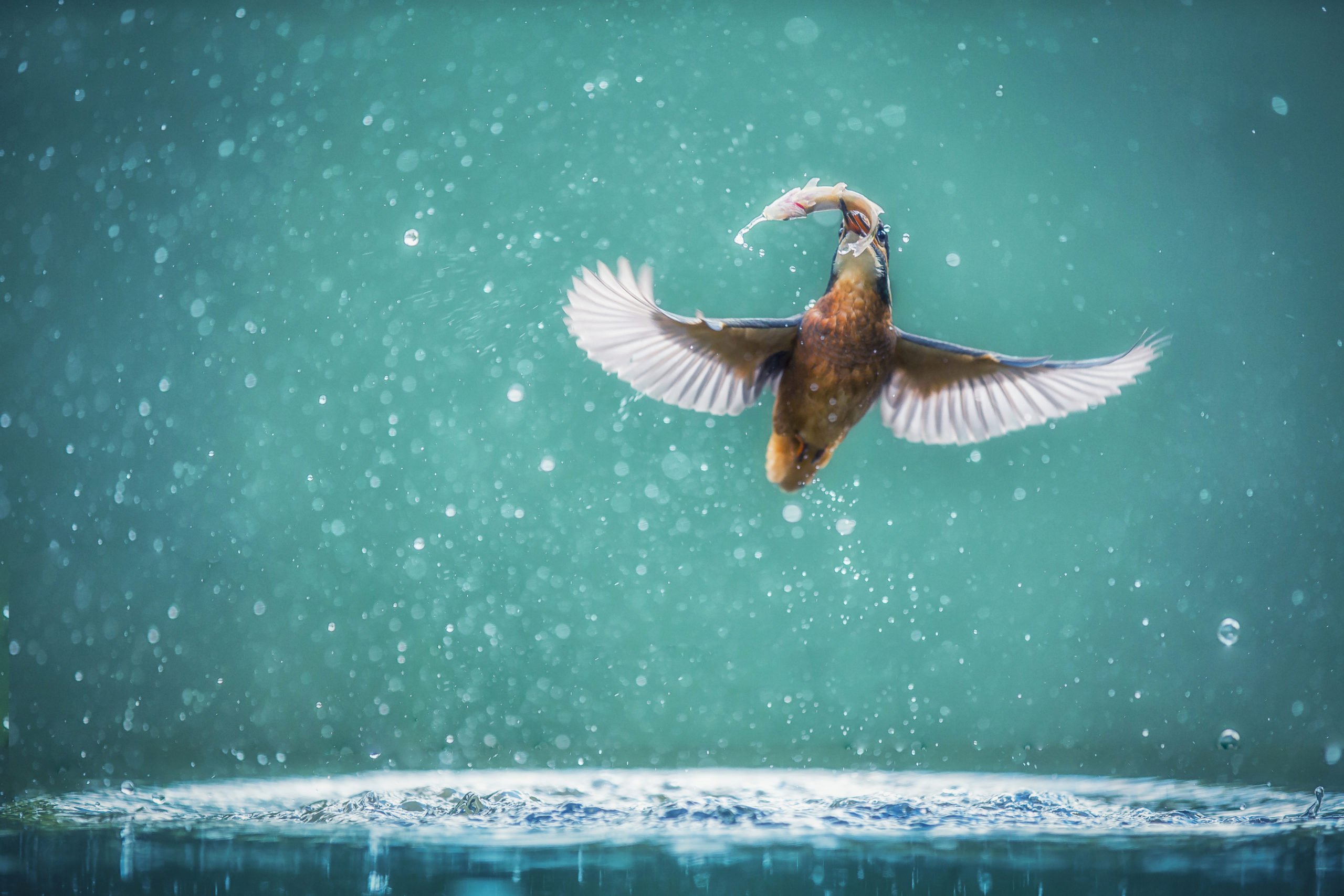 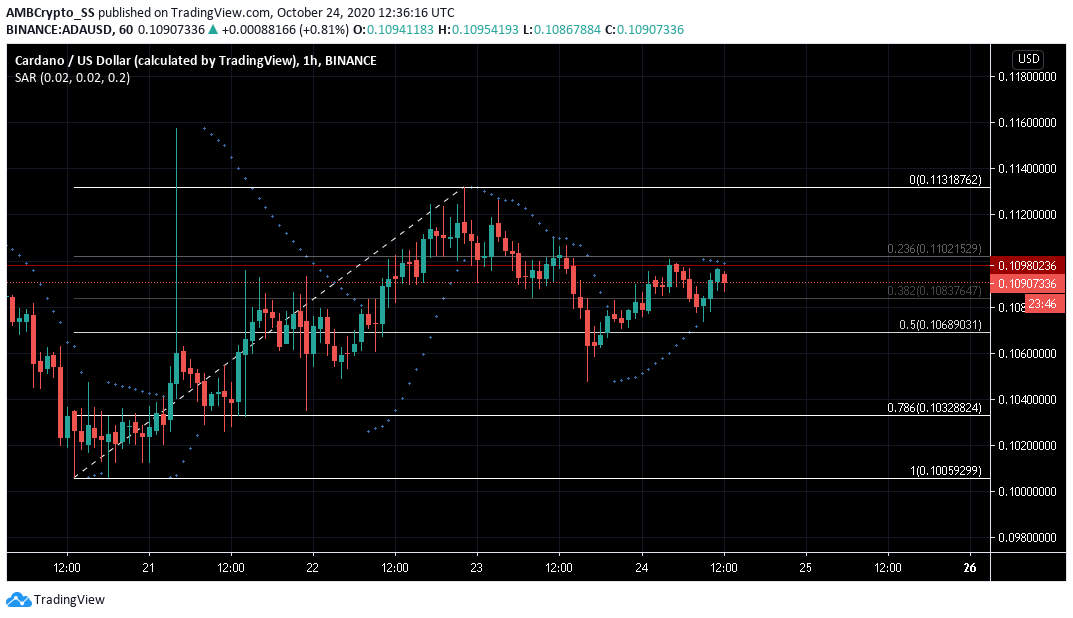