Blockcast.cc- News on Blockchain, DLT, Cryptocurrency
Home News From plagiarism to innovation, what new developments will SushiSwap have in the...
Share
Facebook
Twitter
WhatsApp
Linkedin
Telegram

At present, SushiSwap has made great progress in terms of project cooperation, functions, ecology, and multi-chain deployment, but there are also some hidden dangers. First, the more complex the ecology, the higher the risk index. Second, recently Sushi is also facing the issue of token unlocking.

On March 31, SushiSwap officially released the update of project Q1. At the end of this update, Sushi put an “Easter Egg”-Q2 road map.

Compared with Uniswap, it has been exploring within the scope of AMM, struggling to find solutions to problems such as slippage, impermanence, liquidity, and capital efficiency. SushiSwap extends its tentacles to more complex decentralized trading functions, such as leverage and short selling, NFT trading, and other scenarios outside of trading-mortgage lending, etc.

If Uniswap is a master and wants to penetrate all AMM scenarios and find a universal rule, then SushiSwap is adding ecologically, trying to find solutions for multiple scenarios, and then connecting them in series. Backed by the yearn big ecology, Sushi is rich and innovative in terms of functions and ecological connections.

From plagiarism to innovation

SushiSwap started with the plagiarism of Uniswap and experienced the cash out shipment of the founder Chef. The project was facing death for a time. This is a fact that everyone in the currency circle knows.

But currently, SushiSwap has developed its own characteristics. Whether in terms of UI, functions, collaboration, project updates, etc., SushiSwap already possesses “innovation in features and the ability to grow on its own,” which many projects do not have.

Since SushiSwap was included in the yearn ecology, it has deviated from the development route of Uniswap. At present, the intersection of SushiSwap and Uniswap is only the same AMM trading interface.

SushiSwap has successively launched Onsen, BentoBox and other products. Onsen is a liquid mining platform. Users who provide liquidity for supported trading pairs can get SUSHI token rewards. The annualized rate of return on Onsen was once ridiculously high, which attracted many users.

SushiSwap has been relatively successful on Onsen, and has continuously participated in cooperation with popular projects. Perhaps because of this, the tradable assets on SushiSwap have been greatly expanded, and more than 700 tokens are currently supported. In contrast, Uniswap supports less than 200 tokens.

BentoBox is a token pool. Sushi official gave a description of the entire ecological picture of BentoBox in the Medium article. Bento is a pool where all tokens are stored. The tokens authorized by users can be used to connect to Bento’s DeFi protocol to help increase revenue.

Because Bento itself is a large capital pool, some operations can be achieved through the internal flow of assets, so the gas fee can be lower and the transaction speed can be faster. In addition, the DApp connected to Bento, which is the usage scenario of the tokens in the fund pool, can be very imaginative.

Kashi is the first DApp on Bento, which is a lending platform. Users combine a kind of asset they hold and the asset that the counterparty wants to mortgage into a lending pair to form a decentralized lending market. Users obtain income by providing assets, or they can borrow another asset by collateralizing assets.

Many DeFi applications lock assets in a very large scale, but the utilization rate of assets is not high. So Kashi uses flexible interest rates to increase utilization. Kashi hopes to maintain this utilization value at 70-80%, that is, the assets provided by users can be maintained at a state of about 70-80% being lent.

The specific implementation is that when the utilization rate of assets is higher than 70%, the agreement will increase the lending rate, thereby increasing the supply of assets and curbing the borrowing demand. vice versa.

READ  What can blockchain do for the Internet of Things?

According to the official statement, Kashi can also short assets, realize margin trading, and increase leverage on transactions. The so-called short-selling operation may be realized through borrowing. As for margin and leverage trading, the official has not given more details.

Kashi is just one example of many application scenarios. The authorized funds in Bento can also be connected to protocols with various functions and strategies with various logics, such as flash loans.

If you further develop in this direction, will options, derivatives, NFTs, insurance, labor decentralized transactions, etc., be integrated into SushiSwap?

From a larger perspective, Sushi is also continuing to determine a cooperative relationship with the public chain. Currently, Sushi has been deployed on the following public chains or networks: Ethereum, Fantom, sidechains 0xPolygon and xdaichain, Binance, and Moonbeam, the smart contract platform on Polkadot.

At present, the development of SushiSwap, from all aspects, whether it is project cooperation, function, or ecology, multi-chain deployment, etc., all flowers bloom.

Compared with Uniswap V3 through aggregating liquidity to improve capital utilization and reduce slippage, Sushi should launch a limit order model. In fact, in the Q2 roadmap, Sushi also released another picture, showing the market order and limit order modes of Sushi on the trading interface of the multi-signature wallet Gnosis Safe Multisig.

How SushiSwap’s limit order model will be implemented is still unknown. Regarding the V2 version of AMM, many people speculate that SushiSwap will not only increase the limit order function, but may also involve the adoption of the second-tier expansion plan.

SushiSwap has made it clear that it will use the zkSync solution with the yearn ecosystem to ensure composability. Matter Labs, the development team of zkSync, stated on March 27 that the public beta network of zkSync will be launched in May, and the main network will be launched in August. If it can go online as scheduled, this is definitely good news for Sushi.

Considering that the current NFT transaction is so popular and the wealth effect is so obvious, the NFT transaction solution mainly solves the liquidity problem of the non-homogeneous token NFT, which is also a hot spot in the current market. At present, this field is still a blue ocean market.

SushiSwap’s upcoming NFT trading platform is called NATO. The current situation regarding NATO, for example, it will adopt a pure art auction model similar to Nifty Gateway and Opensea, or there will be more innovative pricing and liquidity solutions. The official has not yet Give specific information.

Judging from the update of the project and the roadmap of Q2, the development of SushiSwap is expected. Since being included in the yearn ecology, Sushi has shown an increasingly distinct development from Uniswap.

When Uniswap proposed to aggregate liquidity and forcibly turn SLP tokens into NFTs that are more fluid and more difficult to combine, Sushi strengthened its cooperation with other projects to connect logically relevant scenarios and functions more closely. In terms of DeFi’s composability potential, Sushi may develop more easily.

SushiSwap also has some hidden dangers. First, the more complex the ecology, the higher the risk index. Second, Sushi is also facing the issue of token unlocking recently. It is said that about 47 million SUSHI (accounting for 1/3 of the circulation) will be unlocked. The development potential of SushiSwap and the impact of token unlocking may bring interesting market reactions. 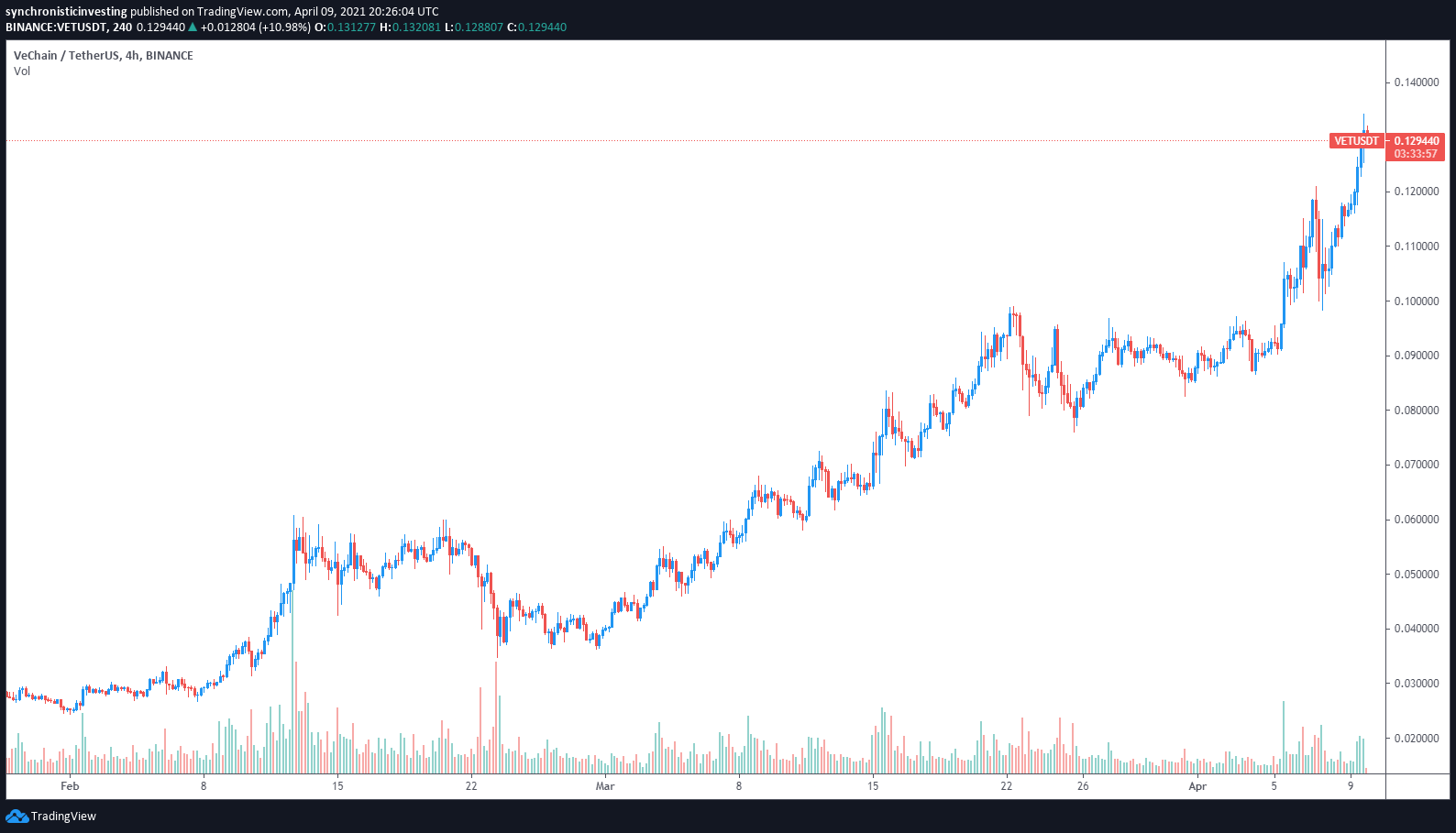