Let’s start with a section of chicken soup. Coinbase founder Brian Armstrong once wrote this sentence:

Most of the things you see around you are just a simple idea and a rough prototype at the beginning. It takes 5 to 10 years to turn it into a “overnight success” and dozens of setbacks and frustrations along the way. Route correction.

So choose something you are passionate about and get started. “

Lianwen once introduced to readers that Coinbase introduced the pitch deck of future development opportunities to the earliest investors in 2012. However, in fact, the initial development of Coinbase, which is valued at more than 100 billion US dollars today, was not all smooth sailing. Garry Tan, the co-founder of Initialized Capital, helped him by signing the first check to Brian Armstrong and helping him complete the first round of investment.

Garry Tan wrote an article to share this experience.

In 2013, I gave Brian Armstrong (Coinbase founder) a great help by introducing him to the best investors in Silicon Valley. At that time, Brian Armstrong and another co-founder Fred Ehrsam were still working hard in the SOMA office, but Now, the market value of Coinbase they founded has reached hundreds of billions of dollars.

Eight years ago, I participated in their seed round financing roadshow. At that time, they didn’t seem to understand the product/market fit, as if everything was not on track. But after several years of tempering, it is obvious that Coinbase has solved this problem perfectly.

I still remember Brian Armstrong came to me at the time and he told me that the company almost ran out of operating funds and Bitcoin was sold out. So I told him that now is the time to raise Series A financing and start going to the market. In fact, this is the most important thing I think is done for Coinbase: to help them expand their capital.

Below, I will disclose the e-mail that helped them raise funds at the time (March 3, 2013), hoping to be helpful to everyone:

They have the market demand they need, but they are subject to capital constraints, and each time they raise funds, they reach the capital limit set by the (bank) (4 times last month). Obviously, Coinbase is the only legitimate site that helps people obtain bitcoins, which in turn helps more bitcoin traders benefit. On the other hand, Coinbase is also at the forefront of promoting the legalization of cryptocurrencies. They recently launched Reddit (the top 50 social networking site in the world) for payment. Some of the largest and most intelligent hedge funds in the market, such as [ , etc.], are using Coinbase as a financial tool to hold long positions in Bitcoin.

I believe that Coinbase has the potential to fundamentally reshape the two largest payment methods in the world:

At this stage, the total global market value of Bitcoin is approximately US$300 million-an increase of 400% last year. Given that the above two use cases are still in their infancy, and Coinbase is at the forefront of the market, I think now is one of the most disruptive and innovative opportunities I have ever seen.

Brian Armstrong is an excellent software engineer. He also worked in Airbnb’s anti-fraud team. He is an ideal candidate to start a business in the cryptocurrency field. Coinbase is not the kind of bank that requires you to protect it with a gun. Brian Armstrong has the ability to protect Coinbase.

I trust them very much, so I think you can also provide the opportunity to talk with them.

Coinbase CEO Brian Armstrong later recalled: “The financing sounded like a trivial matter, but I really didn’t have the confidence to negotiate with investors. Garry gave me the right knowledge and helped us achieve this goal. .”

READ  Binance announces the upcoming launch of its NFT marketplace

One month later, Coinbase received a US$5 million in Series A financing with Union Square Ventures as the investor; at the end of 2013, Coinbase raised another US$25 million in Series B financing with the investor Andreessen Horowitz. For all of us, 2013 was an extraordinary year. As an early seed investor in Coinbase, Initialized is very proud to be able to play a very important role in their IPO process. 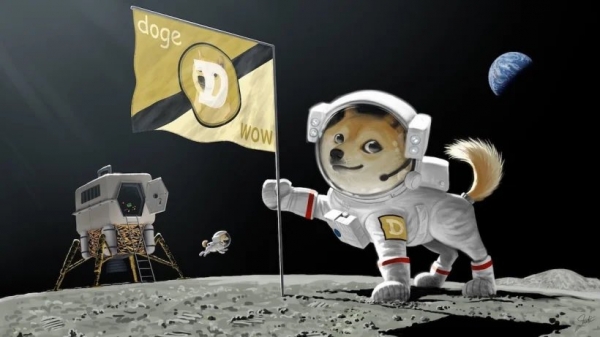