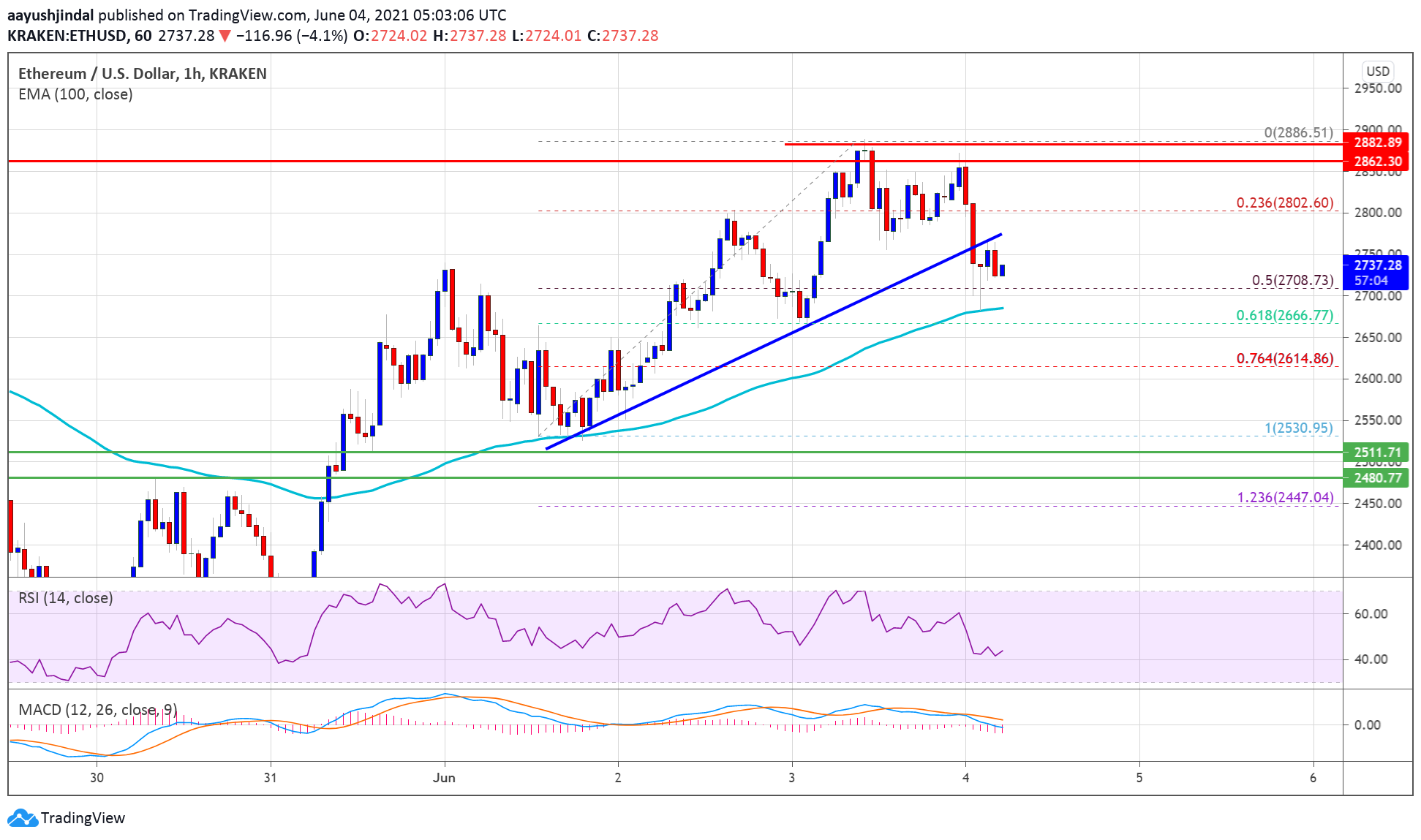 Ethereum extended its rise and traded close to $2,900 against the US Dollar. ETH price is correcting gains and it is likely to remain strong above the 100 hourly SMA

There was a break below a short-term bullish trend line with support near $2,750 on the hourly chart of ETH/USD. The pair is now testing the 50% Fib retracement level of the upward move from the $2,530 swing low to $2,996 high.

The main breakout resistance is now forming near the $2,900 level. A close above the $2,900 level will most likely call for a test of the $3,000 barrier in the near term.

If Ethereum fails to clear the $2,800 and $2,850 resistance levels, it could extend its decline. An initial support on the downside is near the $2,700 level.

Hourly MACD – The MACD for ETH/USD is slowly losing pace in the bearish zone.

Hourly RSI – The RSI for ETH/USD is currently below the 50 level.

Unlike BTC and ETH, ‘investor favorite’ Solana registers another week of inflows