Affected by the sharp downturn in the market, other cryptocurrencies suffered heavy losses, with the top ten token prices falling by more than 16% on average. In addition, during the Bitcoin diving period, the cryptocurrency market liquidation amount once exceeded 1.2 billion U.S. dollars, which was close to the liquidation amount of 312 days (1.4 billion U.S. dollars).

Bitcoin’s fall is in sharp contrast with the previous day’s (25th) rise. Data shows that Bitcoin touched a high of $19,485 on the 25th, which not only continued to hit a new high this year, but also hit a new high since January 2018. There is a view that the market is only one step away from historical highs. However, Bitcoin slumped $3,000 on the 26th, giving up the gains since the last 10 days.

In this regard, Decrypt quoted BitRiver’s founder and CEO Igor Runets as saying that the decline of Bitcoin seems to be a temporary price correction, which is probably due to fear, uncertainty and suspicion. Because $20,000 is the psychological threshold for most people.

“A record high requires real motivation. Investors regard the upside of $20,000 as a sell signal, hoping to make a profit, and this leads to a price drop.” Cryptocurrency analyst Jason Deane said.

READ  Uniswap’s UNI Could Plunge to $2.50 as Trendline Resistance Holds

Huobi senior analyst Kang Luzhi pointed out that the reasons for this callback include three aspects. First, Coinbase began to prevent customers from making new margin transactions, at the same time canceling all outstanding limit orders, and completely ending the margin trading function next month. Since Coinbase did not fully disclose the specific guidelines of the CFTC, the compliance boundary of the future trading market is not clear, and there is a certain panic in the market.

“In addition, since the United States is in the Thanksgiving holiday period and the heavy-duty institutions are on holiday, the shorts are exerting force at this time, and the bulls are caught off guard. Bitcoin has continued to rise recently, and the market has accumulated a large amount of profit. With the opportunity, the market took advantage of the trend to form a certain resonance, so there was a significant decline.”

Kang Lüzhi said, “At the end of the year, the global market is facing a gradual tightening of funds. The bulls have lower expectations for incremental funds, so they have made certain profit-taking actions. The lower support level may be retraced by the overall rise. Fibonacci is at 0.382, which is near the 16000 integer mark.”

Bitcoin’s long-term overbought status is seen as another reason for this plunge. Jason Deane said, “Buyers become greedy, which is usually classified as an overbought signal, which basically occurs before the price correction.”

READ  Except for Bitcoin, how can institutions make money quietly in the bull market?

Sui Chung believes, “Most of the frozen bitcoins rose by about 70% during the withdrawal period. Once these assets can be transferred freely, many investors may choose to sell for profit, which will increase the market to a certain extent. Sell ​​momentum.”

Coincidentally, CryptoQuant CEO Ki Young Ju tweeted yesterday that the possible reasons for the price fluctuations in Bitcoin prices are: some giant whales tried to leave OKEx, and considering fast transactions and other reasons, they may exchange BTC for other digital currencies (Such as XRP). (Note: The data provided by Ki Young Ju shows that within the first block time frame after opening the withdrawal, OKEx outflows 2,822 BTC, which is the highest value outflow in the block time period.)

Although Bitcoin has fallen sharply this time, most analysts are optimistic. Some people point out that the decline did not reflect the market collapse in 2017, and that Bitcoin is better than the market situation three years ago.

“Although it did not exceed the historical high in 2017, the total market value of Bitcoin has risen a lot. This is because there are more Bitcoins in circulation than ever before.” Gunnar Jaerv, chief operating officer of Hong Kong digital asset custody provider First Digital Trust Said.

In addition, Soravis Srinawakoon, CEO and co-founder of the oracle Band Protocol, said, “This sell-off is healthy for the overheated market and is very optimistic for a period of time. As we saw in 2017, the currency price is not It may go up straight.”

It should be noted that analyst Jason Deane pointed out, “Although Bitcoin may touch as low as 14,000 to 15,000 US dollars, the price will not go lower at this stage.”

However, according to Cointelegraph news, there are opinions that there may be a greater correction or a period of consolidation in Bitcoin prices. The aforementioned Ki Young Ju pointed out that Bitcoin may have more corrections in the short term. For example, the average inflow of all exchanges is still hovering at a high level, which indicates that there is still a lot of selling pressure in the market.

“Bitcoin may have more corrections. The average value of Bitcoin inflows on all exchanges is still high. I think we will face correction/sideways this week, and by December this year, it will exceed $20,000.

New developments in the theft of Coincheck in Japan three years ago: 31 people were arrested, involving 18.8 billion yen 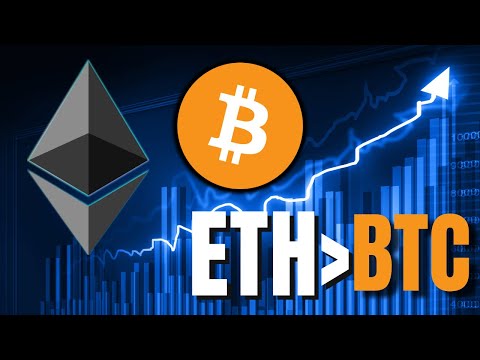