The 2.0 version that solves the speed and scalability of the Ethereum network has made new progress.

On September 22nd, the core developer of Ethereum 2.0, Danny Ryan, wrote an article to announce that the new testnet Spadina will be officially launched on September 29th for a period of three days. At present, the platform Spadina Launchpad, which helped the rapid testnet launch, has been launched.

A week ago, Danny regarded Spadina as a “dress rehearsal” in the trailer, with the purpose of allowing developers and communities to have another public test before the Eth 2.0 mainnet went live, mainly going through the process of pledge and creation.

Based on Danny’s wording predictions, the Eth 2.0 mainnet is about to emerge. This is good news for the current DeFi applications and users on Ethereum. Network congestion and high gas fees have bothered everyone for too long.

The proximity of the Eth2.0 mainnet supports the patience of ETH holders.

3 days of “dress rehearsal” for test pledge and creation

“Although this testnet may continue to exist for a period of time after 3 days, the client team, block explorer and other key infrastructure providers will not continue to provide support for Spadina after the expiration.” September 14, Danny Ryan emphasized that he was the core developer of Eth 2.0 when he announced the testnet on the official Ethereum blog.

On the same day, Danny also stated that the main purpose of the Spadina testnet is to allow developers and communities to go through the more difficult and risky parts of the entire process-pledge and creation before joining the mainnet. “If everything goes well, we will be more at ease in the face of the mainnet launch later.”

It can be seen that this time Spadina, which Danny regarded as a “dress rehearsal”, also officially launched the mainnet to do another insurance.

After all, last month, another testnet, Medalla, had a “clock bug”. A block producer with more than 60% of votes had a delay of nearly 90 minutes, which also affected other nodes to package new blocks. This also caused the Medalla network to be unable to generate blocks for a while. Fortunately, the vulnerability was finally fixed.

During the short operation of Spadina this time, Medalla will not be shut down. The two will operate in parallel to protect the latter’s good running status.

So, who needs to test on Spadina? Danny suggested that users who want to try to generate and manage keys personally to see if they can set up the client from scratch, “Of course you should participate”; and if you have participated in multiple testnets, you can use the command line to manage keys proficiently With multiple clients, and users who often write custom systemd configuration files and monitoring tools, “you decide whether to participate or not”.

There is no doubt that one testnet after another of Eth 2.0 is preparing for the smooth operation of the mainnet in the future. As a blockchain network that stores a large number of valuable encrypted assets, safe and stable operation must be very important.

For developers and users of applications and applications grown on this network, they have one of the biggest expectations for Eth 2.0-this new main network can really bring improvements in speed and cost, congestion and high gas. Fees have troubled them for a long time, especially since the outbreak of DeFi, this trouble has increasingly affected the experience.

Take the DeFi carnival that Uniswap gave to more than 200,000 user addresses not long ago to “deliver benefits”. There are a lot of red envelopes, but it is really slow to trade and cash out on the chain. Some users even accepted the maximum gas fee suggested by the wallet, and they were unable to quickly complete the transaction.

On the same day, it is recommended that Gas reached 1000 Gwei at one time, the highest point in history.

Li Fei (pseudonym), a user who received the UNI airdrop benefits, recalled that the first time he got the “red envelope”, he initiated the withdrawal and thought of cashing out on a centralized exchange, but it only arrived in the afternoon, “Everyone sold 10,000 For a lot of dollars, I only sold more than 7000, because when the UNI soared to the high price that day, my coins hadn’t arrived yet.”

In addition, Li Fei also feedback that the high gas fee of Ethereum has made DeFi’s liquidity mining more and more unfriendly to retail investors. “The full set of actions of recharge, mortgage, withdrawal, and withdrawal cost two to three hundred yuan. It’s not going to come down at all.” He said that for players with a principal of 10,000 yuan, the fee is really not low. “Moreover, the annualized rate of return of DeFi projects has become lower and lower. Small casual players have already There is no such thing as oily water.”

As a user of DeFi applications, Li Fei is looking forward to the arrival of the Eth 2.0 era, “The network speed is faster, the cost is lower, and the application is more and more talented. The assets on the chain are enriched, and users can only play, otherwise who will stay. Are you contributing the handling fee in vain?”

At 21 o’clock on September 24, EthGasStation data showed that the lowest network transfer fee was US$0.28 and the highest was US$13.

At the same time, OKLink data showed that Ethereum’s TPS reached 13.58 transactions per second, and the number of unconfirmed transactions on the entire network was more than 99,000. The recommended Gas fee is 90.66Gwei. Comparing historical data trends, Ethereum’s entire network computing power, difficulty, and gas utilization rate all peaked in September this year.

All indicators of the Ethereum network are soaring (data from OKLink)

The market urgently needs an Ethereum with higher efficiency and lower cost of use, which is also one of the pursuits of the network 2.0 version. Ethereum founder Vitalik Buterin has also stated that the transition to the Eth2.0 network under the PoS mechanism can realize thousands of transfers per second, which can alleviate current pain points to a certain extent.

In addition to users of applications on the Ethereum chain, investors holding ETH also look forward to the arrival of Eth2.0.

Despite a lot of retracements in the currency price, ETH holder Jam still did not sell, “waiting for the launch of the Eth2.0 network.” He believes that as long as there are no technical issues affecting the mainnet launch, version 2.0 can be considered the last of this year. good news.

In a recent Twitter topic, encryption enthusiast Chase Wright stated that he would not invest in ETH when the Ethereum 2.0 mainnet was launched. One reason was the BUG incident on the previous testnet Medalla. Although this vulnerability was later fixed, at that time This still causes most Medalla verification nodes to be in the “red” state, “the Ethereum 2.0 network is not reliable.”

However, domestic investors are relatively optimistic. Some people believe that the testnet itself is used to detect problems and “make it whatever you want.”

On September 24, when Vitalik Buterin interacted with the founder of EthGasStation on Twitter, he explained that the risk of the “clock bug” that occurred last month was exaggerated. The Medalla validator has been running for several weeks before and after. There was no interference or any problems. Preston Vanloon, a node member who was the first to report this vulnerability, also said that the incident will not affect the normal release of the Ethereum 2.0 mainnet.

It can be seen that there are still many uncertain factors before Eth2.0 officially reveals its true meaning, and what kind of changes it can bring to the network, application developers, users, and market investors can only wait patiently.

Andre Cronje stepped off the altar: YFI became famous in its first battle, but new projects have been “thunderstorms” one after another 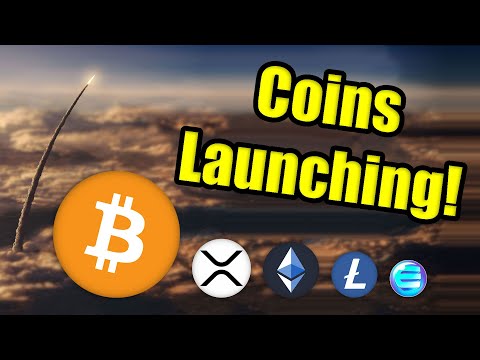 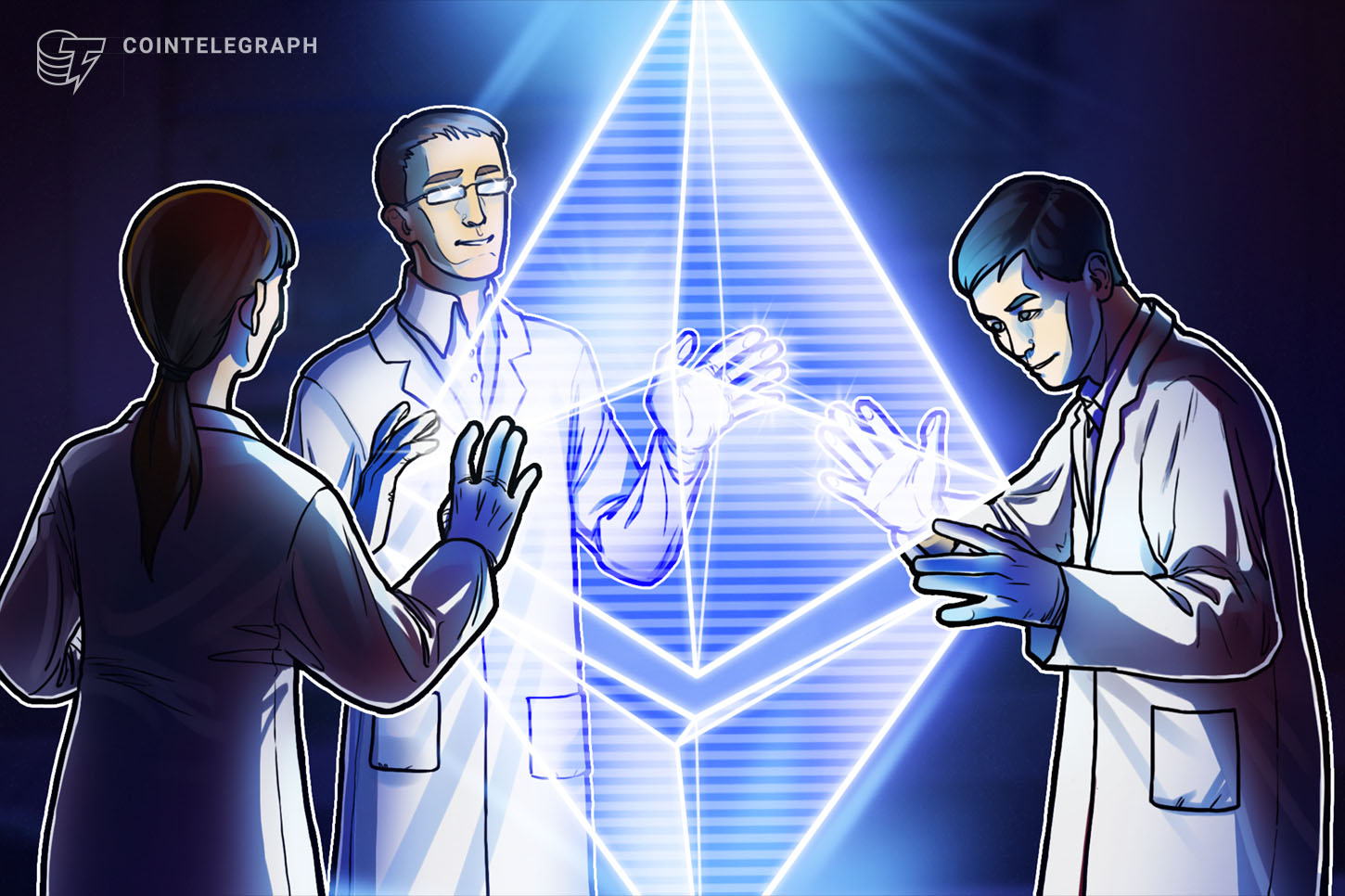