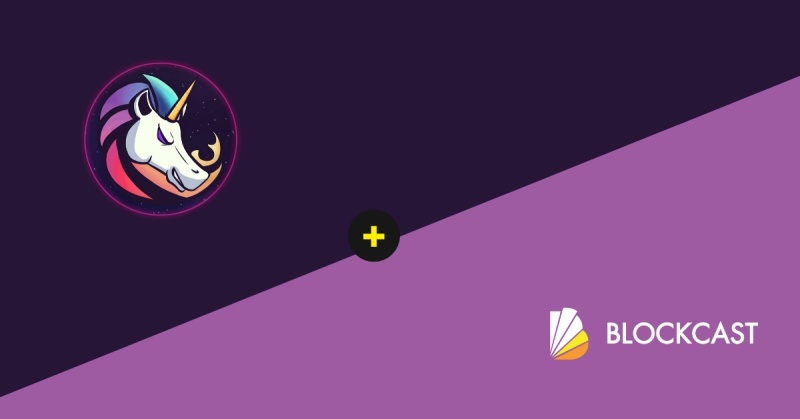 The Asia Blockchain Community, a brand operated under Blockcast.cc will be hosting an AMA session with 867 CRYPTO on 14 September 2021, 6.00 pm Singapore time (GMT +8) on its Telegram channel, https://t.me/Blockcastcommunity.

UNIMOON is the world’s first truly decentralized social media network bridging the gap between Web2.0 and Web3.0 simplifying blockchain for everyone. UNIMOON will be a layer 1 permissioned blockchain with front end applications such as uMOON (similar to Tik Tok) and uLIVE (similar to YouTube), where users will earn $unimoon crypto rewards for doing the same things users already do on current social media platforms. This will be the key to crypto mass adoption building an ethereal native mobile app and web app that simplifies blockchain in the easiest way possible through a familiar social media UI/web2.0 functionality. Storj.io will be a key partner to complete a truly decentralized ecosystem to protect our user’s data/content stored on a decentralized cloud storage infrastructure.

Currently, social media has over 4+ billion people 53.6% of the world’s population with an average daily usage of 2 hours and 25 minutes. Social media users > Banked population. UNIMOON sees the accessibility and simplicity of social media as the key to adoption. We are developing a suite of products on the network/blockchain that will allow the global population to reach a whole new level of freedom and blockhain adoption never seen before. Once our UNIMOON network is fully established users and holders within the network will have direct access to comprehensive banking solutions with DeFi.

“Decentralized Media, DeMe is the next wave for the new crypto future it just hasn’t been realized yet until now. If we didn’t do it then someone else will it’s inevitable for the evolution of crypto to see experience this paradaigm shift.” Dale Song, Founder of UNIMOON commented.

The Asia Blockchain Community (ABC) is a community based and run by volunteers in Asia. ABC understands the market well and is supported by a panel of blockchain and crypto experts and influencers. The community has hosted more than 50 projects in recent months.

For more information about UNIMOON, go to:

Founder of BitMEX: The beauty of NFT art is the source of the sense of belonging in the online community