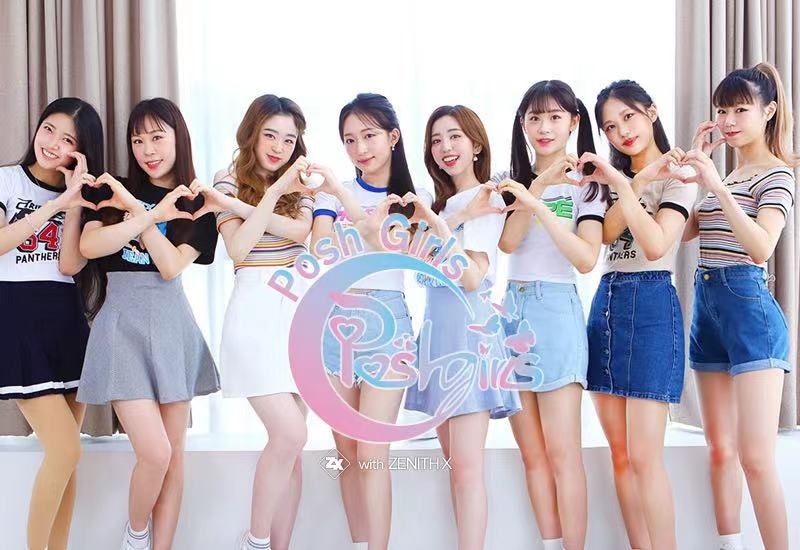 Poshgirls will release their debut album in August and enter the Korean and Japanese music markets, as well as expand their Asian activities.

ZenithX is a global fandom platform that secures the transparency and trust of the ecosystem with blockchain technology and facilitates the transaction of digital items and contents with NFT technology. In addition to its role of connecting fans and artists, it includes exclusive content from artists that can be purchased and traded.

Having entered into a strategic relationship with ZenithX, Parsi Girls will release music, music videos, photos and other digitally created products exclusively on the ZenithX platform. It is expected that exclusive transactions in the form of items will be possible through the NFT Marketplace. In addition, ZenithX community service will allow you to experience a new fandom world by voting on various topics, communicating directly with artists, and experiencing digital content created exclusively for fans.

Digital content released after Poshgirls’ August debut will be presented on the NFT Marketplace, and the first concert tickets are scheduled to be sold as a commemorative event. Concert tickets released through NFT will be divided into a version for all members and a special ticket for each member.

Through the Poshgirls project, ZenithX plans to complete the process of forming a fandom and a self-sustaining ecosystem using blockchain in the entertainment industry, and develop a blockchain art business model and build a new digital content distribution process within this year.

Poshogirls is a compound word of ‘posh’ meaning elegant and ‘girls’ meaning girls, and has the meaning of elegant girls singing hopes and dreams.

Along with the news of their debut, the concept photo has been released on Parsi Girls’ official Instagram (https://www.instagram.com/p/CQsp8Hyr6yN/).