The DOT participating in the auction is locked on the Polkadot relay chain and will be returned to the original account after the parachain ends.

Before understanding the parachain auction, you first need to understand the multi-chain basic model of Polkadot and Kusama. Unlike Ethereum, which only has two layers of chain and application, Polkadot is composed of the following three layers:

The background of the parachain auction

Polkadot is composed of multiple layer1 parachains like Ethereum, but not any blockchain can be connected to Polkadot. The Parachain team needs to win the “Parallel Slot Auction” in order to obtain a slot for access to Polkadot.

You can think of parachain slots as parking spaces on the edge of the World Cup Stadium. These locations are in great demand, especially the ones that opened first.

Only by obtaining a slot can you become a “Polka Parachain” in the true sense, because the slot can provide the security of Polkadot sharing, cross-chain interoperability, on-chain governance, no-fork on-chain upgrades, and scalability , Low handling fee, etc.

Before the parachain auction officially starts, in fact, we cannot determine which teams (or individuals) will participate in the auction. Once the auction starts, all participating data can be publicly available on the chain.

There are two ways for bidders to participate: use crowdloan (also called PLO) funds, or use your own Polkadot wallet (if you are a big one)

The auction will use an unlicensed candle auction format. Candle auction is a commonly used auction method for merchant ships in the 16th century. This method is characterized by random termination within a certain period of time, and the highest bidder is the winner at the end.

Polkadot and Kusama’s auctions are basically the same, and the official will announce the specific start and closing time.

The participating team needs to determine two pieces of information:

It should be noted that as long as the auction is terminated, participants can continue to increase the number of tokens participating in the auction.

So when will the auction be completely terminated?

In addition to the end time that everyone knows, the Polkadot system will also generate an end time at any time, this time will be converted into the number of blocks, and it will be the key time to finally decide who is the winner.

The team that wins the slot will launch their own mainnet as soon as possible. Teams that have not won a slot can participate in the next round of slot auctions (generally, there will be a new auction every 2 weeks)

After that, Polkadot and Kusama slot auctions will become an ongoing periodic event until the capacity is expanded to a total of 100+ parachains.

Unlike IC0, IC0 allows the user to give the token to the team and then exchange it back for the project’s token. The problem is that they don’t know whether the team will follow the white paper to achieve all the milestones, which also led to a lot of scams. Today, the blockchain industry is much more mature than the crazy 2017.

And we also have a brand new model, Crowdloan, also called PLO.

This part of the reward will also have a ratio of unlocking and locking, such as 30% directly to you, and 70% unlocked over time.

The most important thing is that the 100 DOTs you provide are locked on the Polkadot relay chain, and the parachain team cannot take it away, so even if the parachain team fails in the end, there will be no such thing as IC0. Huge principal risk.

After 2 years, your 100 DOTs will be unlocked and can be circulated. The only thing you lose is about 12% annualized mortgage income during this period.

So when the slot expires in 2 years, what will happen to the parachain?

Q: How many slots will there be in each auction?

A: Considering that the Parachain team will bid for different periods of 6-24 months, the number of slots in each auction will change accordingly at any time.

Q: Can the DOT that participates in the PLO auction be used for other purposes? Such as participating in stake

A: Cannot participate in mortgage and auction at the same time.

Q: Will Kusama and Polkadot bid at the same time?

A: Kusama will start first. The Polkadot auction will only begin when the Kusama auction has stabilized. As time progresses, subsequent auctions will be synchronized periodically.

Q: What is the cycle of adding new slots on Kusama?

A: This is still unclear, maybe every two months or so.

Q: Can the project crowdfund DOT to bid for Kusama slots?

Q: How many teams are expected to participate in the auction? How many slot positions will there be this year?

READ  The Great Reset and accredited investors: Bad crypto news of the week

A: The total number of slots is currently unclear. We expect to have 100+ slots.

Q: Is the real-time data of parachain auctions public?

A: Parachain auction is an on-chain module, and all data will be open and transparent.

Q: Which project is the most powerful competitor of Parachain?

A: It can only be seen after the auction starts, it is unclear

Q: Will there be large institutions to bid for parachains in the future?

A: We believe that in the future, large institutions, enterprises, and even governments may participate in the parachain auction. In the future, Polkadot’s governance can be participated by the CEOs of the world’s top 500, government management, etc., which is entirely possible.

Q: Do parachains need to prove themselves on kusama? Or can both parties bid at the same time?

A: You can bid at the same time.

Q: Is there an upper limit for the amount of a single PLO address? Is KYC required?

A: This is decided by the parachain project.

NFT is more than an art collection, how to use REVV to experience top racing games? 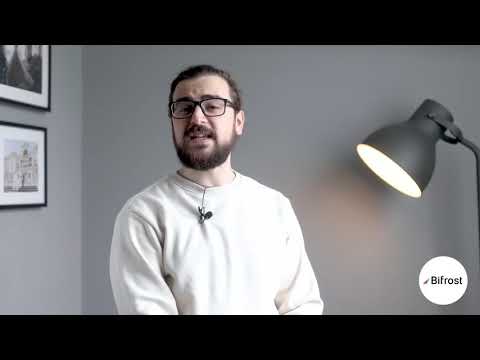