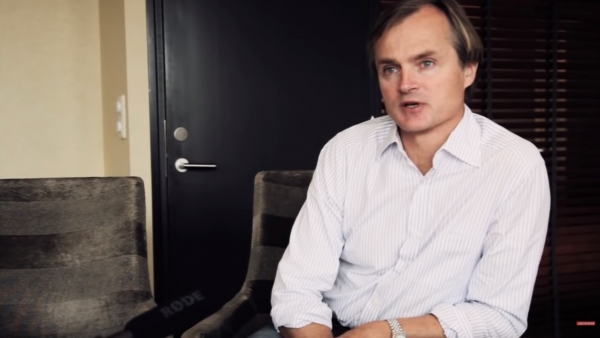 Purchased’Mirai Ex’, the largest cryptocurrency exchange in the country
Spetalen “I found out I was wrong”

Øystein Stray Spetalen quickly changed his opinion on Bitcoin. A few days later, the Norwegian-born investor and billionaire transformed from a bitcoin network critic to the owner of MiraEx, the country’s largest cryptocurrency exchange.

According to a report by Finansavisen, Stefano attended the DNB conference. Earlier this month, he sent a video recording to the European Union asking for a ban on bitcoin. Stefan’s logic was that cryptocurrencies consume more energy than countries and emit significant levels of carbon dioxide.

Bitcoin critics have used this argument several times, but several studies have proven it wrong. However, the investor argued that “the ban on bitcoin could significantly reduce carbon emissions.”

But this billionaire’s receptive mindset was very flexible to change. He told the press that he overturned his view of cryptocurrency within days of making the criticism. In addition to changing his perspective, he went further and bought MiraEx.

The exchange completed a fundraising round several months ago, led by Skyfall Ventures. Stefan’s motive for buying bitcoin was said to be due to another Norwegian investor Kjell Inge Røkke.

“If the facts change, I change too. The day after the podcast was recorded in early March, I met Mirai Ex founders Thuc and Øyvind and found out that I was wrong. And (Norwegian billionaire) Kwell Inge Löcke “I heard the news that I was indulging in bitcoin, and it was clear. I couldn’t see Loke making money, not me.”

According to CNF reports, Kwell Inge Löcke is a major shareholder in Norway’s large investment giant Aker. In March of this year, he set up SeeTee, aiming at a Bitcoin payment server and a renewable BTC mining business. Löcke’s writing was completely contrary to Stefan’s initial criticism.

“Bitcoin is an economical, load-balancing battery, and batteries are essential for energy conversion that meets the goals of the Paris Agreement. Our ambition is to be a valuable partner in new renewable energy projects,” he said.