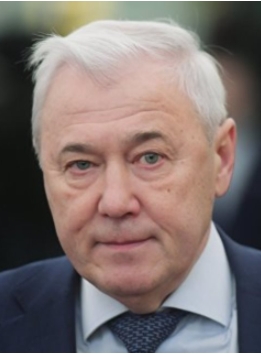 [Blockchain Today Correspondent Han Ji-hye] One of the critics of Bitcoin, Russian bureaucrat Anatoly Aksakov said, “I wanted to buy Bitcoin before the ban, but the price was too high.”

According to a Cointelegraph report, Anatoly Aksakov, chairman of the Financial Markets Committee of the Russian House of Representatives, said in an interview with local media TASS that he never owned Bitcoin (BTC) and that the price of Bitcoin was too high when he tried to buy it.

He said he was willing to buy bitcoin as an investment before the bitcoin ban came into force last year. However, the price was considered too high at the time. “I tried to buy it to accumulate. But the bitcoins were already up too much, and I was angry at the money spent. If the bitcoins were 100 rubles before the ban, I would have bought them,” he said. said.

Aksakov’s remarks came shortly after another regulatory measure proposed to partially lift the ban on cryptocurrency payments at the end of May. Russia’s major cryptocurrency law was officially banned in January as part of the Digital Financial Assets Act.

Before the “Columbus- 5” upgrade, a quick overview of the interesting ideas that emerged in the Terra hackathon