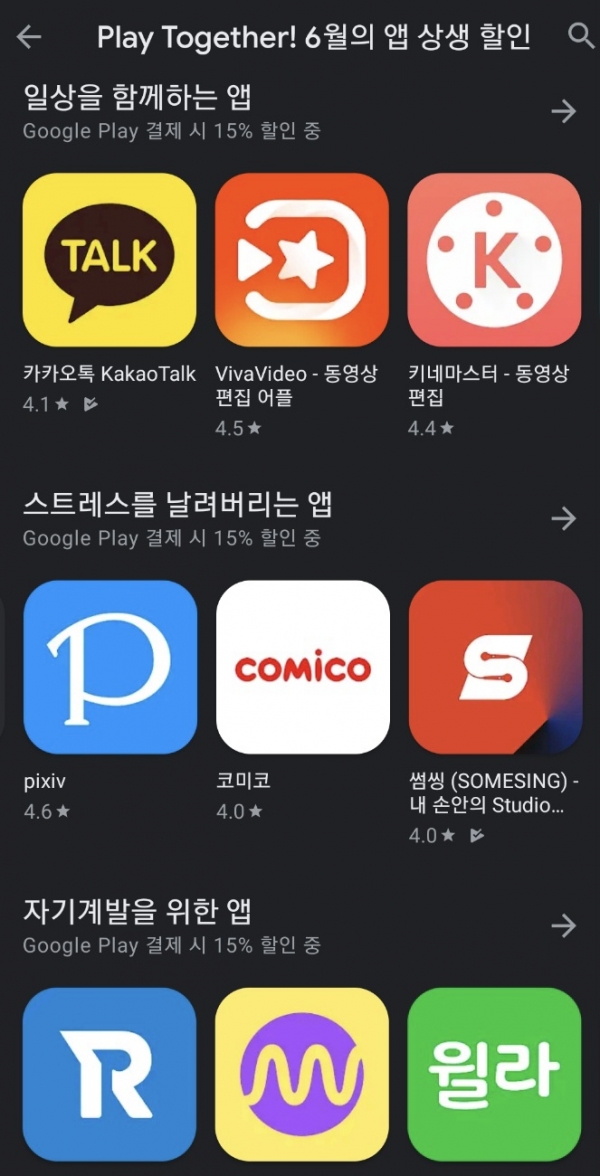 ‘Play Together! – One-month app win-win discount’ is for paid apps and digital contents (in-app products) purchased by Korean users through the Google Play payment system for non-game apps in the Korean Google Play Store for one month in June 2021. , a 15% discount on subscriptions), it is also part of a variety of programs that support all Korean developers to build sustainable businesses on the Google Play platform.

During this promotion period, which runs for one month from June, various app services that have given users strength in their daily life during difficult times will be introduced to users through the promotion banner at the top of the Google Play Store. SOMESING will be introduced as one of the representative apps to enjoy ‘when you need a break’ within the promotional banner.

Separately, Google Play produced a TV commercial with the popular artist ‘Akdong Musician Suhyeon’ as a model to convey the message of this campaign. The three terrestrial broadcasters and major general channels such as JTBC, TV Chosun, Channel A, MBN, and cable prime spots such as tvN, OCN, and YTN are scheduled to carry out extensive publicity. It will be introduced to viewers.

Kim Hee-bae, CEO of Somesing, said, “I felt very rewarding as the developer’s representative that Somesing was able to provide joy to users during a difficult time due to the corona virus. I will do my best to upgrade it to .

See also  With this Bitcoin development, here's what you can expect