The art market has been thriving without transparency, but NFT-based artworks have brought welcome transparency to ownership and transactions.

This is an on-chain data visualization case that has excited me for a long time. The author conducted a visual analysis of 16,198 NFT works created by 887 artists on SuperRare, involving 3,210 collectors and more than 23,000 transactions. Draws the following conclusions:

However, the excitement is far more than the conclusion. “As a network scientist, when I encounter a complex phenomenon like the art market, I tend to study its hidden structure and uncover the invisible network of relationships. At the same time, it forms a natural art form.”

Ever since the NFT made by a digital artist known as Beeple was sold for $69 million at an auction in March, observers in the art world have been concerned about this type of work—the so-called NFT-based art— Fascinated and confused by the skyrocketing price of. These are digital creations and because they can be easily copied and reproduced, they are sold in the form of unforgeable tokens or NFTs, which use blockchain technology to prove authenticity and ownership. (Beeple’s work is a collage of pictures he has posted online every day since 2007).

The market for this art has grown dramatically. According to the statistics of Crypto Art[2], from April 5, 2018 to April 15 this year, 6,158 artists sold 191,208 pieces of NFT-based artworks for a total amount of US$541,378,383. Approximately half of these transactions occurred in the past three months, creating one of the greatest and most sudden asset booms in history.

As an art collector, every time I encounter a piece of art I am interested in, I will ask myself how much money I might spend to own it. But as a network scientist, when I encounter a complex phenomenon like the art market, I tend to study its hidden structure[3], derive nourishment from multiple disciplines (physics, sociology, computer science), and reveal Open an invisible network of relationships to help explain how and why it works.

From the moment I learned about the NFT-based art world, I have been busy doing what I do best: cartography-that is, analyzing and presenting this ownership transaction model, which is also the rapid rise of this genre The foundation lies. The final conclusion is that among the owners who have repeatedly participated in the sale, the NFT-based art market is both isolated and closely connected with each other. These characteristics of the Internet may help explain how the peaks of NFT-based art prices come from.

READ  Into Africa: tech leaders weigh in on Jack Dorsey’s planned move to the continent

NFT is a permanent and reliable on-chain record of public ownership, which can be connected to any asset. This year, Twitter CEO Jack (Jack Dorsey) sold his first ever Tweet as an NFT for $2.9 million). For NFT-based artworks, the NFT includes information about the “primary” market—creator, first collector, and sales price—as well as records of the “secondary” market, ownership and valuation over time Variety. In the traditional art world, this kind of information is often hidden in _secrets_.

It takes some time to draw the entire set of ownership transactions involved in NFT-based artwork, even for the cutting-edge computers in my lab. But in collaboration with data scientist Milan Yanosov, I have discovered some interesting patterns.

Our analysis started with a website called SuperRare, which is one of the earliest and most famous NFT digital art trading platforms. Using a dedicated algorithm, we tracked every transaction involving NFT on SuperRare. The story began on April 5, 2018. Robbie Barratt released a nude portrait generated by artificial intelligence. Soon thereafter, a collector named Jason Bailey bought it for $176. Finished this portrait. According to our analysis, as of April 15 this year, 16,198 works created by 887 artists had transferred their ownership on the SuperRare website, involving 3,210 collectors and more than 23,000 transactions.

Next, we need to decide which aspects of the NFT-based art market we want to map . We choose to study the shared model and map each artwork as a node in the network. If two artworks are owned by the same collector at any time during their existence, we will connect them.

Why focus on co-ownership? Our reasoning is that art collectors tend to focus on certain parts of the market-a specific group of artists (e.g. Hudson School) or an art movement (e.g. Impressionism), genre (e.g. still life) or medium ( Such as sculpture). Therefore, we suspect that the co-ownership model will reflect meaningful commonalities between artworks.

Our next step is to lay the network in a two-dimensional physical space so that we can best observe its structure. In order to do this, we simulate the network through a computer to minimize the total length of the links between nodes. This ensures that we can clearly see the ownership pattern. Artworks owned by a collector must be closely aligned with each other (because there are many links between them), and have several degrees of “separation” (there are no two common owners, but they can still be linked by a series of owners) ) The connected artworks must be far apart. Those artworks that are not connected to other artworks through any ownership chain will float freely as isolated nodes or isolated groups.

Our hunch is that this network will show itself divided into isolated clusters, each cluster reflecting the collector’s specific interest in certain types of artists and artworks. But the network we got broke our expectations, showing a central, highly interconnected structure-this structure contains all but 122 of the more than 16,000 artworks. In order to let you feel how niche this market is , any two artworks in this network (excluding the 122 exceptions) are not separated by the legendary six degrees, but by no less than three collectors. The chains are linked together .

As you can see, this network has several large, easily-discovered “communities”-clusters of artworks that are closely connected to each other. What do these communities represent? At first, we suspected that they were a collection of various sub-types of art based on NFT, showing visual or conceptual similarities, thus attracting collectors with similar tastes . To verify this guess, we assigned a color to each node, corresponding to the artist who created the work. However, the resulting color confusion did not confirm this hypothesis. Although there seems to be a slight preference for certain artists in these communities, this pattern seems to be accidental rather than explanatory.

Then we explored another hypothesis: these communities represent collectors . This time, we assigned a color to each node, corresponding to the current owner of the artwork. This is our moment of dawn. The network map shows that each community is related to a collector.

Although at the time of our analysis, there are 3,210 collectors on SuperRare, most of the artworks are in the hands of a few investors. If you look at the primary market, you can clearly see this. The largest cluster there represents art purchased by four early investors. Their Twitter name is @momuscollection (dark blue, left), @0x123456789 (Pink, top), @thedruid (light blue, top right) and @ethsquiat (yellow, top right). (The large orange group at the bottom has certain attributes, indicating that it may represent a work owned by a user who is no longer active on SuperRare.)

READ  TA: Ethereum Rising Steadily, Why ETH Could Surge Past $600

In the art world, it is not uncommon for a few enterprising collectors to dominate the primary market for new art. For example, in the 1870s, the art dealer Paul Durand Ruel was one of the first to recognize the potential of modern art. He bought more than 5,000 canvas paintings, including about 1,000 Monet, 1,500 Renault and 800 Picasso. But usually, as the status of the avant-garde rises, new collectors enter the market, and ownership diversifies.

This diversification has not happened in the art world of NFT

This diversification does not seem to happen in the NFT-based art world, at least not yet. Our network map shows that the secondary market is even more concentrated than the primary market. During our analysis, two collectors, @0x123456789 (pink) and @momuscollection (dark blue), bought a considerable number of works from early investors and established a dominant position in the market.

Why is this network significant? First, it shows that when it comes to basic economic variables-supply and demand, the supply of art for sale in SuperRare is strictly controlled. Combine this controlled supply with the sudden interest in digital art, and you will see a demand-driven market. SuperRare also has additional restrictions on supply, and it slowly admits new artists into its platform).

But more important is the pure openness of the market. Historically, the art market has been flourishing without transparency. Works purchased in the primary and secondary markets often disappear from public view and eventually become private collections. Buyers often lack complete information about comparable prices, supply, and other relevant characteristics of the market. Those who have more information-usually gallery owners and dealers-can make a fortune.

NFT-based artwork brings welcome transparency to ownership and transactions. This makes NFT more than just a niche art market. By introducing all types of artists—traditional and digital—can use blockchain technology to publicly certify their works and publicly record their sales history, NFT provides a level playing field for the entire art market, and fundamentally emphasizes Plastic art trading and collection methods.

[3] The hidden structure of the data 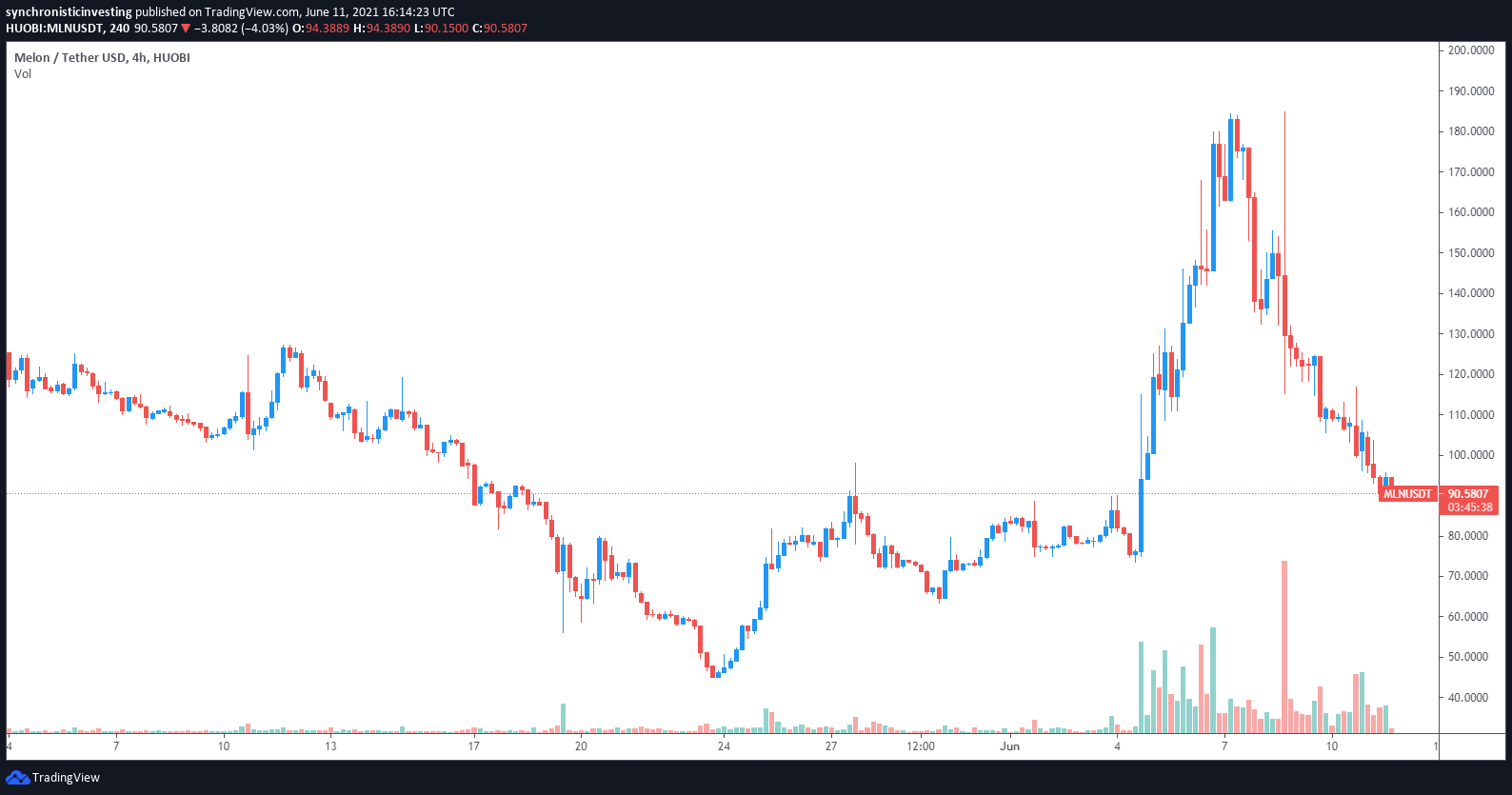