During the outbreak of the DeFi market, people often regard the project’s locked-up value (TVL) as an important indicator to measure the value of projects and token assets. However, as the market cools, the TVL indicator seems to “failure.”

According to data from Ouke Cloud Chain, in the past one and a half months, the total market value of DeFi assets has decreased from US$17.74 billion to US$10.12 billion, a reduction of 42.95%; however, during this period, the total locked-up value of DeFi projects has shown an upward trend, from 11.1 billion. The US dollar increased to 13.54 billion US dollars, an increase of 21.98%.

In this contrast, the meaning of TVL has been re-examined by the industry. Sam Bankman-Fried, chief operating officer of the FTX Exchange, believes that TVL is a “meaningless indicator” because both project airdrop subsidies and liquidity mining may make TVL temporarily high.

However, in the eyes of Amber KOL star owners, the growth of TVL is still the biggest source of confidence for investors to hold assets, and once the growth of TVL slows down, the currency price may fall in a short time. Because this may mean that the project has entered a bottleneck period.

From the data feedback, it is not accurate to estimate DeFi projects and their assets based solely on the TVL situation. Some insiders believe that to more accurately assess the value of DeFi assets, it is also necessary to pay attention to multi-dimensional factors such as project agreement code, token indicators, growth potential, and team. Updating common sense of valuation has also become a compulsory course for investors to keep advancing with the market.

According to the data of non-small account on October 18, the well-known decentralized trading platform Uniswap governance token UNI fell from a high of $8.66 to $3.08 in the past month, a drop of 64%; the decentralized mortgage lending protocol Compound token COMP It also fell from a high of US$272 in early September to US$106, and the price fell by 61%. The DeFi aggregator YFI, known as the “big uncle”, also performed poorly, with a 67% drop in its peak.

DeFi asset prices have become a common phenomenon, and once popular assets such as CRV, YFV, and SUSHI have fallen sharply, with prices falling by 99%, 95%, and 94%, respectively, from their highs two months ago.

However, in the context of the decline of DeFi tokens, TVL (total lock-up value), which is regarded as an important indicator of the value of DeFi projects, has not declined, but has risen steadily. According to data from Ouke Cloud Chain, on October 18, the total locked-up value of DeFi projects was USD 13.54 billion, which was an increase of 21.98% compared to USD 11.1 billion on September 1. Although the growth momentum has slowed down, it remains at a high level overall.

DeFi tokens all fall, TVL does not decrease but increases

In the outbreak phase, TVL is often regarded as the most important measure of the market performance of various DeFi assets, and also a reference point for the adoption and credibility of DeFi protocols. DeFi deep player Luo Yu (pseudonym) once revealed to Honeycomb Finance that when he participated in a DeFi project, the first thing he considered was the TVL level of the project. “If the DeFi protocol is regarded as a fund, the TVL that measures the total lock-up value is It means the scale of funds.” In his opinion, the higher the TVL project often means the higher the popularity and the safer, generally speaking, the token price performance will be better.

If it is placed in the market frenzy from August to September, TVL largely forms a positive relationship with token price trends. Take YFI as an example. From August 14 to September 12, the TVL of the agreement surged from US$131 million to US$783 million, an increase of nearly 500%. During the period, the token price rose from US$5,300 to US$38,093, an increase of 618. %.

The locked-up funds did not run much, but the price fell by more than half. This is the situation that many DeFi agreements face after the market has cooled down. Why does this happen? Is TVL still credible? The contrast between the token price trend and the TVL trend prompts the outside world to re-examine this indicator.

The meaning of TVL indicator is doubtful

Bankman-Fried’s view is well-founded. Take the “five uncle” YFV as an example. On October 18, the TVL of the project was 228 million U.S. dollars. Although it was reduced by half compared to the 463 million U.S. dollars on September 15, the market price of YFV dropped by 95% from the high point. But its TVL still ranks 12th among all DeFi projects.

A YFV participant revealed that it is unscientific to measure the market value of project tokens by TVL, because the purpose of lock-up funds is for mining, and “dig-sell-withdraw” has become a routine operation for miners. When the market demand for tokens is not enough to absorb the market selling pressure, the price drop becomes inevitable; after tokens fall, the annualized rate of return of liquid mining will also decrease, but the locked-up funds may still be retained, indicating that users have chosen Keep digging. As a result, the loss of TVL may be less, but the tokens have fallen a lot.

Gregory Klumov, the chief operating officer of Stasis, the Euro stablecoin issuer, also pointed out that the growth of TVL cannot be a true indicator of the valuation of DeFi tokens, “this value is likely to be inflated.” He said that with the decline of DeFi tokens, people should realize that TVL should not be the preferred indicator of investors.

So, does TVL no longer matter? Even as Sam Bankman-Fried said “meaningless”?

Denny, the representative of the Chinese area of ​​the Defibox Foundation, believes that TVL itself will not generate much value, because these locked-up funds are users’ money and have nothing to do with the platform. However, a higher TVL often means a better user experience. For example, in transactional DeFi protocols, both Uniswap and Defibox require users to provide transaction liquidity. The higher the TVL, the better the transaction depth and the lower slippage. , But it is difficult for TVL to directly increase the value of platform governance tokens UNI and BOX. “TVL is not invalid, but there is no way to determine the price of the currency.”

In the short term, TVL will still be regarded as an evaluation indicator by investors, but you cannot simply look at its rise and fall as a reference. The Amber KOL star owner told Honeycomb Finance that the continuously rising TVL is the biggest source of user confidence in currency holdings, and once the growth rate of TVL slows down, the currency price may fall in a short time. Therefore, he pays more attention to the rate of change of TVL than the TVL value itself. “If the TVL of a project increases for a long time, it can indicate that the project is doing well. So it is no problem to use TVL to measure long-term value.”

The market needs to mine multi-dimensional indicators to evaluate DeFi

Obviously, simply using TVL as an indicator to value DeFi projects and tokens is not accurate. Klumov, chief operating officer of Stasis, believes that as the DeFi market matures, more complex indicators must be created to correctly identify the “winner” and “loser” of a DeFi project.

Denny, the representative of the Chinese area of ​​the Defibox Foundation, told Honeycomb Finance that the ultimate value of DeFi tokens still depends on the distribution mechanism and actual usage requirements, including whether there is repurchase, dividends, and the annualized rate of return. “The token model is always an important indicator when evaluating the value of tokens.”

In the view of Amber KOL “Satoshi Truemoto”, for the valuation of DeFi projects and tokens, the factors to be considered should be as detailed as possible, including code ratings, token indicators, growth potential, and teams.

For most decentralized protocols, code quality is extremely important, and loopholes often cause the protocol itself to be hacked. Therefore, when selecting DeFi targets, investors should have a certain understanding of the smart contract review of the agreement. Generally speaking, the more complex the DeFi protocol can be attacked, and the risk is higher.

In terms of indicators, “Mamoto Satoshi” believes that it is necessary to focus on the current circulation of project tokens, total supply, the amount of tokens held by the foundation or team, the release schedule of locked tokens, and the unreleased stock, tokens Usage scenarios, whether the tokens have key information such as inflation or deflationary design, “Network tokens that have been running smoothly for a period of time are more likely to be distributed fairly, and a single investor may sell a large number of tokens and cause damage to the project. Sex becomes very small.”

After investors have a certain understanding of the DeFi protocol code, token model, and usage scenarios, they should also analyze whether the token can continue to appreciate based on the current valuation. The market size, the acquisition mechanism of token value, and product growth expectations all determine whether the asset value can be further improved. In addition, the execution, technical and innovation capabilities of the project team are also factors that investors need to consider.

As an emerging market, DeFi has a high threshold for many developers; users need to judge whether the team has professional technical knowledge in the encryption field based on project information. If there is a lack of adequate understanding of the market, some teams may make mistakes in their decisions, causing the value of project tokens to shrink significantly.

During the period when the market is cooling, many investors have lost money by buying DeFi assets at higher prices. At this time, it is even more necessary to learn how to use multi-dimensional indicators to accurately value encrypted assets. According to Buffett’s value investment theory, buying when the token price is lower than its intrinsic value and selling when the price is higher than its value is the correct investment operation. And mastering the key indicators of the project and establishing a valuation strategy must also become a compulsory course for smart investors.

Interview with Meng Yan: DeFi is the value layer protocol of Web 3.0 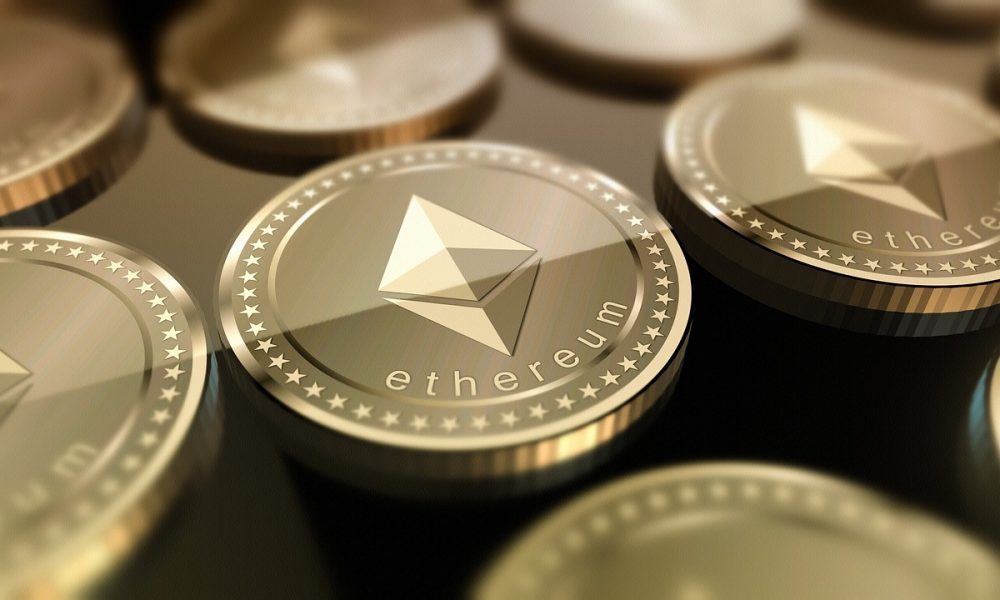 DeFi Popularization丨Lending in DeFi and Comparison of Aave and Compound

Fragile DeFi requires a safety lock. A brief analysis of the operating modes of insurance star Nsure and COVER