On November 23, the price of ETH broke through $600, setting a new high since June 2018. The most direct impact of the skyrocketing currency price on miners is to increase their income.

According to data from Crypto Fees, the 7-day average level of Ethereum network fees is about 3 million US dollars. Bitinfocharts shows that Ethereum fees account for about 25% of miners’ income, that is to say, an average of one day’s time , The total income of Ethereum miners can reach 80 million yuan.

This year can be said to be about the bull market of Ethereum. DeFi liquidity mining is linked with ETH2.0. Miners first made a lot of money on gas fees, and then the price of ETH skyrocketed. The ETH mined can be converted into more legal currencies. .

Thanks to the expected increase in the price of ETH, the decline in the current cycle of mining machines, the extremely low shutdown price of Ethereum mining, and the high residual value of the graphics card, retail investors or institutions continue to enter the market to participate in ETH mining.

Lebit Mining Pool has vigorously deployed ETH mining starting this year. Jiang Zhuoer, the founder of Lebit Mining Pool, once estimated that “the market value of Ethereum may surpass that of Bitcoin.” Because he is optimistic about the development potential of Ethereum, the mining pool has purchased many Ethereum mining machines this year, and the price of ETH is 400 US dollars. At the time, the static payback period of these mining machines was more than 400 days, and when the price reached about $600, the payback period had dropped to about 260 days.

It is precisely because the DeFi mining boom has given miners a clear profit signal, so this time, miners entered the site for mining and miners deployed mining machines ahead of the price increase. Beep News learned that thanks to the increase in production capacity, the current mining machines on the market are not as scarce as before, but the prices of mining machines are still skyrocketing.

READ  The year DeFi became a "star": what happened and why?

Mining is profitable, and upstream mining machine manufacturers are also taking action. In August of this year, Beep News learned in an interview with Xindong Technology’s sales director Wang Shenglin that at that time, Xindong’s machines had been increased by about RMB 400. Wang Shenglin told Beep News that “the possibility of a further increase in the price of mining machines is not ruled out.” .

In addition, the DAG file capacity of Ethereum mining is close to 4G, which causes the 4G memory graphics mining machine on the market to be on the verge of being eliminated. At present, more retail investors are entering the site to mine, and those miners with 4G mining machines are also planning to update their machines.

The uncertainty brought by ETH2.0

Regarding the upgrade of Ethereum from 1.0 to 2.0 and the transformation of the consensus mechanism from PoW to PoS, what impact will it have on miners? Most miners and mining farms view it as “no impact”. They generally believe that there is still a lot of time left for miners.

In the minds of miners, the upgrade of Ethereum from 1.0 to 2.0 is a very slow process, and each stage takes time to develop, test, update and launch. In addition, Ethereum 1.0 carries a lot of users, applications, and funds. , So the overall migration will be very cautious and slow.

There are still too many variables before ETH2.0. For miners, it is of little significance to think about the countermeasures. Therefore, we can see that miners are generally “waiting”, and everything remains the status quo. Continue to lock in, prices continue to rise, computing power continues to increase, and miners continue to mine.”

But in fact, behind the calm, the progress of ETH2.0 is still having an impact on the miner community.

On November 4, the ETH2.0 deposit contract was launched, which is the first step in the consensus mechanism to transform from PoW to PoS;

On November 24, the deposit contract address balance reached the minimum start-up requirement, and the ETH2.0 creation will be officially launched on December 1st;

On November 18th, the ETH2.0 research team stated at the fifth AMA that the ETH2.0 roadmap has changed, and ETH2.0 will be transformed from the original “fragmented execution system” to “PoS beacon chain verification execution + data Fragmentation”.

Ethereum enthusiast A Jian pointed out in a recent article, because the verification of shard transactions is difficult to be as simple as verifying the block header, and transactions in different shards are difficult to be independent of each other, and verification cannot be processed in parallel. , So the original route of ETH2.0 is difficult to realize; and the new roadmap, the scalability brought by data sharding is not strong, “the scalability advantage of the new roadmap has been small enough to make Ethereum venture into PoS.”

In other words, the original roadmap of ETH2.0 is difficult to implement, and the Ethereum team has compromised, but the new plan is not satisfactory. Whether the vision of ETH2.0 can be realized is facing a relatively large challenge.

Although there is a narrative “If ETH2.0 succeeds, the price of the coin will skyrocket, miners will pay back; if it fails, miners will continue to mine. In any case, miners will remain invincible.” But it can be foreseen that if ETH The “escape” of the Fang system to a higher dimension has really failed. The entire system is trapped in a low-performance mud, and the price of the currency will be greatly impacted, which will affect the income of miners.

In addition, in the transition from ETH1.0 to 2.0, the Ethereum team also wants to advance the EIP-1559 proposal. The Ethereum team mentioned in the fifth AMA that “EIP-1559 belongs to the cost market part of sharded data in the ETH2.0 specification.”

It can be seen that after the Ethereum network transaction fee is divided into two parts, the basic fee and the tip, although the Ethereum network can capture the value of the transaction on the chain (the more activities on the chain, the more the basic cost is destroyed, and the less ETH is in circulation. The more value-added), but in fact, the miner’s transaction fee income will be reduced, which is equivalent to the partial benefit of the original fee allocated to the miner to all ecological participants.

Different miners have different opinions on whether EIP-1559 will have an impact on miners. A miner told Beep News that the proportion of transaction fees in miners’ income hovered at 2-3% in most cases, so the impact on miners was not great.

But there are also miners who believe that events like DeFi liquidity mining mean huge gas revenues for miners, “it’s a pity to discard”, and the advancement of ETH2.0 may mean the arrival of EIP-1559.

In addition, as reported by Blocklike, miners may have disagreements on ETH 2.0. Du Chao, the founder of Byte Interchain, believes that “when it is really time to switch from the beacon chain to 2.0, the miners will not agree. They will continue to Mining on 1.0. Although the miners know these plans, they actually don’t fully agree with it, but the Ethereum community doesn’t value the miners group, and the miners don’t have much say.”

As mentioned above, Ethereum migrated from 1.0 to 2.0. If the migration is not good, the gain may not be worth the loss. Many participants in the community believe that ETH2.0 is a false proposition, and because the Ethereum graphics card mining machine can also mine ETC. , Grin, Beam, CKB, RVN, XMR, BTG, AION and other currencies, these projects are eyeing the potential of ETH computing power.

In addition, according to the information learned by Beep News, if miners really withdraw from the Ethereum ecosystem, some miners may choose to sell the miners. The general-purpose graphics card mining machine can provide miners with 20-30% residual value.

The Ethereum network is trying to verify new solutions for decentralization, security, and scalability. The entire community is marching on an unknown path. How will it develop in the future? How will ecological participants including miners choose? It takes time to give the answer, but what is certain is that no matter how ETH2.0 develops, the market will always make the most sensible decision. 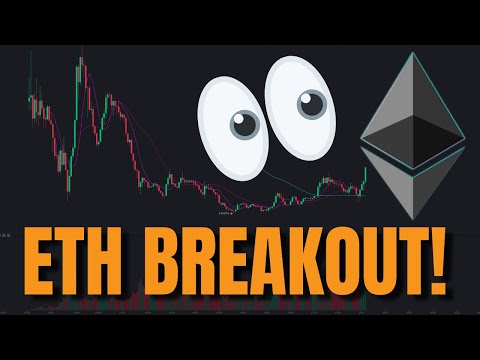 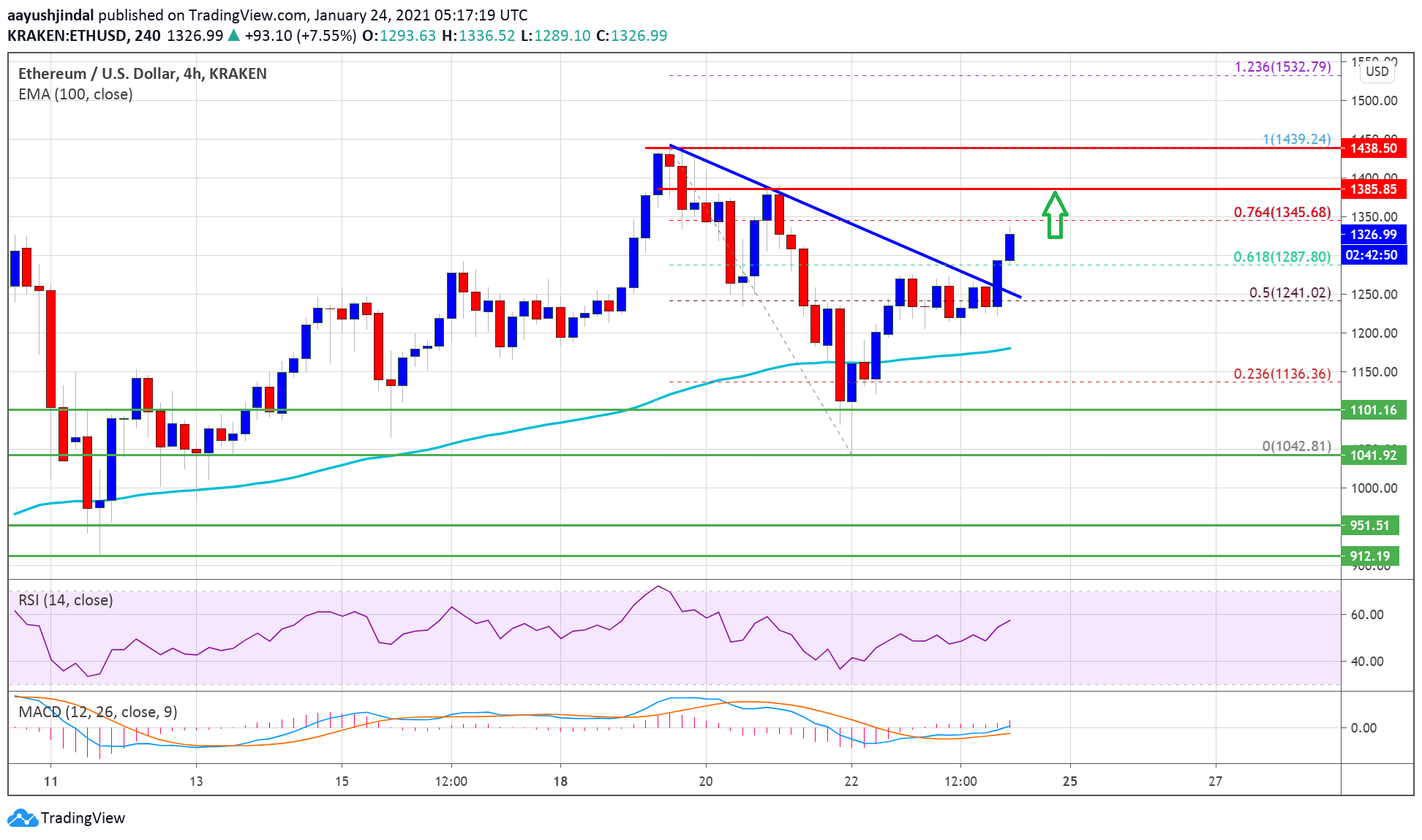 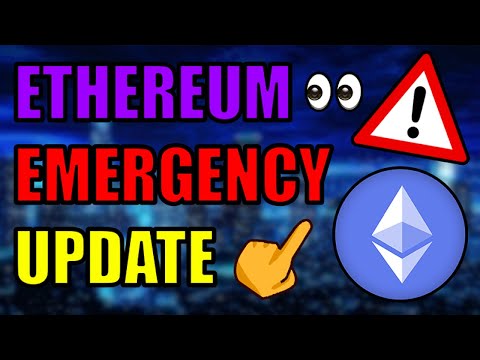