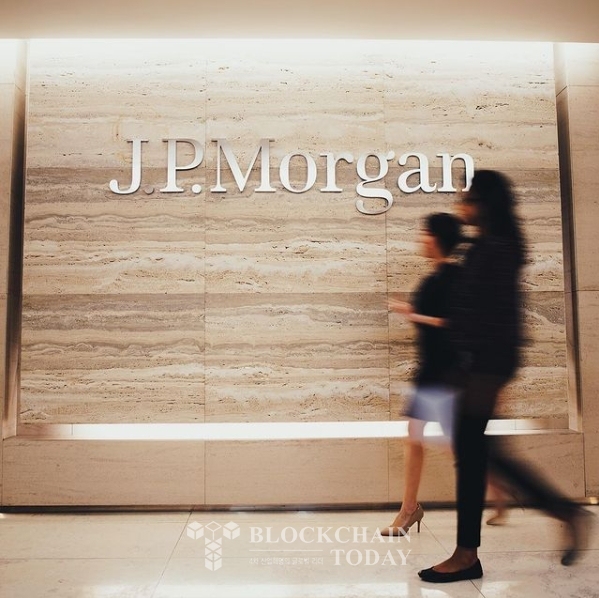 [Blockchain Today reporter Jihye Han] JPMorgan supported the claim that Ethereum is superior to Bitcoin. The Wall Street bank expects this to be even better in the future.

According to Inside Bitcoin, JPMorgan, one of Wall Street’s leading banks, has issued a notice to inform investors that Ethereum outperforms Bitcoin in terms of liquidity and turnover. These remarks came just after Ethereum hit a record high of $2750 on the 29th (local time). Bitcoin, on the other hand, is struggling to hold on to $55,000 last week, still below its all-time high of $65,000.

The bank also pointed out the difference in terms of use of Ethereum and Bitcoin. It was pointed out that while Bitcoin was primarily used as a store of value, Ethereum is closer to the framework on which the cryptocurrency community heavily relied.

The memo to investors began with an emphasis on liquidity shock as the first reason. Although the two most dominant cryptocurrencies suffered a liquidity shock in early April, Ethereum showed a rapid recovery. Liquidity shock caused liquidation in the derivatives market, resulting in a price decline.

The second reason for JPMorgan is that Ethereum is less dependent on the derivatives market. The bank cited the reason why it is worth noting that long-term exposure to Ethereum in a market with a high market share is relatively low in dependence on futures trading and swap use compared to Bitcoin.

Third, it pointed out that activity on Ethereum has increased compared to the Bitcoin blockchain. This is due to an increase in the number of DeFi protocols. Thanks to this activity, ETH turned out to be much easier to monetize compared to Bitcoin (comparably 11% vs 4% respectively).

For this reason, Ethereum has less volatility because Ethereum does not suffer from excessively elevated status compared to Bitcoin. This is why Ethereum is surpassing Bitcoin, and this trend will continue in the future.

Ethereum is cruising after surpassing $2700 on the 27th. Currently, the cryptocurrency is trading at $2730 with a growth of 4% over the last 24 hours. Weekly analysis shows that it has increased by about 14% since last week’s price dump.

On the other hand, Bitcoin is struggling to reach the $60,000 threshold set at the beginning of the month. Bitcoin is currently trading for about $53,000, and it wasn’t able to maintain $55,000 the day before.