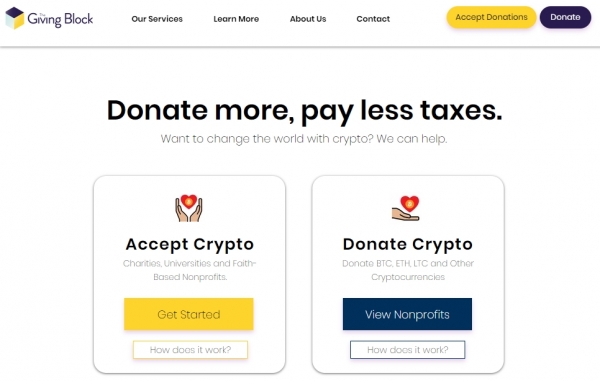 According to Cointelegraph reports, the’crypto donation pledge’ encourages digital asset investors to donate more than 1% of their shares to charities each year, and cryptocurrency companies donate 1% of their profits. Users can participate in initiatives anonymously without having to disclose their contributions.

If everyone in the cryptocurrency industry has donated 1% of their fortune to a charity, they could raise a total of $20 billion based on the current market capitalization of their digital assets.

Giving Block co-founder Alex Wilson said of this new initiative that “it will change the world’s view of cryptocurrency and create the world’s largest number of charitable donations.”

“It will do three things everyone wants in the cryptocurrency industry,” said Pat Duffy, another co-founder of the organization. . Second, donations made through this pledge, especially for seniors in the United States, could save donors millions of dollars in their cryptocurrency tax burden. Third, the primary barrier to slowing the introduction of the mainstream cryptocurrency, the idea that cryptocurrency is bad, will be eliminated.”

The crypto donation pledge was launched through a partnership with Founder’s Circle, an industry group that will promote the initiative. Givingbloc has already sent public invitations to prominent industry figures such as Michael Cyler, Elon Musk, Brain Armstrong, Joseph Rubin and Barry Silvert. Their participation has not yet been confirmed, but other industry leaders are known to have already joined.

FATF’s latest cryptocurrency compliance spirit: Which assets and service providers may be regulated?