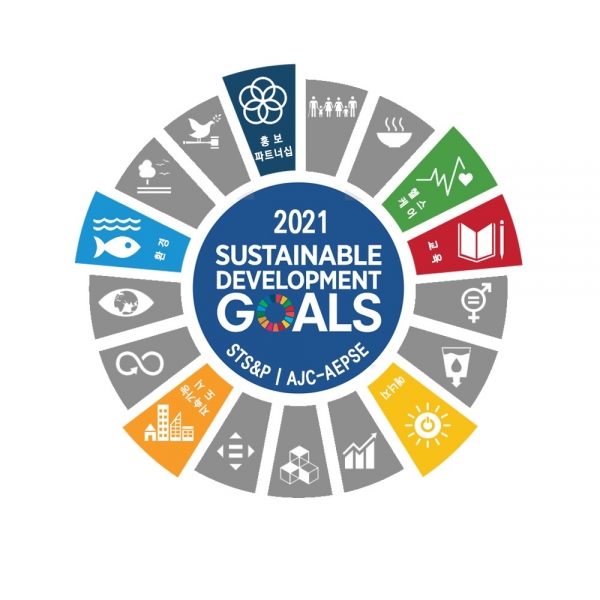 ▲ The 2030 Sustainable Development Goals (SDGs) adopted by the United Nations General Assembly aim to solve national problems such as economy, society, and environment. ▲Establish various cooperative systems in resolving global issues. ▲ Establish a marketing channel for excellent technology and products, and support continuous growth. ▲ To solve global issues, establish a cooperative system between the government, private companies, and NGOs so that existing industries can develop.

As it is an international event, various corporate support programs were prepared during the event period. About 200 booths will be opened for businesses’ technologies and products based on SDGs such as education, healthcare, energy, sustainable cities, and the environment. The booth will serve as a consultation window to introduce the technology, products and services of companies and organizations to UN officials and overseas buyers. In addition, an idea contest to solve economic, environmental, technological, and social problems is held. Select and support startup items related to global smart technology. An international conference was prepared covering various fields such as climate, environment, and peace. It is time to reflect on the practical industrial economy direction that companies around the world can seek and the meaning of contribution to human society that entrepreneurs should have.

See also  Three points to understand the working principle of Optimistic Rollup: What are the advantages and disadvantages compared to ZK Rollup?

About 120 English-speaking youths and UN-related ministers and vice ministers from 23 countries will also hold a forum related to the environment and recycling that youth should have in the international community through video. A mock UN conference is also held between students from each country, providing time to participate in the work of UN international organizations.

Participation in the UN procurement market (Article 24) for global entrepreneurs and international business for sustainable growth and development through practical economic cooperation with buyers and SNS sellers with on/offline consulting and sales capabilities for export and trade As an event, interest in this event is more special than ever.

In addition, 8 million overseas Korean SMEs and companies around the world can participate in UN procurement, export consultation, and plan e-commerce sales through SNS with sales followers. Officials explain that it is being prepared while contemplating the direction of continuous cooperation and support rather than focusing on one-time events. The entire PR line is also available from KBS and more than 100 domestic media networks, as well as 20 including Fox and ABC. Global marketing such as reporting to 500 media outlets in female countries, broadcasting in 20 countries, New York Times Square Reuters outdoor billboard, domestic Gangnam outdoor billboard, subway station advertisement, TV CF, on-site relay video buyer connection, on-site live broadcasting, etc. We plan to proceed systematically.

The award ceremony “International Leader Award” (Korea Proud Korean Grand Prize/Asian People Grand Prize/International Environmental People Grand Prize), which has been continuously held over the years, is also included in the event schedule, including the SNS Reporters Association, International Youth Environment Association, International Youth Culture Exchange Federation, IEC (International E-Sports Committee) and STS&P Organizing Committee are co-hosted. Since they can receive credible awards from the UN, the Busan Prime Minister and the National Assembly, social contribution companies and people in each field are expected to receive the awards. It has already won awards from politicians in domestic and foreign affairs, businessmen, art and culture people.

An official from the event said, “We hope that participating in the global UN procurement platform through the STS&P event will serve as an opportunity for sustainable technology companies to globalize and enter the market. In addition, we plan to do our best to become a convention that can continuously develop and support various distribution networks related to exports in addition to financial support through connection with the United Nations for balanced development between countries, smart technology, and global corporate growth. In addition, this event plans to have a practical communication time with domestic companies and administrative agencies by participating in the event together with VIPs in each overseas field and 40 global companies. ” he said.

What are the highlights of the just-concluded Solana Breakpoint conference?