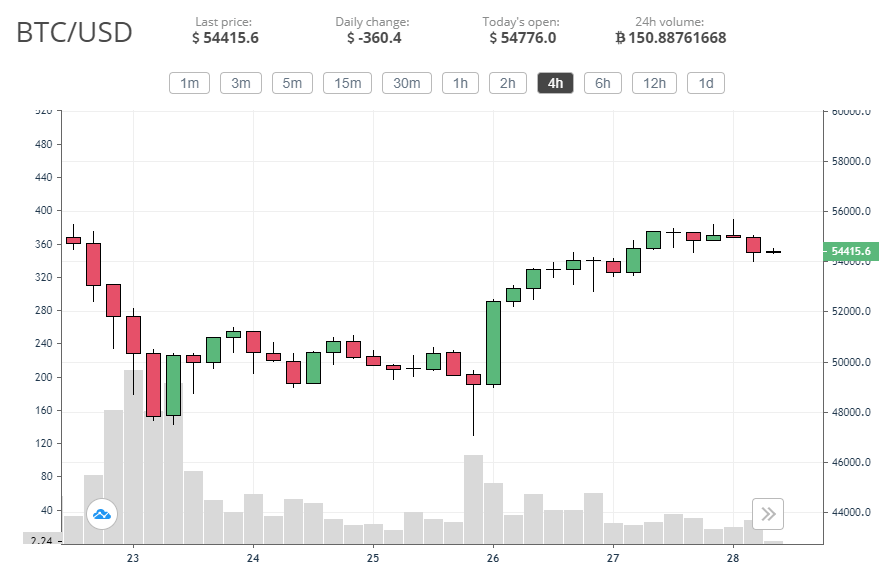 Bitcoin  continues to trade sideways, only at a lower level as of two days ago, April 26th. Prior to that, the coin saw a strong recovery that took it up from the lowest point in months, to mid-$50,000s.

The crash was not the first one that Bitcoin saw in recent weeks. Before that, the coin dropped from its ATH due to Turkey’s decision to ban the use of cryptocurrency as a payment method. The ban should come into force in only two days, on April 30th. However, following that, BTC dropped to around $55k, and it managed to keep itself from going further down.

However, expectations of the new US President, Joe Biden, raising the long-term capital gains tax for the wealthiest Americansto 43.4% led to a severe drop in BTC price.

On the plus side, there are signs that crypto is entering the mainstream, such as Coinbase going public and even getting options, PayPal launching new crypto features, allowing the use of crypto for shopping, and more.

What happened with the BTC price?

Nobody can tell with certainty where the coin will go from here, but it is expected that it will hit at least $80k by the end of Q2.