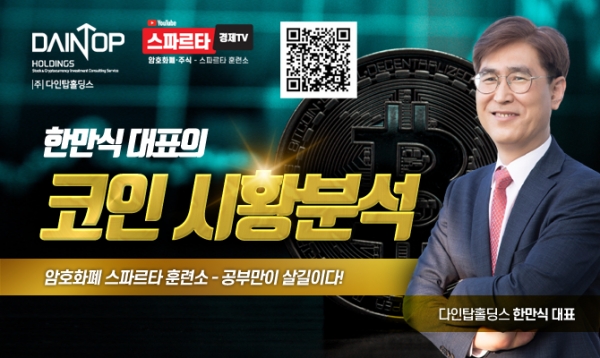 Dinvest Research Institute (CEO Man-sik Han) released data on the outlook and analysis of the Bitcoin and cryptocurrency market for the second week of November on the 9th.

According to the published analysis, in the first week of November, Bitcoin showed signs of consolidation after the listing of the futures ETF. It was a sideways market condition of stable maintenance rather than large volatility. In the process, altcoins attracted attention due to the strength of Ethereum, Metaverse, and NFT trend items.

Bitcoin maintains stable support while maintaining a strong position above 70 million won based on the KRW market in the face of declining trading volume. Since it took a breather after a short-term correction at the end of October, it is highly likely to show an upward trend this week after forming a box near KRW 74 million.

The institute said, “However, the key point is whether the Bitcoin dominance is continuously supported by 42%, and whether or not it can hit the 80 million won mark this week as the Bitcoin transaction volume rebounds ahead of the Bitcoin Tap Root update, but the high point update is not. If done, a short-term correction could occur,” he said in a technical analysis.

According to the analysis data, there has been a strong rise since the SegWit update, a Bitcoin soft fork in 2017, so much attention is being paid to the Bitcoin soft fork Taproot update for the first time in 4 years to improve privacy and transactions.

In addition, as the overheated overseas buying trend has gradually subsided since last Friday as a reverse premium occurred, the kimchi premium has risen again to the 2% level. Thanks to the rise of bitcoin, the possibility of the kimchi premium must rise by 5% or more to receive a significant upward momentum in altcoins as a whole. This is something to watch closely for a week.

In addition to this, the institute said, “In connection with Elon Musk’s 10% disposal of Tesla’s stock, as rumors circulated that capital would be transferred to coins such as Bitcoin or Dogecoin, altcoins, including Bitcoin, showed depression over the weekend. As it was a surviving point, the trading volume has not increased significantly, so even small news can change the market, so volatility is still high.”

Jaehak Kim, an analyst at Dinvest Lab, said, “Although the Bitcoin taproot update is more than a week away, the Bitcoin buying trend, which had been stagnant as Bitcoin has strengthened its bottom support, is reviving and seems to be finishing the downtrend to some extent.” Traditional altcoins are expected to strengthen this week as the coin maintains its support level and signals an upward movement.”

AMA with Raiinmaker at Asia Blockchain Community on 30 November 2021